The disbanded Future Forward Party (FFP) is taking a defiant stance in the wake of the Constitutional Court's ruling against it, vowing to set up a new movement to press ahead with a new wave of political campaigns outside parliament. 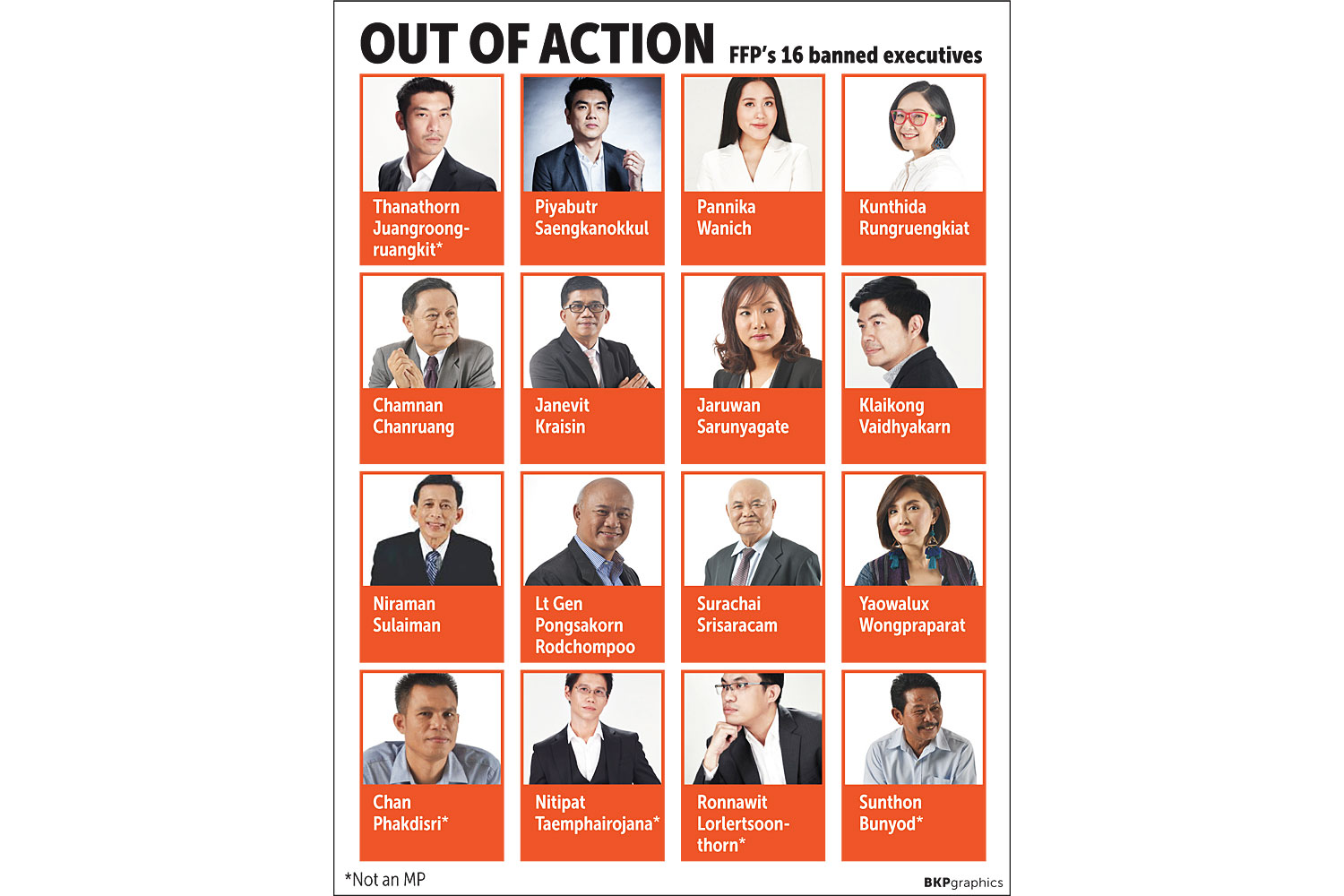 Speaking at the party's headquarters after the ruling, former FFP leader Thanathorn Juangroongruangkit announced the establishment of the Future Forward Movement to carry on the FFP's ideology.

The 16 party executives who were banned from politics will continue to work under the movement, Mr Thanathorn said. He also apologised to the public for failing to keep a promise to stop the military regime from clinging to power.

"This is not the time to be sad or cry. We have no time for those things. Don't change your mind. Don't lose your passion. Don't stop dreaming ... There is still the Future Forward Movement to campaign for progressive social and political agendas. There are still Future Forward MPs, and I believe they will carry on with the party's ideology in parliament," Mr Thanathorn said.

"Whichever party the MPs join, let's support them like you supported us," he said, adding that the Future Forward Movement will engage in local politics and will set up a foundation to improve education and the environment, working closely with the public.

"Our journey is far from over and we will move forward in a new form," Mr Thanathorn said.

Former FFP secretary-general Piyabutr Saengkanokkul said he disagreed with the ruling, and that he and Mr Thanathorn will continue with political campaigns nationwide.

The Constitutional Court yesterday dissolved the FFP and banned its executives from politics for 10 years for accepting 191.2 million baht from an illegitimate source.

The court decided that the money party leader Thanathorn Juangroongruangkit lent to the party was considered "other benefits" under Section 66 of the Political Parties Act, which limits donations to 10 million baht per donor per year. According to the court, the Election Commission, the petitioner in this case, was empowered to take criminal legal action against the FFP executives. They could face five years in jail if found guilty.

The European Union's Foreign Affairs and Security Policy spokesperson issued a statement saying the dissolution of FFP, one of the main opposition parties, is a setback for political pluralism in Thailand. The party won more than 6 million votes in the March 2019 election.

In terms of its economic effect, Tim Leelahaphan, an economist at Standard Chartered Bank (Thai) said, "We will see if there is resistance from the party's supporters.

"The risk is still low, in our view, but noise is rising. That is unlikely to help an already-slowing economy," he said.