Police search an auto parts shop in Krathum Baen district, Samut Sakhon and arrest the two proprietors, who are accused of treating their Lao employee like a slave. (Police photo)

SAMUT SAKHON: A couple who run an auto parts shop have been arrested and charged with illegally detaining a young Lao employee and treating her like a slave for eight years.

The couple were charged with human trafficking by reaping profits from another person through exploitive and forced labour, hiring an unregistered migrant worker and deprivation of the worker’s freedom.

Pol Col Apisan Chaiyarat, superintendent of Anti-Trafficking in Humans Division sub-division 4, said the arrests followed a tip-off that a young Lao worker had been exploited by her employers for many years.

Police obtained a court warrant to search the shop, where they found the two suspects and a Lao woman identified only as Phorn, 21.

When questioned, Ms Phorn said she had been sent to work for the couple by a Lao job broker when she was 13. She had been paid 1,500 baht a month for awhile, then her employers allegedly stopped giving her wages and confined her in a storage room. She had not been allowed to go out or to contact anyone.

The woman alleged that her employers had assaulted her, slapping her face and hitting her with a broom and electrical wires. They also scolded her, using rude words, if ever customers received the wrong products.

Ms Phorn said she once tried to run away, but was caught and returned to the shop. Her employers told people she was mentally deranged.

Once back at the shop, she was beaten, she alleged. The young woman said her employers even put their feet on her face, and hit her with a wooden baton.

She had not had a day off until 2014. She now had Sunday off every week, but her employers did not allow her to go anywhere. She was told to stay inside her room.

During festivals they just left her some instant noodles, then closed the shop and locked the doors.

Police interrogated the couple, but both denied the charges. They were being held in custody at Krathum Baen station for legal action.

Social development and human security officials said they would provide assistance for the young Lao woman. 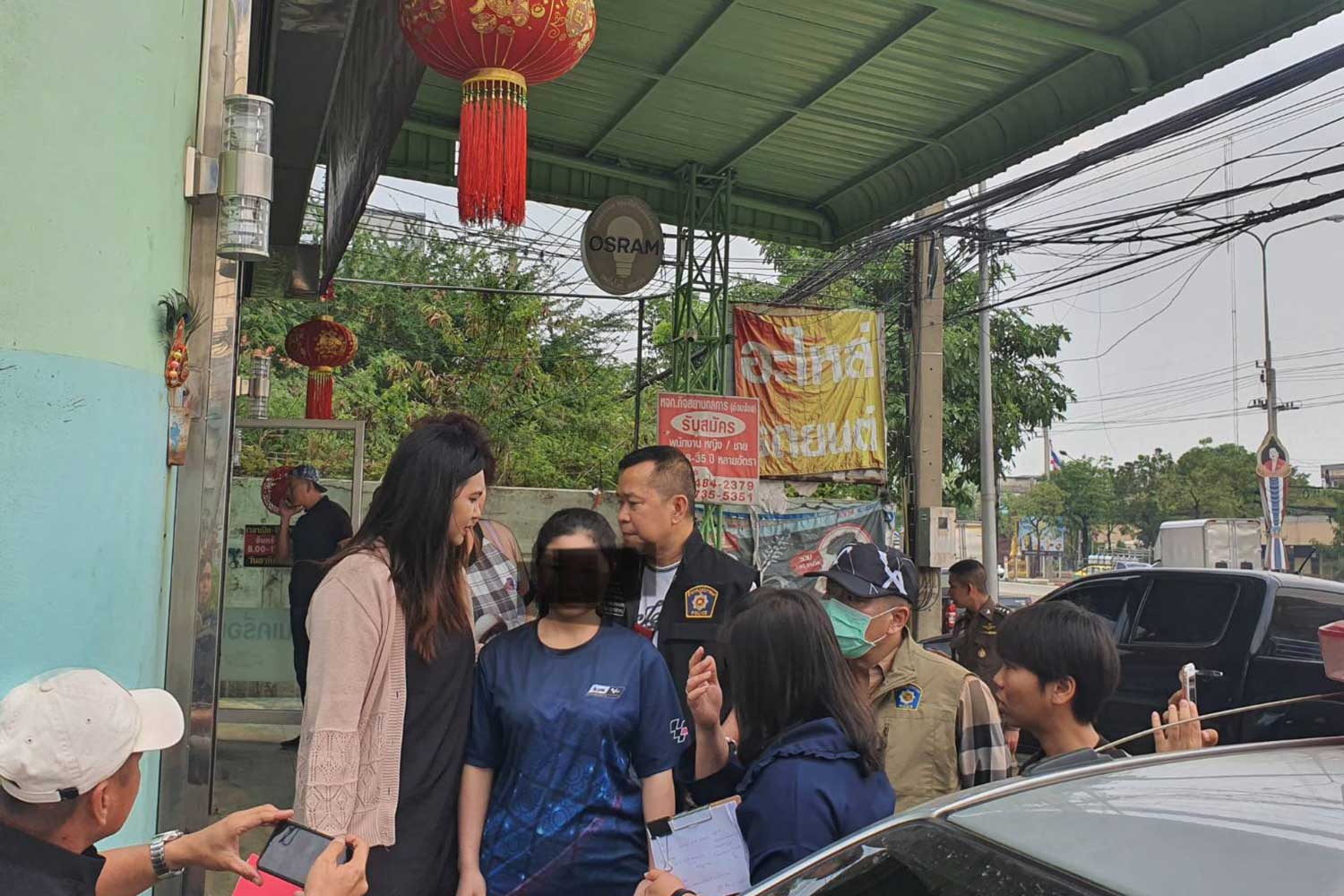 Police with the 21-year-old Lao woman rescued from an auto parts shop in Krathum Baen district of Samut Sakhon. She accused her employers of  forcibly detaining her and assaulting her over many years. (Police photo)