FLARE FOR DESIGN: The solar rooftop at Thammasat University's Rangsit Campus is the largest among all universities in Asia, and ranked fourth in the world in terms of size.

Universities and their buildings and infrastructure are more than just the physical space where students and their professors meet for lectures.

These learning institutions improve and rejuvenate the areas they are situated in, and become inexorably linked to the communities which they serve.

One recent example is Thammasat University's Rangsit campus in Pathum Thani, which recently embarked on a collaboration with Harvard University and three Thai companies to design and build a satellite city in the adjacent Nava Nakorn Industrial Zone.

The project is being touted as the "Thammasat-Nava Nakorn Smart City" and the first draft of a blueprint is expected to be finalised by the middle of the year.

In January, Thammasat University signed memoranda of understanding (MoUs) with three companies -- Nava Nakorn Plc, operator of the nearby industrial estate, RATCH Group Plc a power company, and ALT Telecom Plc -- regarding finance and related academic activities under the project.

The project will be carried out by Thammasat Design School and Harvard University's Graduate School of Design (GSD).

This collaboration will see students and researchers from the two universities conduct research and share ideas in a project-based studio course, according to Assoc Prof Gasinee Witoonchart, rector of Thammasat University.

"We are collaborating with the private sector and world-class universities to create changes in society.

"We are also integrating the lessons of social science research into these projects. The signing of this MoU further conforms to the university's vision," she said. 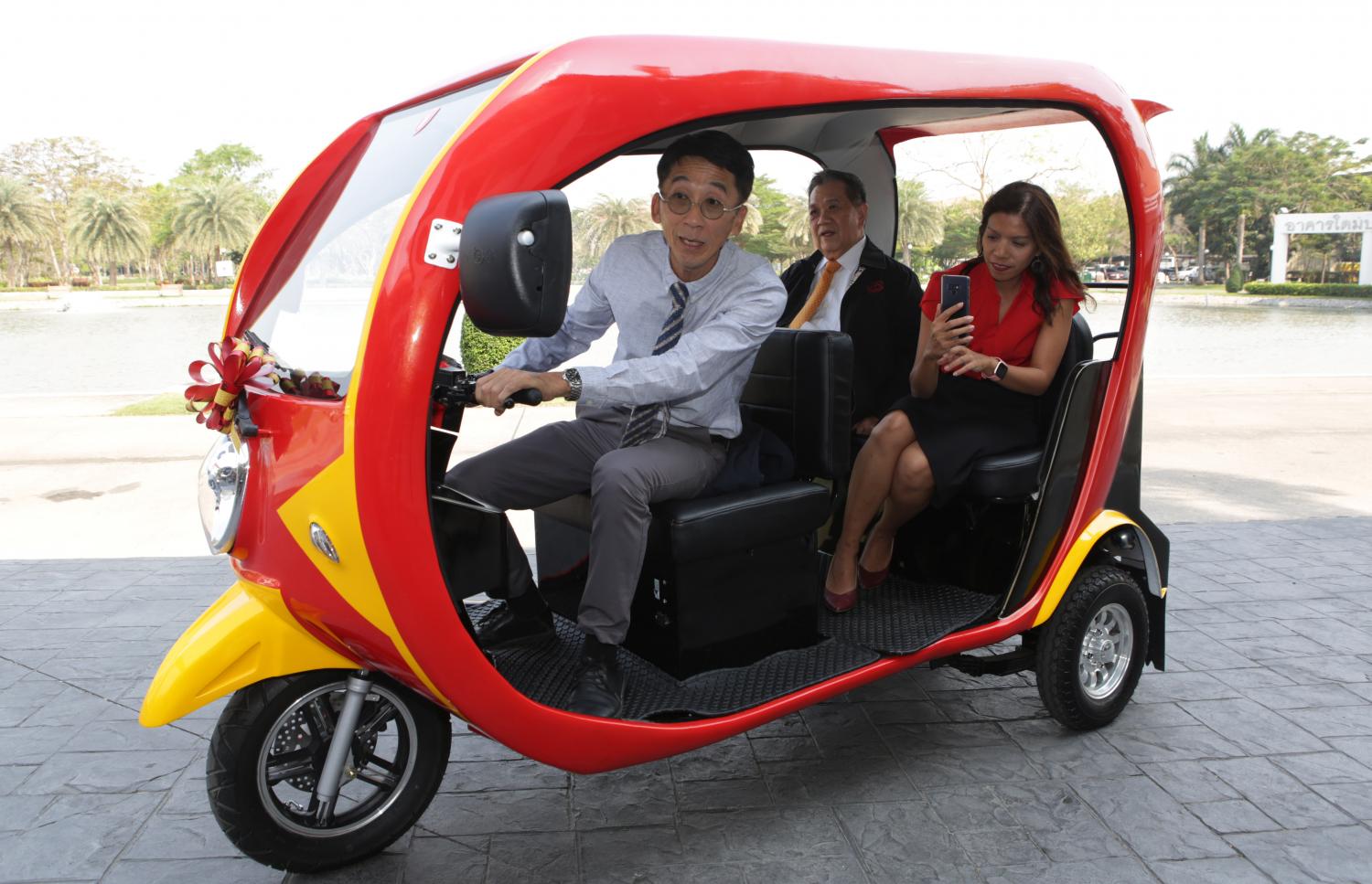 The goal of the project is to create an efficient feedback loop so that facilities and services can be provided more efficiently in line with a policy of climate-change resiliency and sustainability.

So far, GSD and Thammasat's Faculty of Architecture and Planning have received about 2.26 million baht from three companies.

Assoc Prof Gasinee said in the next phase the university will access other players to help realise the blueprint.

"Our plan will be successful only if we have support from the government. Therefore, Thammasat will collaborate with the government and meet the ministries for more discussion in detail," Assoc Prof Gasinee said.

The project is the offshoot of the Smart City Concept under the framework of the Digital Economy Promotion Agency.

A 1,757-rai field on Thammasat's Rangsit campus will be combined with 6,500-rai of the Nava Nakorn Industrial Zone where 150,000 people work in factories and houses and dormitories to create the new satellite town, according to Asst Prof Asan.

He said the under-construction Red Line extension section from Rangsit area to Thammasat will help to connect the area, allowing people to easily travel to and from Bang Sue Station.

At the moment, researchers and students are conducting field trips to survey the area. 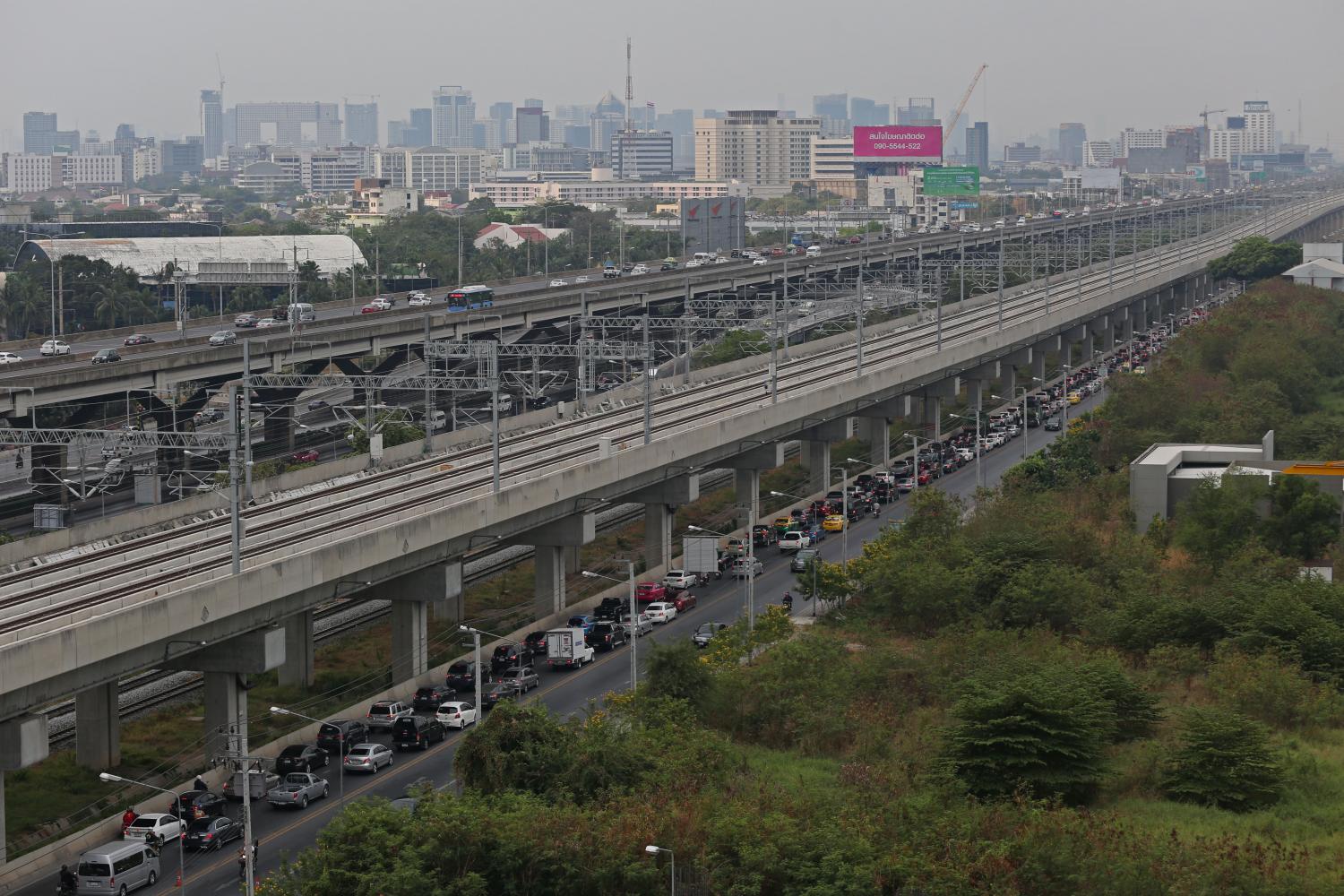 Workers inspect progress on the construction of Bangkok's Red Line, which runs alongside existing train tracks and adjacent to Vibhavadi Rangsit Road. When finished, it will link Thammasat Rangsit campus and vicinity area with Bangkok. Varuth Hirunyatheb

The next phase will incorporate this data into a blueprint that is in line with the seven elements of the smart city, he said.

The results of the study will be tabled to Ministry of Digital Economy and Society once the blueprint is drafted.

The location has communities, education institutions, innovation organisations, and a major manu-facturing sector in addition to having the potential to house a new research and development centre, he added.

This neighbourhood, he said, "is unique".

"It also has National Science and Technology Development and Asia Institute of Technology academic institutes nearby as well as other nearby universities.

"As an architect with the dream of seeing real smart cities become a reality, I can say that no other location is as suitable for such a development as this one," he said.