Man caught with gun on way to shoot wife, lover

Police hold Somkhid Ruennangyaem after finding an registered pistol and ammunition in his possession, in Phra Nakhon Si Ayutthaya district of Ayutthaya province on Tuesday. He allegedly confessed he planned to shoot his wife and her lover at a shopping mall. (Photo via Sunthorn Pongpao)

AYUTTHAYA: A man stopped at a traffic checkpoint and found to be carrying a pistol and ammunition confessed he was on the way to shoot his wife and her lover at a nearby shopping mall, police said.

Motorcyclist Somkhid Ruennangyaem, 45, was pulled over for a search near Naresuan bridge in tambon Pailing, Phra Nakhon Si Ayutthaya district, about 11am on Tuesday.

He was found to be in possession of an unregistered gun loaded with one bullet. Seven more bullets were found under the motorcycle seat, police said.

Mr Somkhid, who lives in the district, allegedly confessed he was carrying the gun because he was on his way to see his wife, who works at a nearby shopping mall. He had learned she was romantically involved with another man who also worked at the mall.

If he could not settle the love triangle, he planned to shoot her and her lover, right there, inside the shopping mall, Mr Somkhid allegedly said.

Police held him in custody and pressed charges of illegal possession of a gun and ammunition and carrying them illegally in public. 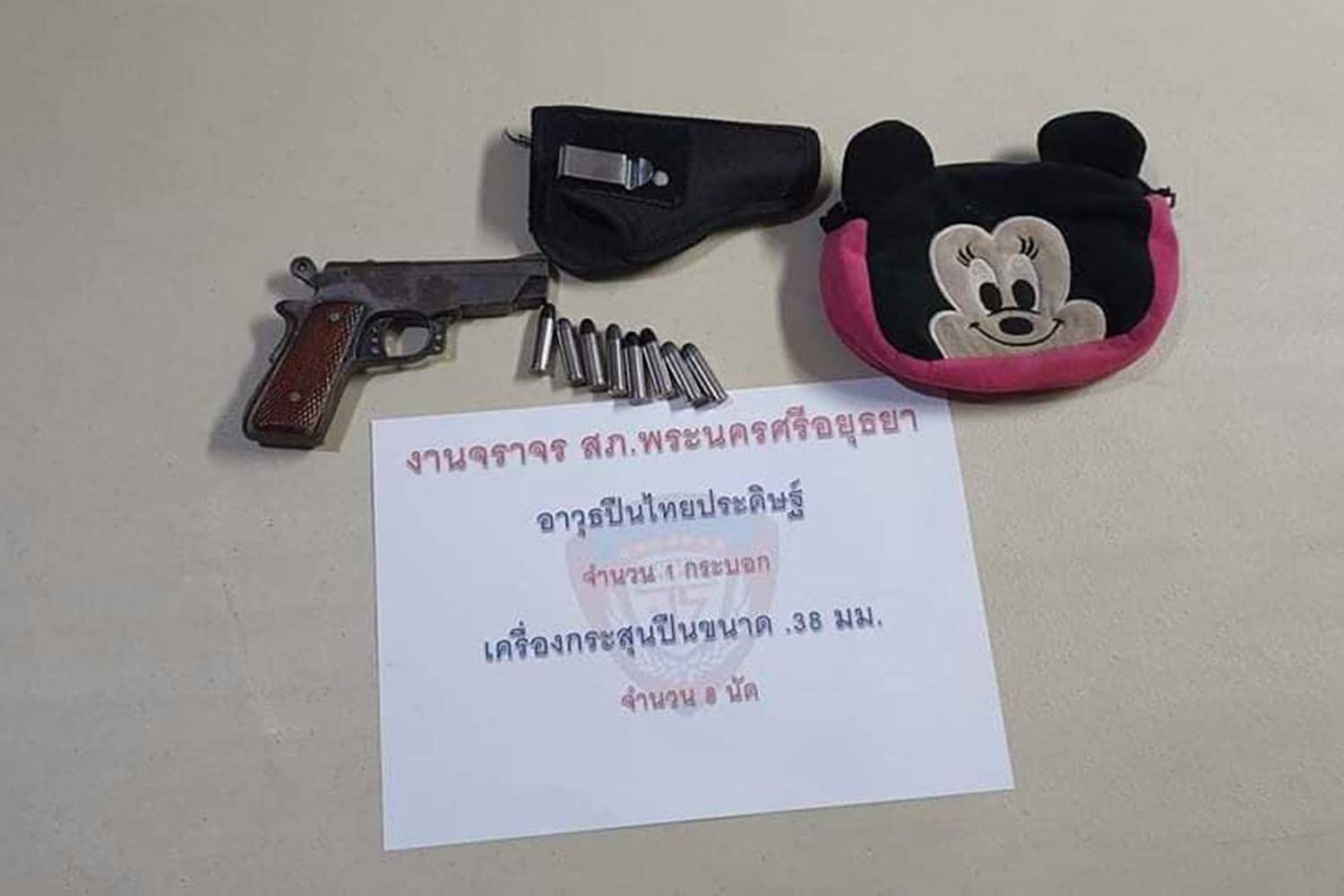 The gun and eight rounds seized from a motorcyclist Somkhid Ruennangyaem in Ayutthaya. (Photo: Sunthorn Pongpao)