The two remaining Chinese suspects wanted by Thai police for the murder of a compatriot whose body was found stuffed in a suitcase in the Ping River have been arrested in Myanmar.

The two other suspects, pictured above, were previously arrested in Myanmar and handed over to Thai authorities.

The four men were wanted on arrest warrants issued by the Kamphaeng Phet provincial court on charges of premediated murder.

Fan Gang Gang, 24,  and Qin Miao, 31 were earlier caught in Myanmar and handed over to police and immigration officers at the Tak-Myawaddy border crossing on Wednesday. They were flown back to Kamphaeng Phet.

According to police, Fan Gang Gang and Qin Miao confesed to having murdered Wang Ju, 30, in Pattaya over a business debt.

A suitcase containing Wang Jun's body, his arms and legs tied, was discovered in a black suitcase found floating in the Ping River in Muang district of Kamphaeng Phet on Feb 25.

Media reported that police divers were searching the Ping River in Kamphaeng Phet for a second suitcase on Thursday, after one of  the first two suspects arrested confessed they also killed a Chinese woman, put her body in a suitcase and  dumped that in the Ping River, too.

Pol Maj Noppakhun Ananthawong, crime suppression chief at Muang police station in Kamphaeng Phet, said about 60 divers and backup personnel were searching the river over a distance of more than 12 kilometres 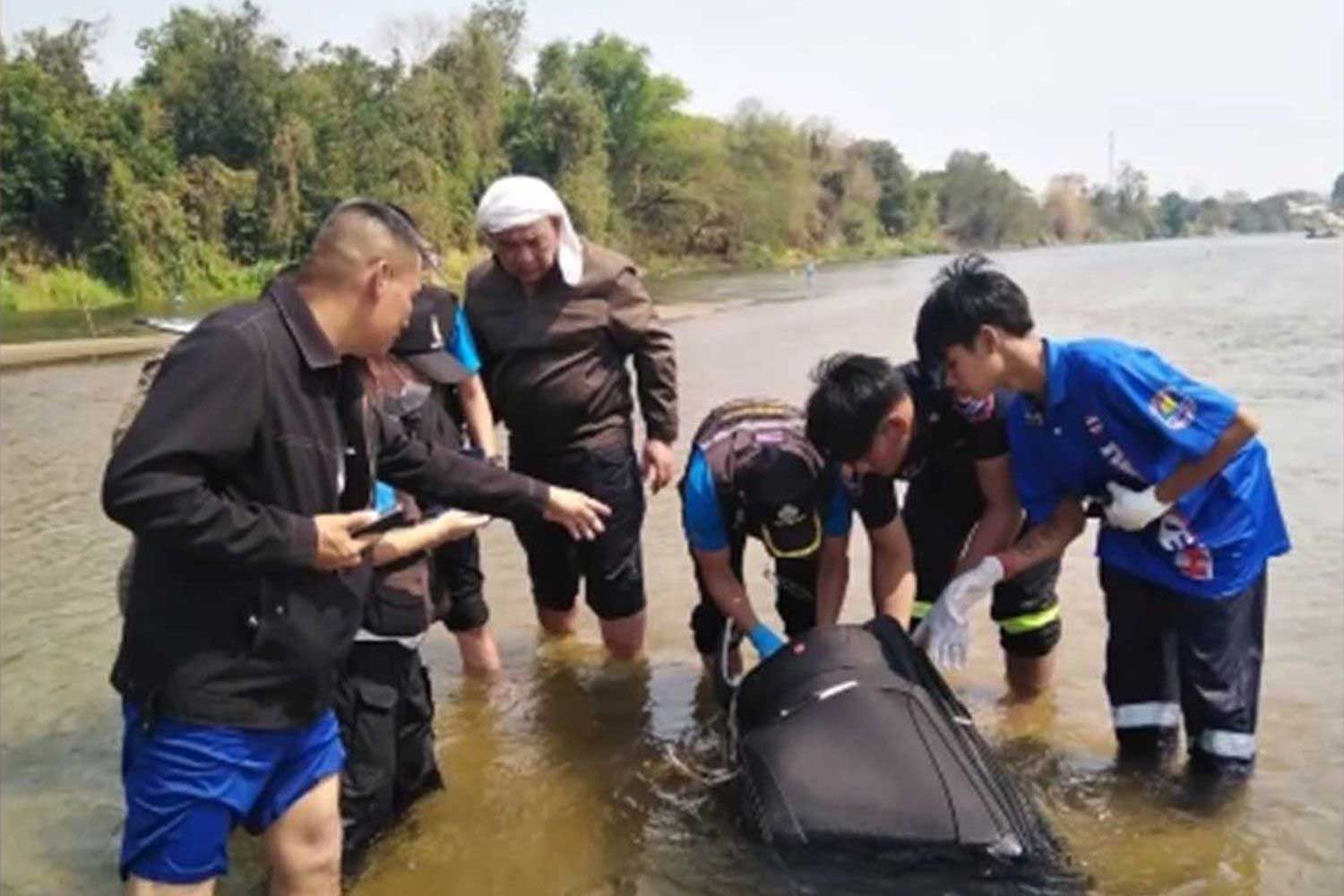 A black suitcase containing the body of a murdered 30-year-old Chinese man, Wang Ju, is pulled from the Ping River in Muang district of Kamphaeng Phet on Feb 25. (Screenshot from TV Channel One31)