25kg explosive device believed to be work of southern insurgents

Soldiers, police and bomb disposal officers inspect the scene of a bomb blast in Rangae district of Narathiwat on Friday evening. Two rangers were hurt in the explosion. (Photo by Waedao Harai)

NARATHIWAT: Two rangers were hurt in a bomb blast as their team returned from taking part in a cleanup at a mosque to combat the spread of the coronavirus in Rangae district on Friday evening.

The explosion occurred on a local road in Lamai village of tambon Bo-ngo on Friday evening, said Pol Lt Col Paiboon Wattatham, the investigation chief of the Rangae police.

Eight rangers was returning to their base — four on a pickup truck and two on a motorcycle — when a roadside bomb went off, he said.

The force of the blast wounded two — Penphet Yammali, 30, and Witthaya Tengrang, 30 — who were sitting in the back of the pickup truck. They were rushed to Rangae Hospital.

Police, soldiers and bomb disposal officers who went to the scene found a heavily damaged power pole and shrapnel scattered in the area. The military pickup was partly damaged.

A police investigation found that the ranger team had been helping with a cleaning activity at Ban Lamai mosque on Friday. The home-made bomb, planted near a power pole, was detonated when their pickup passed the spot.

Authorities believed the bomb, weighing 25kg, was the work of insurgents seeking to target security forces.

Just last week, 25 people were injured when two bombs were set off outside the Southern Border Provinces Administrative Centre in Yala, where a meeting on Covid-19 prevention was taking place. 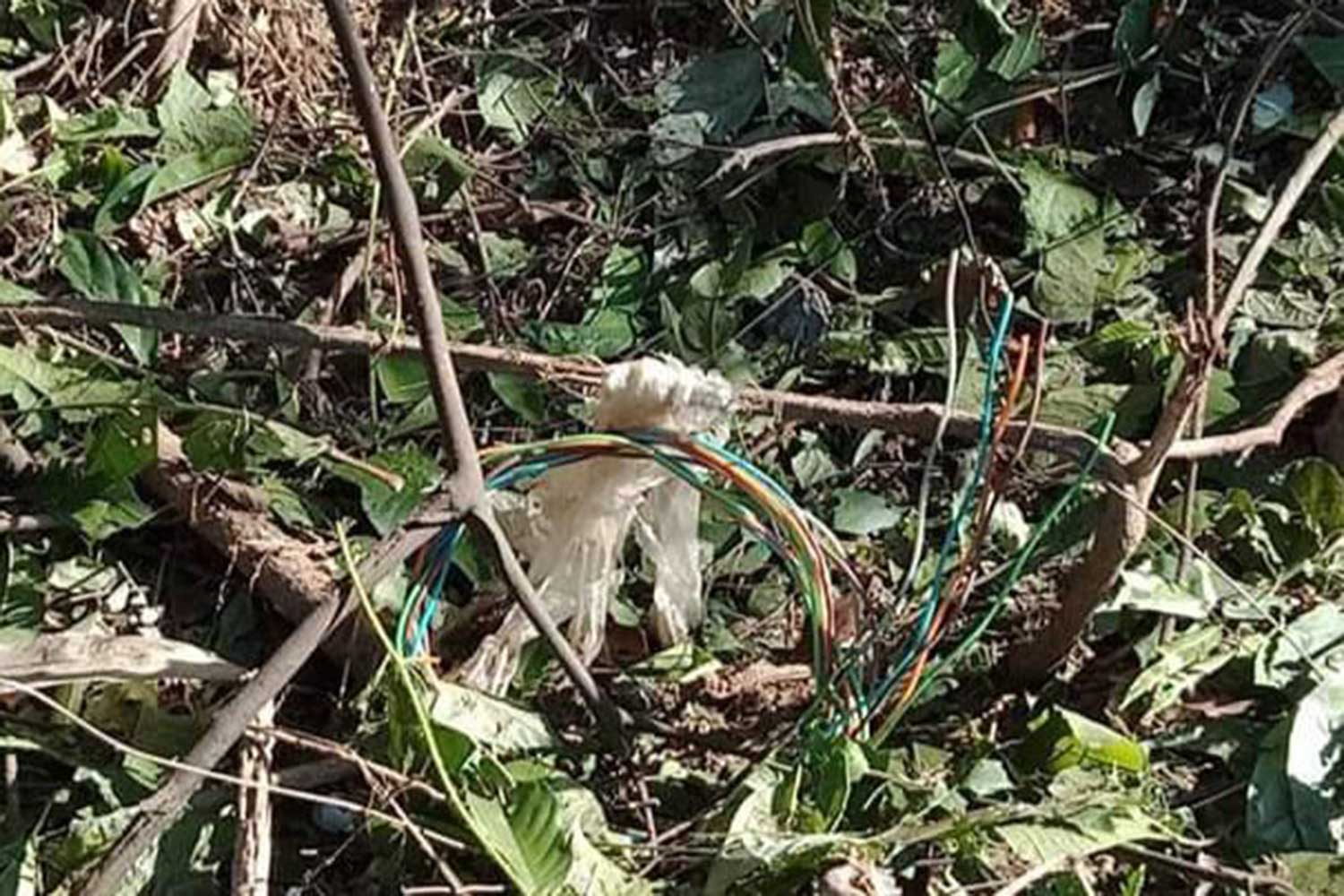 Wires used in the detonation of the bomb are found in a roadside bush in Rangae district of Narathiwat. (Photo by Waedao Harai)