Yala struggles to enforce ban on Friday prayer at mosques

Authorities want to see all mosques temporarily suspend prayers on Friday to battle the spread of Covid-19 in Yala, which is hit the hardest among southern border provinces. (Photo: Patipat Janthong)

Yala authorities are hard-put trying to convince local Muslim leaders of the need to obey the Chularatchamontri's order suspending Friday prayers at all mosques, amid worries that mass gatherings spread the coronavirus disease.

Provincial governor Chaiyasit Panitpong has meanwhile called on residents to contact health personnel if they suspect people in their neighbourhood are infected with the virus.

Yala is the southern border province hit hardest by the pandemic. The Centre for Covid-19 Situation Administration on Wednesday reported the number of infections at 35, one more than neighbouring Pattani.

But the Provincial Public Health Office in Yala posted on Wednesday that there were 41 cases. Officials in Yala could not be reached for comment.

There  have been 12 deaths nationwide attributed to Covid-19 -- and two of them occurred in Yala during a three-day span, between Sunday and Tuesday. Both victims had visited Kelantan state in northern Malaysia on separate occasions, and developed symptoms after returning to the province.

The Chularatchamontri on March 25 announced the suspension of Friday prayers at all mosques and advised all Muslims to instead pray at home, to help curb the spread of the virus.

Friday prayer at the local mosque is the most important prayer of the week for Muslims. Authorities are worried that large gatherings could worsen the spread of the disease. They have locked down Yala province since Sunday, when infections rose suddenly, telling people to stay in their homes.

The province has 514 mosques, both big and small, and they are in all districts. And 30 of them in Betong, Yaha, Bannang Sata and Than To districts defied the Chularatchamontri call and called the faithful to prayer at the local mosque last Friday. (continues below) 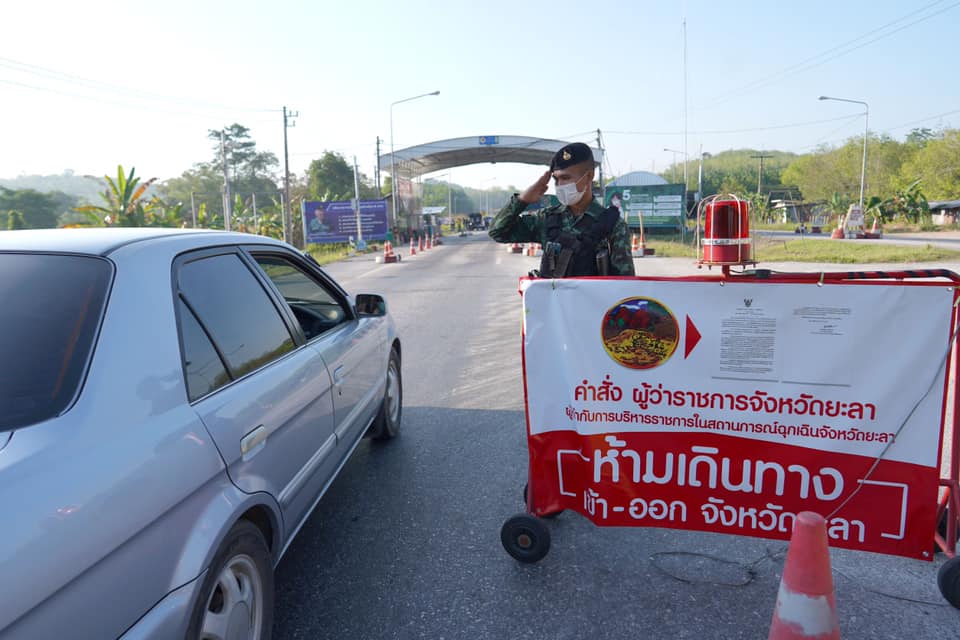 A copy of the order has been posted outside each of the defiant mosques, he said, and warned that authorities will shut their doors this Friday, preventing people entering the mosques for prayer.