Lost jobs and benefits failures leave many on the brink

The Covid 19 crisis has dealt a devastating blow to migrant workers who don't qualify for the government's financial aid package and have been deprived of the social security benefits they are normally entitled to. 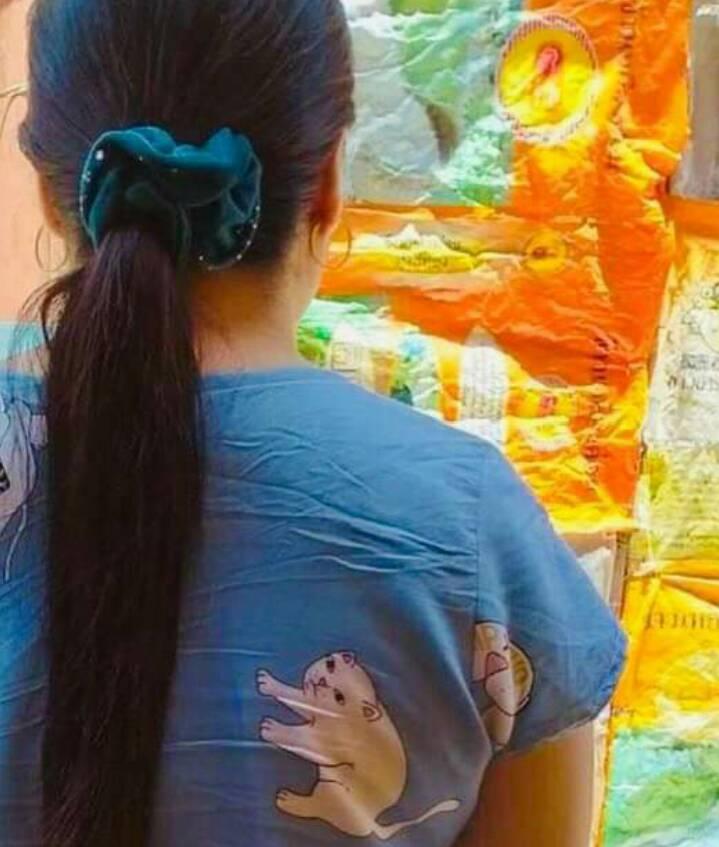 Sa, a Myanmar migrant, says she and other migrant workers face dim prospects after being laid-off.  photo by Labour Protection Network

The pandemic has left the job market in disarray with the workforce crippled by the vast numbers furloughed or put out of work permanently due to business closures.

Sa, a Myanmar migrant who has been working in Thailand for over 20 years, said she was shocked to have lost her job at a furniture company in Samut Sakhon.

She was caught off guard because her employer repeatedly assured her and her fellow migrant workers that no one would be laid off.

However, on March 31, the workers were told the business had shuttered and their employment was no longer required.

"The employer simply told everyone to pack up, go home and not to come to work again," Sa said.

"We were in shock to hear that, as it was impossible to return to Myanmar as the border had been closed," she added.

The last pay she and 50 other Myanmar workers received on March 31 was the only money they had on which to survive. It did not stretch far after they paid for rent and food.

Neither did the furniture company give her any reward for her long service -- she had worked there for over a decade.

Laid-off migrant workers are not entitled to the 5,000 baht virus relief cash handouts from the government. That is for two reasons: the first being that they are foreign nationals and the second because they subscribe to the Social Security Fund which qualifies them for unemployment compensation.

However, they cannot claim this benefit because their former employers failed to promptly notify the Social Security Office of the termination of their employment.

The rate of compensation amounts to 62% of daily wages with the maximum compensation period capped at 90 days. About 8,000 jobless workers received their first payment on April 27.

Many other migrant workers who lost their jobs as a result of the Covid-19 outbreak are facing the same fate, Sa said.

Aside from her day-to-day costs of living, Sa has many mouths to feed back home in Myanmar.

Her parents and other relatives relied heavily on the money she earned in Thailand.

"All of them [the migrant workers] are suffering consequences of unemployment … some don't even have money to buy milk for their infants," said an academic who took part in carrying out the survey.

"They are in desperate need of rice and dried food as they have run out of money, not to mention the rent they still have to pay, which is between 1,800 baht and 2,500 baht a month each," the academic said.

For Aung, another now-unemployed worker from Myanmar, what worries him the most is the fact that he and many other laid-off migrants have technically now become illegal immigrants as they have been unable to find new jobs.

The labour law requires them to find a new employer within 15 days of their employment being terminated, or else their legal migrant worker status will automatically expire, he said.

Aung urged the Labour Ministry to consider relaxing this regulation during the Covid-19 crisis as finding a new job quickly in such an economically difficult time is nearly impossible.

Channy Ven, a 31-year-old Cambodian migrant worker, said she and her husband lost their jobs at a seafood processing factory in the southern province of Songkhla early last month.

Their employer suddenly stopped hiring them and gave them a final pay cheque.

All of that money has since been spent, she said. Living from month to month, the final portion of the money was soon gone after paying rent, buying food and covering the basic necessities.

The couple needed to borrow money to send home to Cambodia to care for their four children being raised by their maternal grandmother.

Worried their children would not have anything to eat, Channy said she had no choice but get a loan.

"We're backed into a corner. It looks like I might have to skip some meals to survive this crisis while in Thailand," she said.

"I pray and wish for the Covid-19 to end and for everything to return to normal so that I can go back to work and have money to send home," she added.

Sometimes she cooks soup made purely of ivy gourd leaves picked from bushes near her place, which she eats with steamed rice, she said.

Channy said she counted her blessings that state agencies and civic groups had donated fresh produce to her family and other laid-off workers so they can survive, albeit with difficulty.

Suthasini Kaeo-leklai, a member of the MWRN, said many migrant workers, especially those without any form of income due to business suspension, did not receive the standard unemployment compensation because their employers failed to inform the Social Security Office of the employees' work suspension or job termination.

Labour rights advocacy groups have tried to help by calling for donations of dried food and other necessities, which have been distributed to affected workers in Bangkok and Samut Prakan, Phetchaburi, Phuket Pathum Thani and Samut Sakhon, said Somphong Sakeao of the Labour Protection Network.