The rankings, which can be accessed online, were announced on Friday, said the university's acting president, Dr Banchong Mahaisavariya, on Monday.

A total of 11 Thai universities made the list, which compares 829 higher education institutes worldwide -- including Chulalongkorn University, Suranaree University of Technology and Chiang Mai University.

Mahidol ranks 399th globally in terms of its overall score this year -- up from 428th last year. 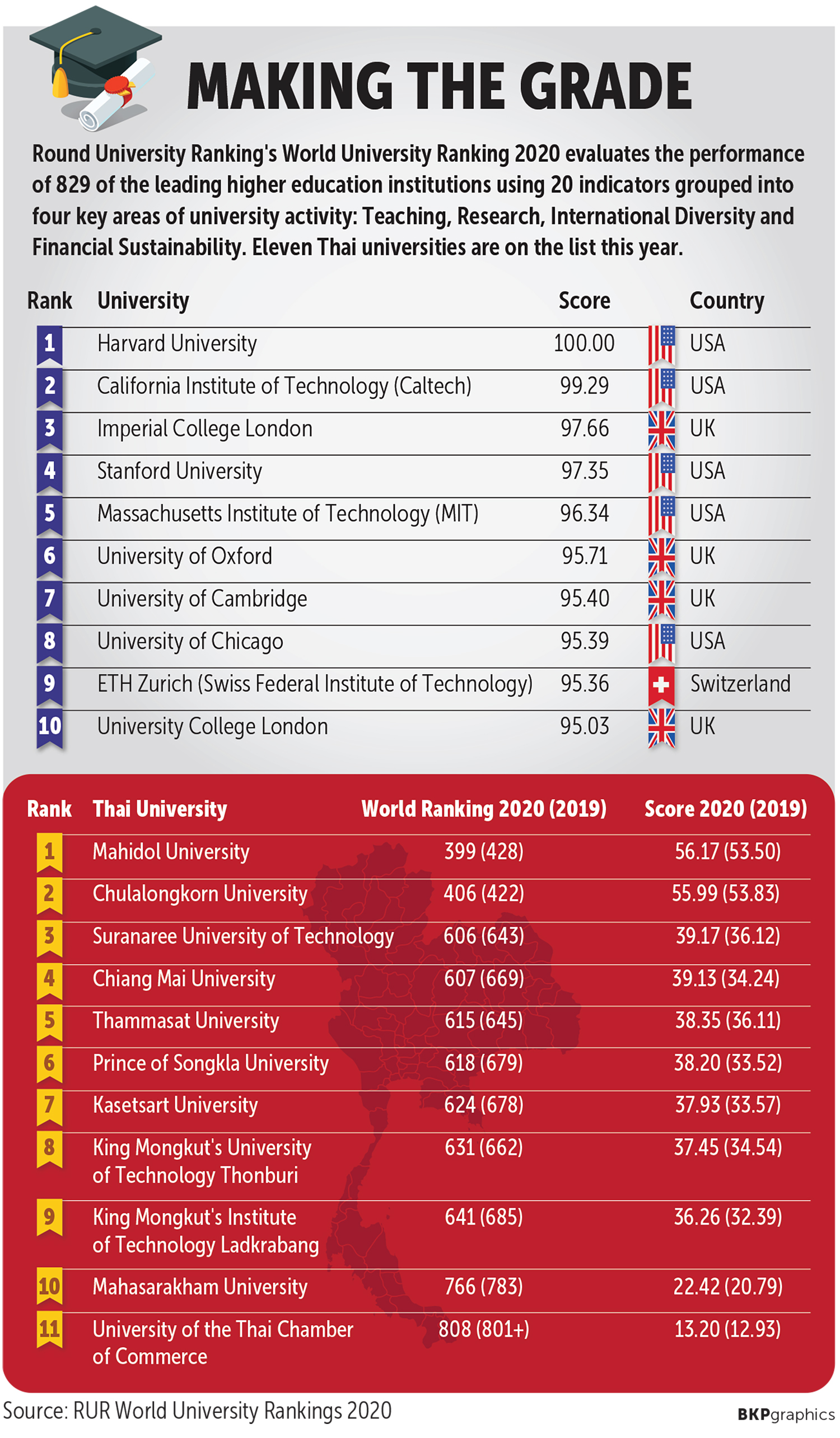