No safety net for those hit by business closures

At the very least, she will have enough to feed herself and her unborn child. But the harsh reality is the border remains shut and she cannot find a new job during the lingering Covid-19 crisis, although her debts keep multiplying.

Her husband went back to Myanmar to apply for a passport before the outbreak struck but the border closed before he had a chance to come back to Thailand.

War War Hywe is living alone in a small rented room in Om Yai area of Nakhon Pathom where she and her husband worked at a textile factory for five years before the business closed. 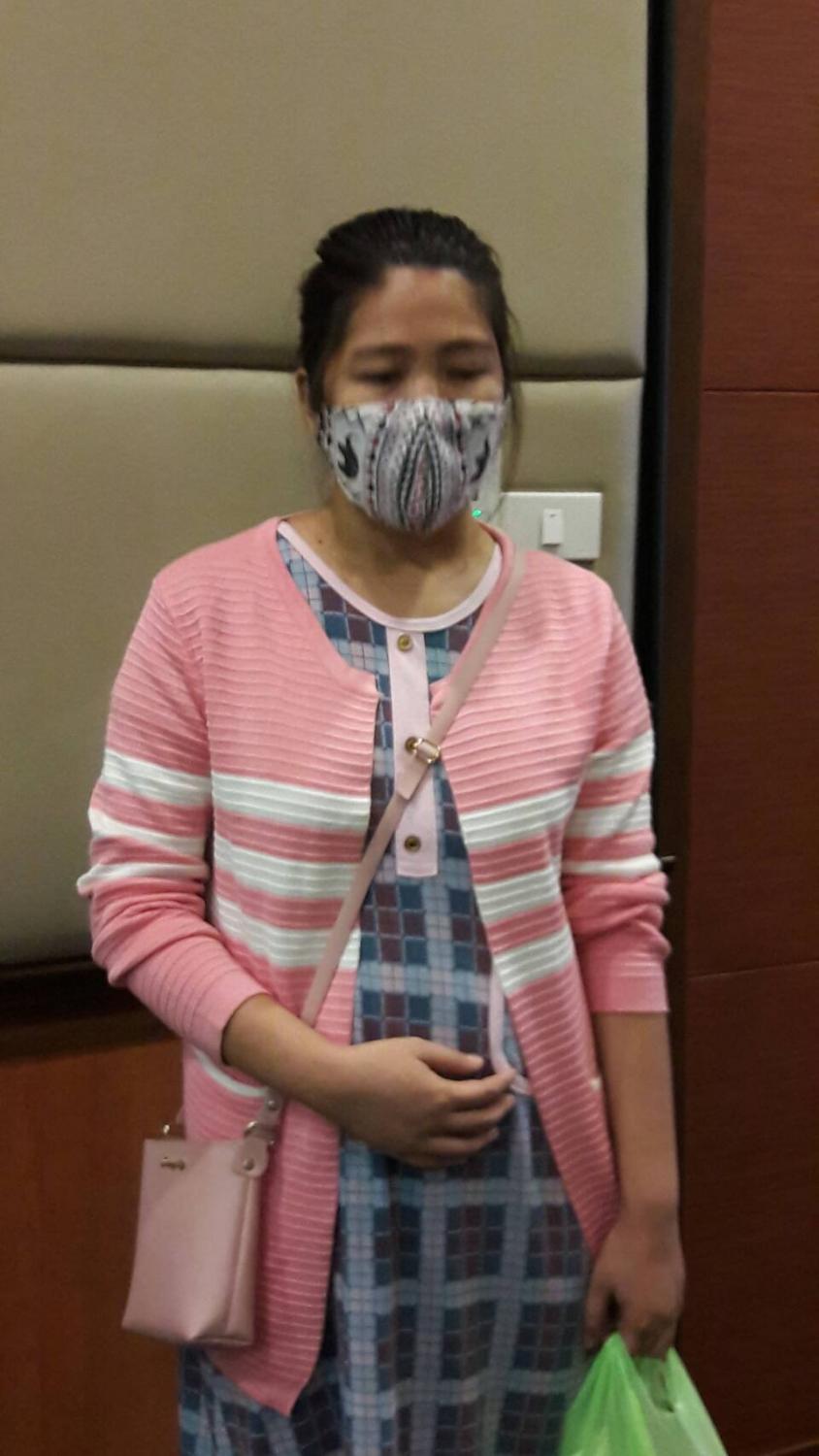 "If I wasn't pregnant, it would be fine if I skipped a meal. But now that I'm four months pregnant, I'm very worried about the baby's health," - War War Hywe, a migrant worker.

She delved into her savings to pay rent and food expenses but quickly ran out of money, forcing her to take out a loan. She moved into a rented room she shares with other migrant workers to reduce her costs.

War War Hywe remembers when her boss at the factory told her and fellow migrant workers to take extra days off without pay. Even then, the move did not strike her as spelling an end to her employment.

While Thai workers at the factory were covered under the social security system and receive unemployment benefits, migrant workers holding pink cards are not so lucky. The card grants migrant workers the right to work temporarily in Thailand pending their application for a work permit.

"My friends agreed to help me with the room sharing and to help find money to buy food. They took pity on me," War War Hywe said, adding she has run up debts of over 10,000 baht. "All I want now is for someone to take me home so that I no longer have to deal with this on my own."

"If I wasn't pregnant, it would be fine if I skipped a meal. But now that I'm four months pregnant, I'm very worried about the baby's health," she said, stroking her bulging belly. All she can do now is keep telling her baby to be strong while waiting for her husband to come back soon.

Khamphun, a male migrant worker from Laos, is in a better situation. He still has a job, although he now works only two to three days a week, earning about 20% to 30% of the pay he made before Covid-19.

He has been employed at a plastic factory in the Rama II area of Bangkok for more than 10 years. Before the crisis, he and his wife used to send home 10,000 baht a month, much of which is used to repay his mortgage and feed their children back in Laos.

Now, the couple manages to wire only 2,000 baht a month to Laos because they had to take a pay cut. Mr Khamphun's mother has had to borrow money to repay the debt for him.

"I wish the Covid-19 crisis would blow over soon so everything could return to normal," he said.

The pandemic has dashed his hopes of paying off his mortgage in two years and save 200,000 baht to open his dream business of repairing electrical appliances in his hometown in Savannakhet province.

He and his wife are covered by the social security system. About 500 baht is deducted from their pay per month and contributed to the Social Security Fund (SSF). However, the fund has waived the employees' monthly contributions for three months until next month in light of the Covid-19 crisis.

The suspension of the SSF monthly contributions is one of the measures which were rolled out to ease expenses for workers. The non-governmental organisations who defend migrant workers' rights have urged the government to do more to cushion the impact of the economic fallout from the crisis on migrant workers.

They proposed the government set aside a fund to help boost employment and to finance the rehabilitation of businesses damaged by the Covid-19 outbreak. 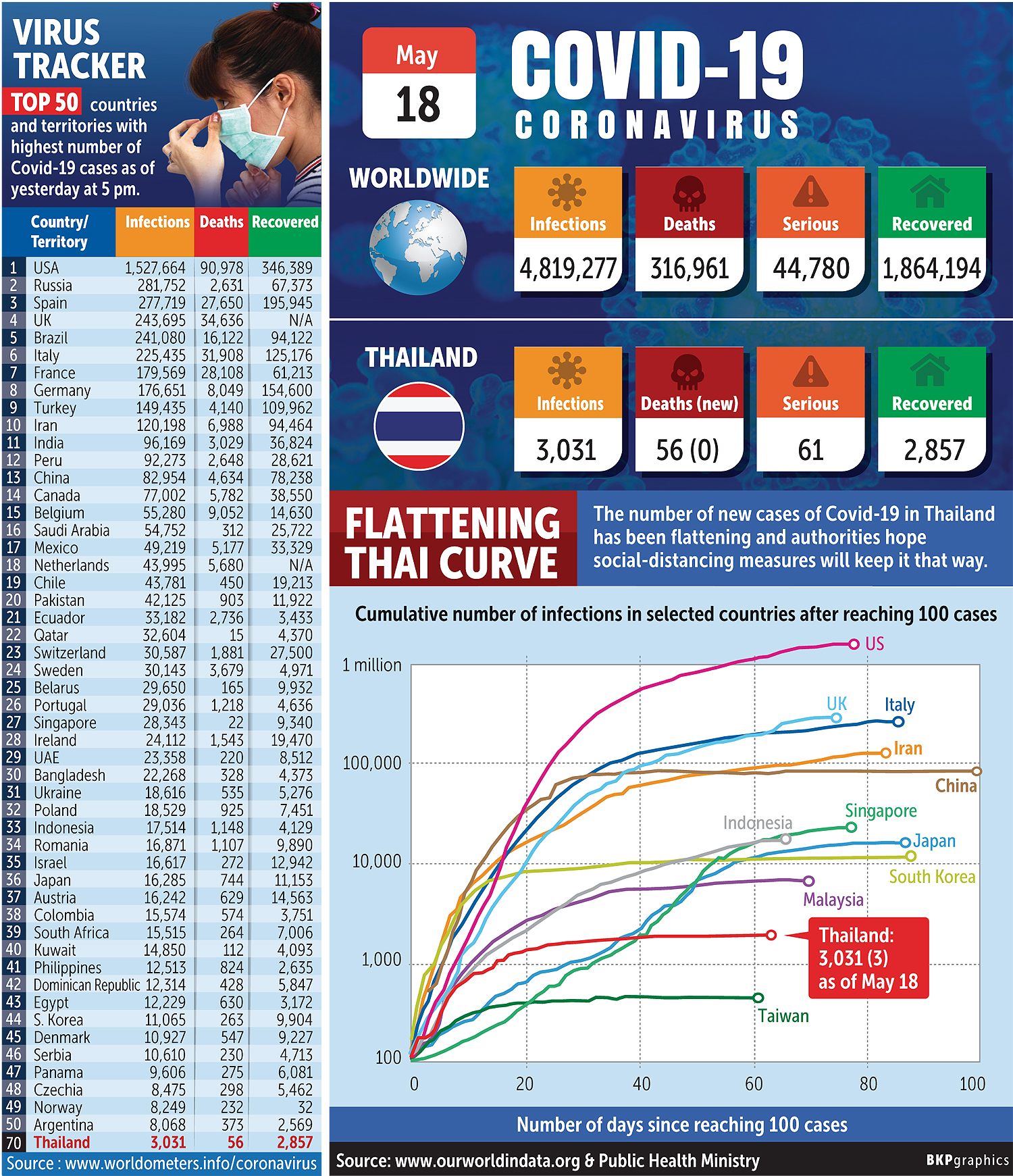