Ekkapong Kaewsa, 22, of Bangkok(left) and Methanee Suparb, 23, at Hua Hin police station after their arrest with 19kg of crystal methamphetamine on an express train from Bangkok to Nakhon Si Thammarat province on Wednesday evening. (Photo: Chaiwat Satyaem)

PRACHUAP KHIRI KHAN: Two people were arrested after 19kg of crystal methamphetamine were found in their bags on a south-bound express train on Wednesday evening.

Ekkapong Kaewsa, 22, of Bangkok, and his female companion Methanee Suparb, 23, of Si Sa Ket, were detained by railway police as the train was approaching Hua Hin station about 6pm.

Railway police were assigned to all the carriages. As the train approached Hua Hin station, officers noticed two passengers were acting suspiciously.

They approached and asked to search the couple's bags. When the bags were opened, the police found many packages labelled as containing tea, 19 in all. Each was found to contain 1kg of crystal meth. The drugs were worth about 10 million baht, Pol Maj Gen Papatdet said.

Mr Ekkapong allegedly confessed to having smuggled drugs by train on several occasions.

He said he had asked Ms Methanee, a waitress at a restaurant, to accompany him on the trip to deliver the drugs from Bangkok to Nakhon Si Thammarat.

Police were extending the investigation, to find others involved. 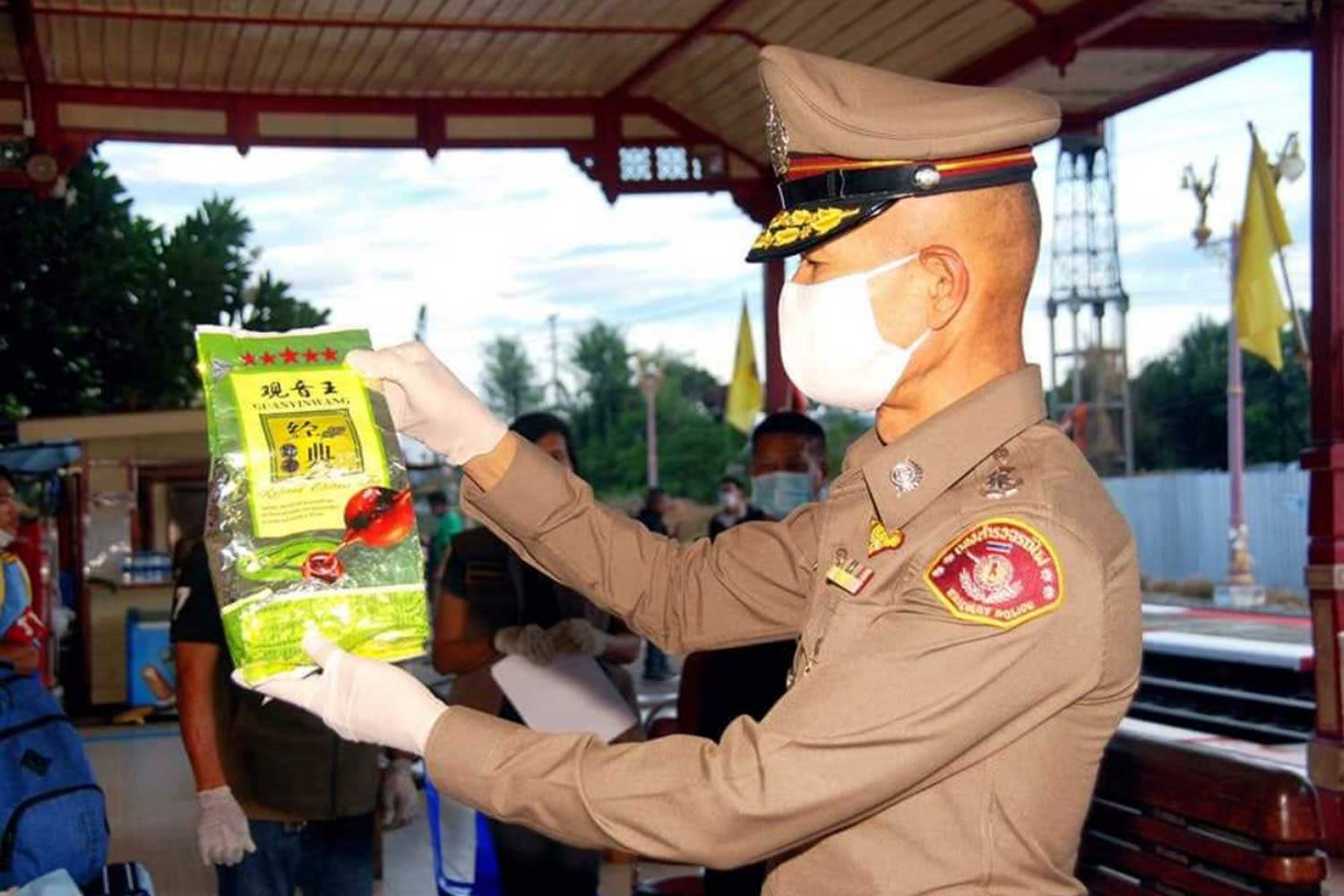 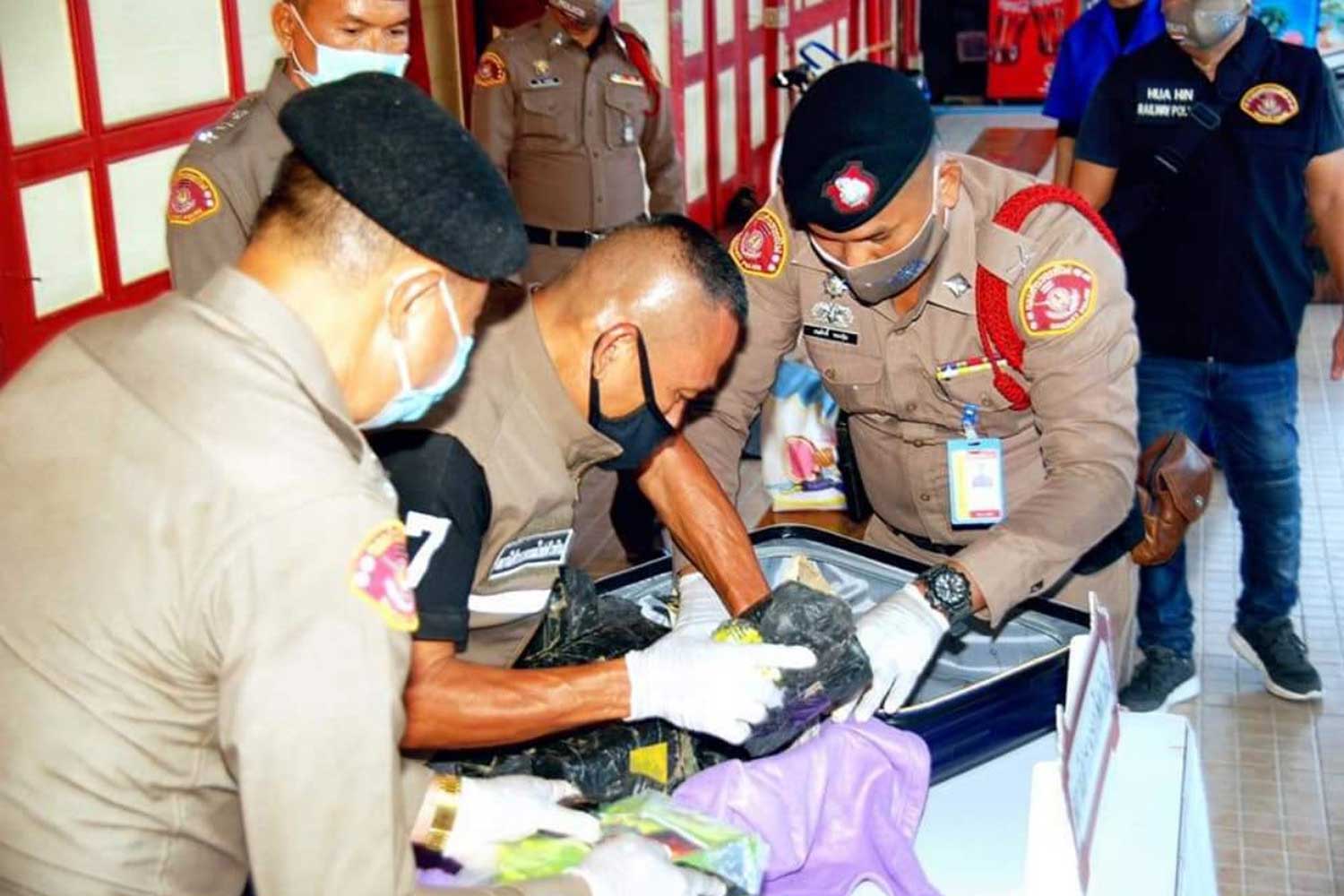