KHON KAEN: Three members of the "Jae Saiboon" (sister on the merit path) drug network have been arrested in Nam Phong district and 400kg of compressed marijuana seized in two northeastern provinces.

Arresting officers also seized 400 slabs of compressed marijuana, a total of 400kg, along with 3 mobile phones, a Honda car with Rayong licence plates and an Isuzu pickup truck with Mukdahan registration.

Pol Maj Gen Somchai said police were acting on information that a drug network under the name “Jae Saiboon’’ was preparing to deliver marijuana from the Northeast to the Central Plains. Customers had placed orders via Line Chat.

A police officer posing as a buyer had ordered 100 slabs of compressed marijuana from the network. The marijuana was to be delivered at a vacant warehouse on Mittraparb Road in Nam Phong district.

Three people arrived at the warehouse in two vehicles, and officers waiting out of sight moved and detained them, Pol Maj Gen Somchai said. The 100kg of compressed marijuana was found in one of the vehicles.

The arrests led to the seizure of another 300kg of marijuana at a house in Mukdahan province.

The deputy police region chief said the trio confessed to selling marijuana online. They worked for a drug network run by a woman known only as Jae Saiboon (sister on the merit path).

Mr Samai's job was contacting customers, and Mr Sarayut was a driver. Mr Pongsak drove a lead vehicle, to notify the two in the second vehicle if he spotted a police checkpoint along the route.

Pol Maj Gen Somchai said the 300kg of marijuana in the Mukdahan house was also destined for a customer in the Central region.

The seized drugs had a street value of 1.2 million baht, he said.

The investigation was continuing 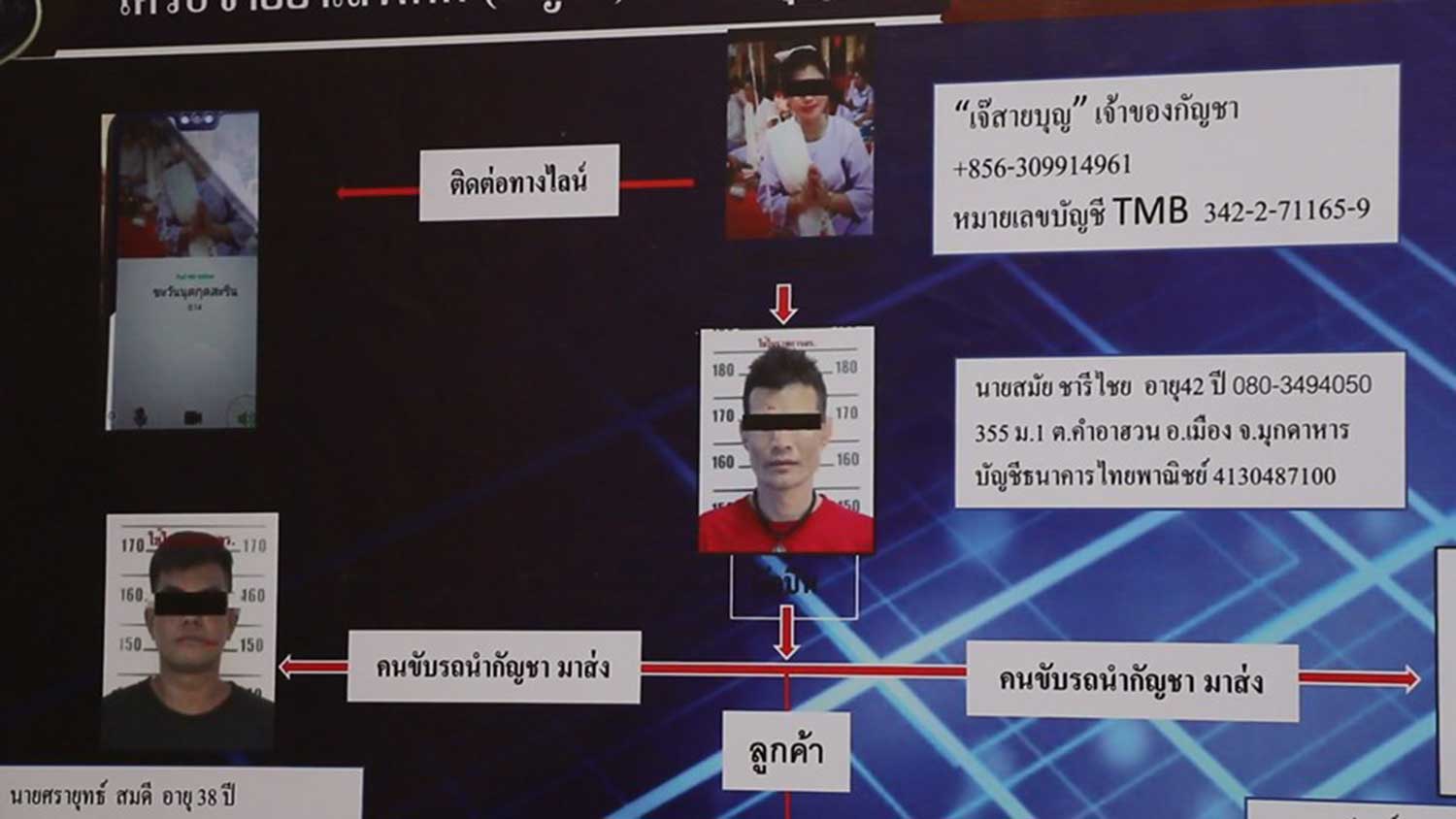 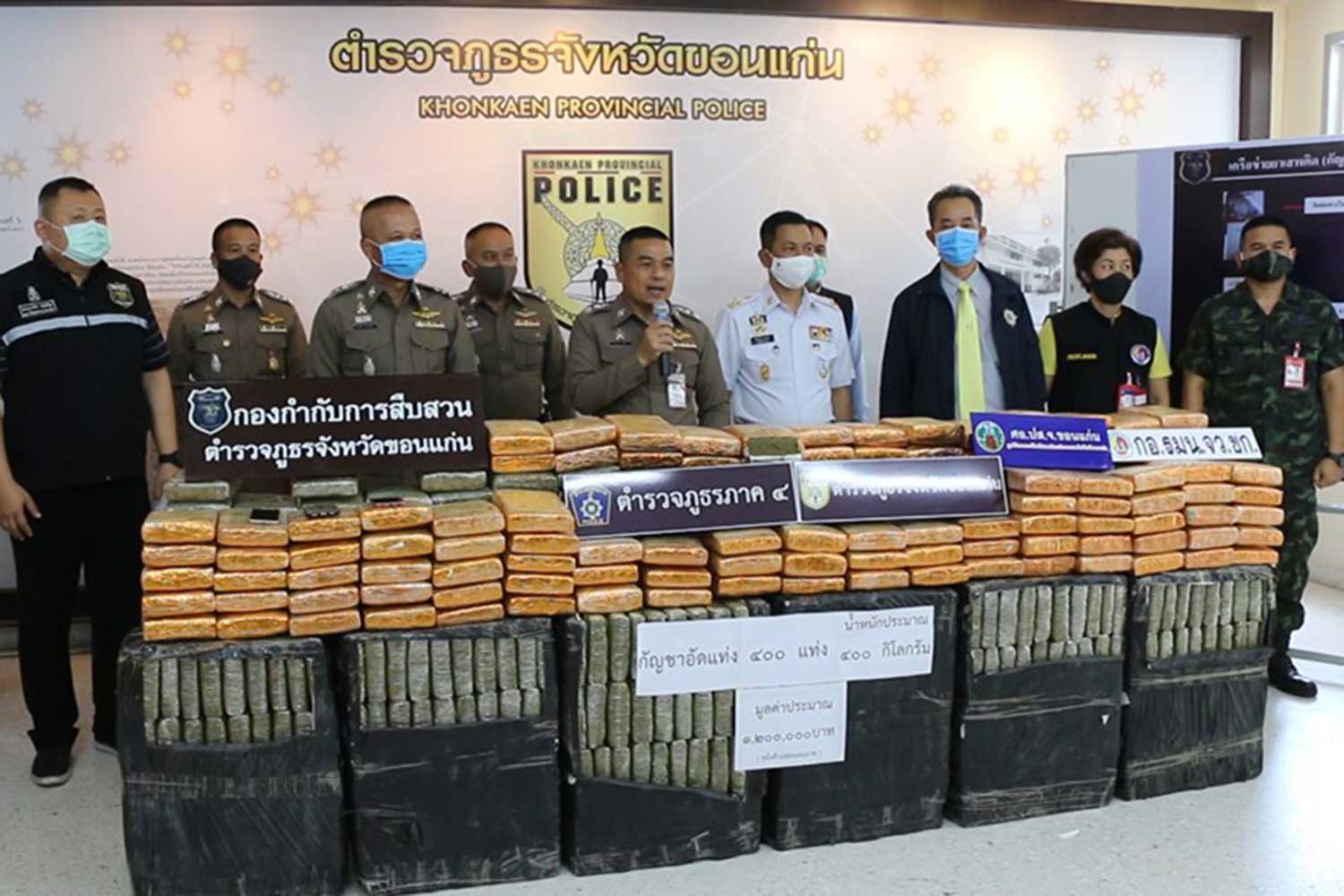