Police display packages containing 14 million speed pills seized from a pickup truck parked at a hotel in Fang district of Chiang Mai in the early hours of Saturday. (Photo: FM91bkk.com)

CHIANG MAI: Two men and a woman were arrested in Fang district early Saturday after 14 million speed pills were found hidden in one of two vehicles used for drug smuggling.

The arrests came after local police set up road checkpoints after receiving a tip-off on Friday evening that drugs would be smuggled into the district, said Pol Col Krissana Pattanacharoen, the deputy national police spokesman.

Around 12.30am on Saturday, officers spotted a suspicious pickup truck travelling along the Fang bypass road. They followed the vehicle to a hotel in tambon San Sai.

Officers checked with the hotel operator who told them that a woman had parked the pickup at the hotel and checked in. They went to the room where she had registered to question her.

The woman, later identified as Phitsamon Samaknakhon, told them she had driven the pickup, which was led by another vehicle, along the route. Two men, Suthat Nonthong and Yodrak Klangna, boarded the vehicle and were staying in other rooms at the same hotel.

The officers found the two men inside their rooms and then took all three suspects back to the pickup truck. When they opened the rear door of the pickup cap, they found 77 sacks containing 14 million speed pills inside, said Pol Col Krissana.

The trio were charged with possession of illicit drugs with intent to sell. They were taken to the Fang police station for further legal action. 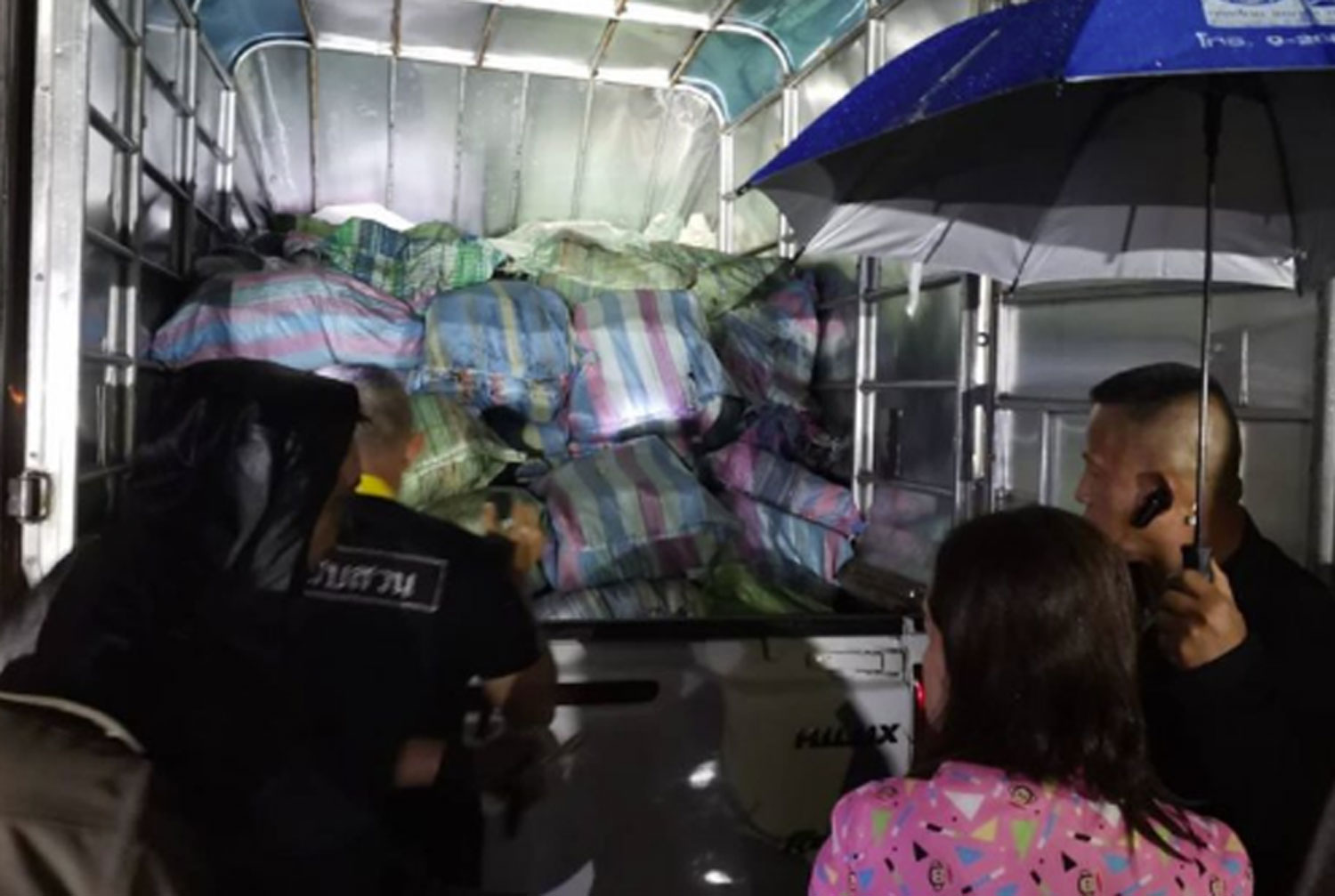 A huge haul of speed pills was discovered when officers opened the door of the pickup truck cap. (Photo: FM91bkk.com)