Chebilang mayor Mahmadneesum Bilungload rides a long-tailed boat from Chebilang canal to the Andaman Sea in Muang district of Satun province on Saturday to track the escape route of an shark that bit a boy's foot. (Photo from Chebilang Municipality Facebook account).

A cash reward for the live capture of a shark that bit a boy's foot has angered Natural Resources and Environment Minister Varawut Silpa-archa, who criticised the local politician behind it.

"Don't offer a bounty for a shark or support the hunt for a reward," the minister said on Sunday.

Mr Varawut's comment came after Chebilang mayor Mahmadneesum Bilungload promised to give 1,000 baht in cash to anyone who captured the shark and provided evidence it was the one that bit Harafat Limapicharsakul, 12, on Thursday.

The boy's left foot was bitten by a shark while he was swinging his legs in a canal at Chebilang pier in Muang district of Satun province. The boy and two friends were reportedly playing on a boat at the pier when the incident happened.

Harafat received 50 stitches at a hospital before he was allowed to go home.

The pier where the shark attack took place is not far from the mouth of the canal which runs into the Andaman Sea.

Marine scientist Thon Thamrongnawasawat said after seeing the pictures of the wound that the boy might have been bitten by a bull shark, as this type of shark often swims from the sea into brackish water. "The shark might have thought the foot was prey. But it swam away after realising its mistake," he commented. 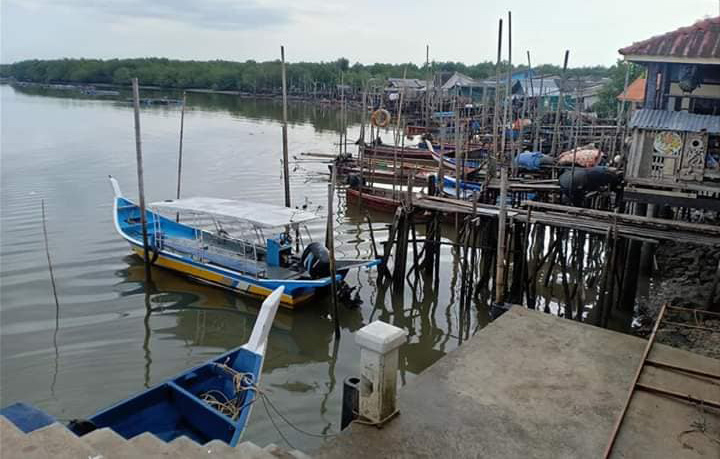 Chebilang pier where a boy was attacked by a shark on Thursday. (Photo from Chebilang Municipality Facebook account).

Mr Mahmadneesum on Saturday took a long-tailed boat ride from the pier to the canal mouth to trace the shark's likely escape route in a bid to track it down.

He said the shark might have lost its way due to high seas in the Andaman, or it could have been drawn into the canal by an abundance of fish and other resources in coastal areas undisturbed by trawlers during the coronavirus pandemic.

The Chebilang Municipality Office posted a Facebook message saying fishing was still allowed -- but swimming was not. "Do not swim in the canal!!!," the message exhorted. 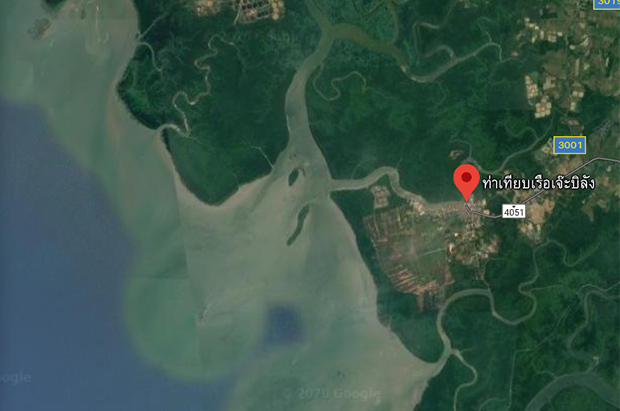 The environment minister suggested that warning signs and announcements were a better way to alert swimmers of shark attacks in the area.

The Marine and Coastal Resources Department sent researchers to Chebilang and they confirmed that the bite was made by a bull shark.

Department director-general Sophon Thongdi noted that bull sharks are not normally aggressive towards humans, and it may have perceived the boys' legs swinging in the water as a threat.

Bull sharks are not on the list of endangered species in the country, but the department plans to include them as a protected animal.