SONGKHLA: Authorities have seized 27 old cooking gas cylinders from a religious school in Saba Yoi district, after local residents expressed fears they could be used for making bombs.

They were old and in poor condition.

Abdul-ashi Waelamae, an ustaz (islamic scholar) at the school, allowed the officers to take the 27 cylinders to Saba Yoi police station. He said the school had no hidden agenda in keeping them. They could not be returned to the supplier.

Abdullor Salae, kamnan of tambon Than Khiri, was present and witnessed the removal of the cylinders, Col Pramote said.

The seizure followed a complaint by nearby residents that a large number of cooking gas containers were being stored at the religious school. They feared the cylinders could be used as containers for bombs.

No charges had been pressed to date, Col Pramote said. An in-depth investigation was underway.

Isoc’s Region 4 Forward Command earlier asked people who have steel cooking gas cylinders to replace them with potentially less lethal containers made from composite materials and less likely to be used by   insurgents for making bombs. 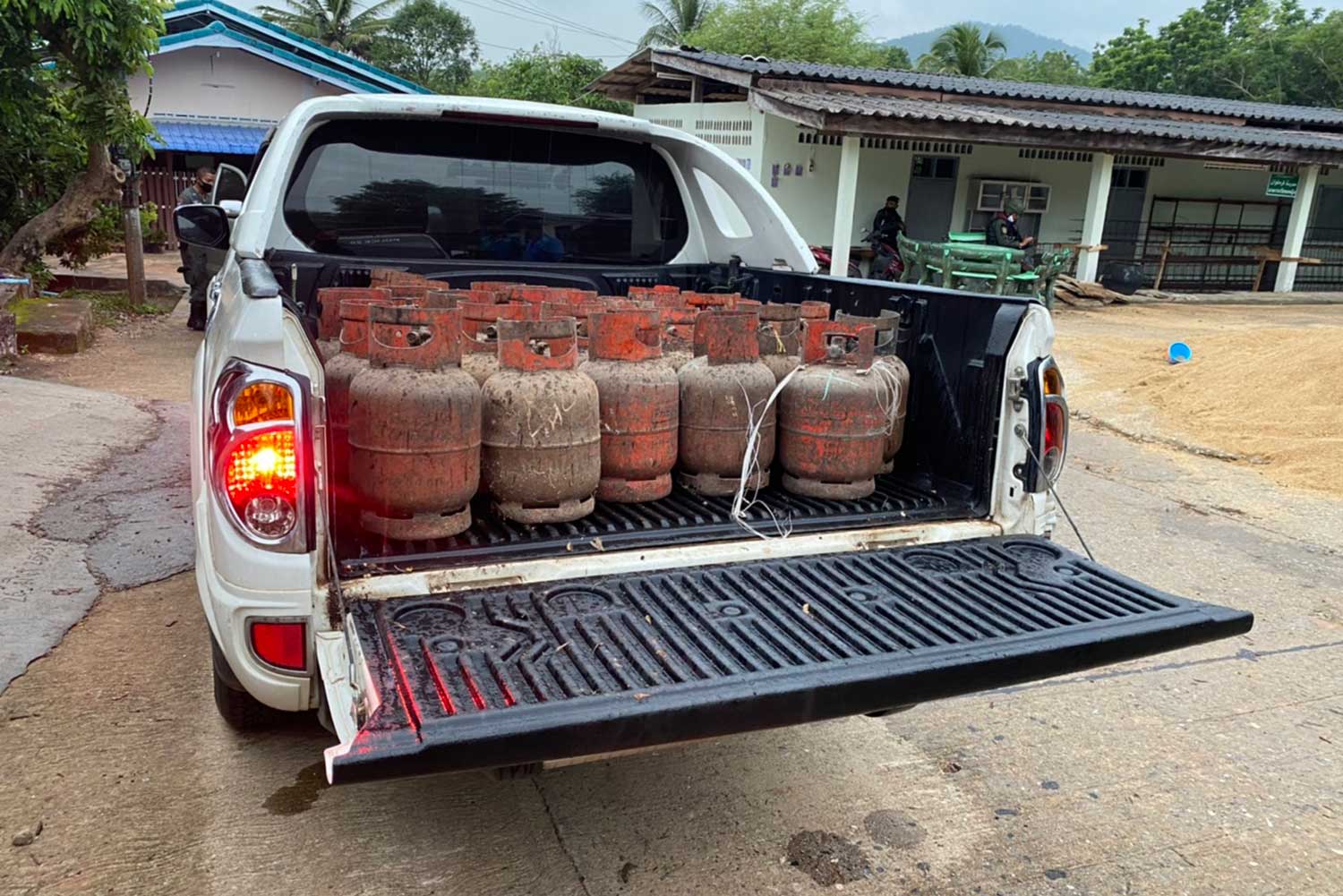