Supporters hold placards showing abducted activist Wanchalearm Satsaksit during a protest calling for an investigation, in front of the Cambodian embassy in Bangkok on Monday. (Reuters photo)

A former Miss Universe Thailand has added her voice to the growing campaign for the Thai and Cambodian governments to explain the disappearance of political exile Wanchalerm Satsaksit.

Maria Poonlertlarp wrote an Instagram post on Monday with the #SaveWanchalerm hashtag calling for  answers from authorities about his disappearance. 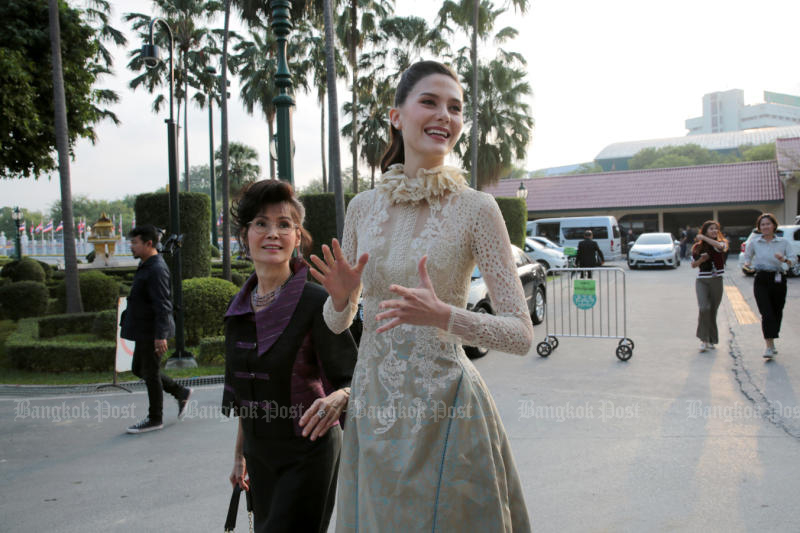 “I may or may not stand with him, I don’t know enough to say, but I am standing together with the Thai people in saying that what is happening is wrong and we want answers,” she wrote.

Mr Wanchalerm was taken away by a group of men from outside his apartment in Phnom Penh, Cambodia, on Thursday. His family, Human Rights Watch and right advocates have demanded to know what happened to him and where he is.

The NGO Coordinating Committee on Development, and other activists, on Monday delivered a petition addressed to Cambodian Prime Minister Hun Sen to the Cambodian embassy in Bangkok,  and later to Prime Minister Prayut Chan-o-cha at Government House, urging the two leaders to locate the activist.

The petition was left outside the embassy after no staff member came out to meet them. (continues below) 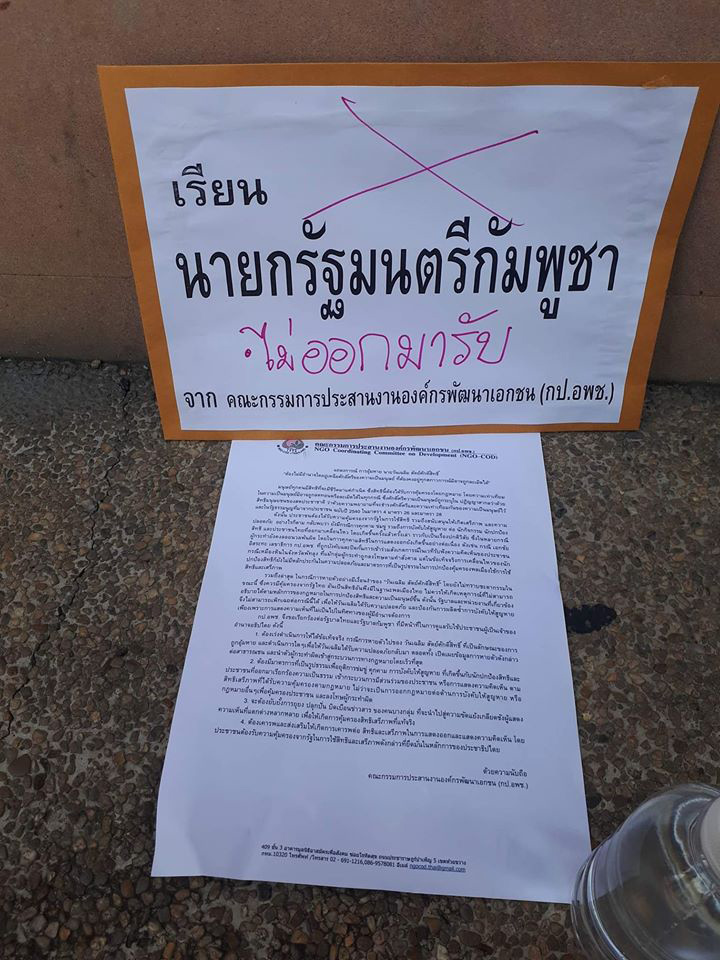 A petition asking Cambodian Prime Minister Hun Sen to look into the disappearance of political exile Wanchalerm Satsaksitis is  placed outside the Cambodian embassy in Bangkok. (Photo from NGO Coordinating Committee on Development Facebook account)

Mr Wanchalerm, 37, fled to Cambodia after the military coup in 2014. He is wanted on a charge of allegedly violating the Computer Crime Act in 2018. He reportedly also faces a lese majeste charge, although Pol Col Krissana Pattanacharoen, the deputy national police spokesman, has denied this.

The Pheu Thai Party on Monday called on the government to use diplomatic channels to find his whereabouts. "He is a Thai citizen that the government is duty bound to protect," Pheu Thai chief strategist Khunying Sudarat Keyuraphan said.

However, the Thai and Cambodian governments remain tightlipped about the fate of the young activist.

Cambodian authorities have said they were unaware of the alleged abduction and refused to open an investigation.

“We don’t know about it, so what should we investigate for?” the Khmer Times on Monday quoted Cambodian police spokesman Pol Lt Gen Chhay Kim Khoeun as saying.

Am Sam Ath, deputy director of monitoring at rights group Licadho, said on Sunday his group is monitoring the case to check if an abduction actually took place.

Burin Thongprapai, the directorate of the Office of Judge Advocate of the Royal Thai Army, said on Friday the activist has not been charged for lese majeste.

The now-disbanded National Council for Peace and Order (NCPO) never registered the lese majeste accusation against him, he added.

The NCPO filed the complaints against Mr Wanchalerm on failing to report to the military regime and on the Computer Crime Act violation, and the cases will not be handled by the military court, he explained.