The two suspects during a crime re-enactment at the Ritwan gold shop in Narathiwat's Bacho district on Tuesday. (Photo:Waedao Harai)

NARATHIWAT: Police have arrested a man and his pregnant wife for a 78,000 baht snatch-and-run robbery at a gold shop in Bacho district on Monday.

Sulkiflee Sani and his seven-month pregnant wife Waeba Tayeh were taken into custody at their house in Moo 6 village of tambon Bareh Tai on Monday evening.

They were charged with the theft of necklaces from Ritwan gold shop in Ton Sai municipality in the same district around noon on Monday.

Police identified the motorcycle the couple used to arrive at and then flee from the gold shop. They  grabbed some necklaces and ran after expressing an interest in buying them.

The motorcycle belonged Mr Sulkiflee's friend, Nu Bueraheng, who said he had borrowed it but did not say why.

The couple had admitted also stealing from a gold shop in Yi Ngo district early last month, making off with a small amount of gold ornaments, he said.

Pol Maj Gen Narin said they had sold the stolen gold in Sungai Padi district, visited a relative in Sungai Kolok district and then returned home on Monday evening, and were arrested.

Police seized 37,260 baht in cash found in the couple's possession as evidence. 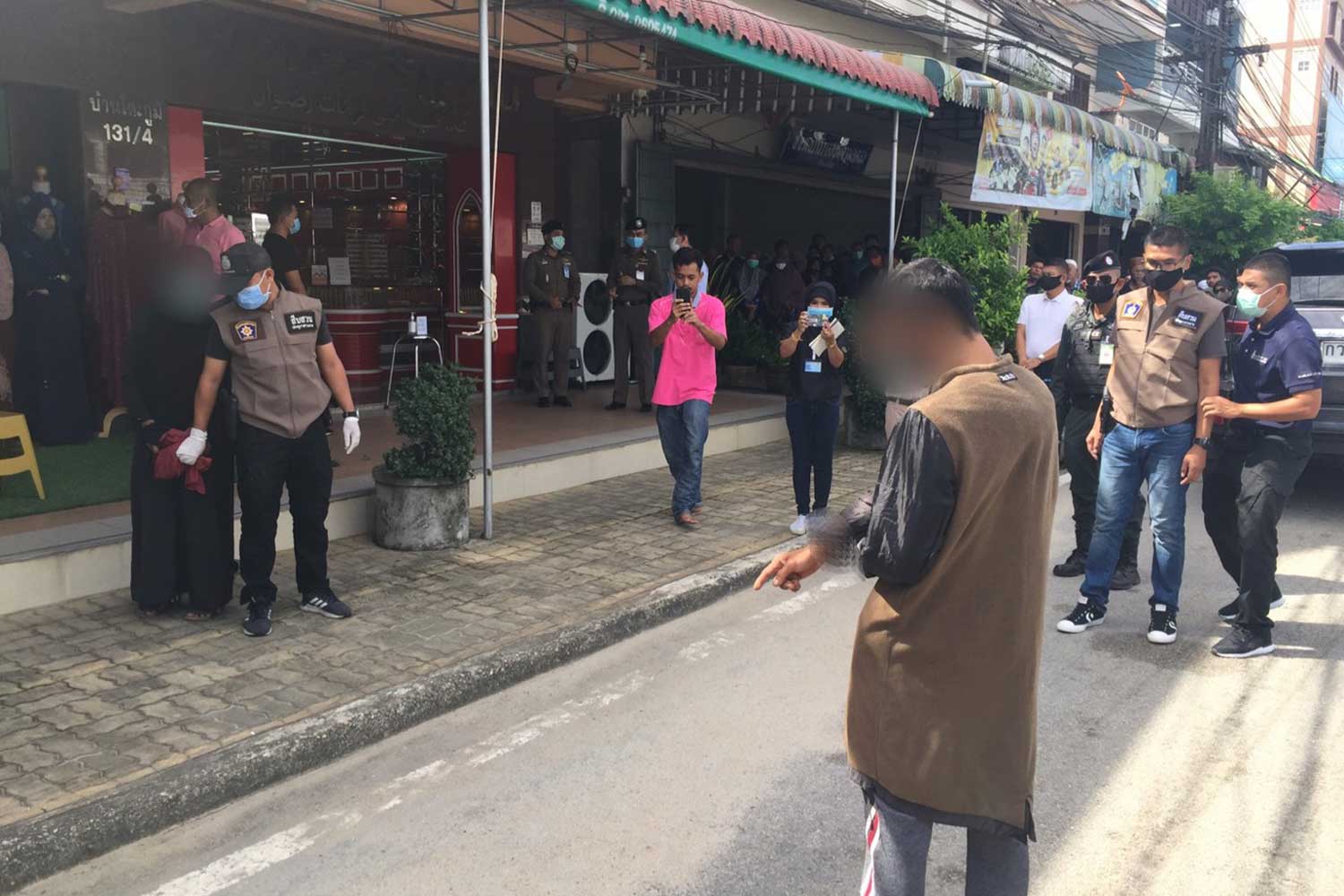 Suspect Sulkiflee Sani (right) and his pregnant wife (left, behind a policeman) during a renactment of the robbery at the Rawit  gold shop shop in Narathiwat on Tuesday. (Photo: Waedao Harai) 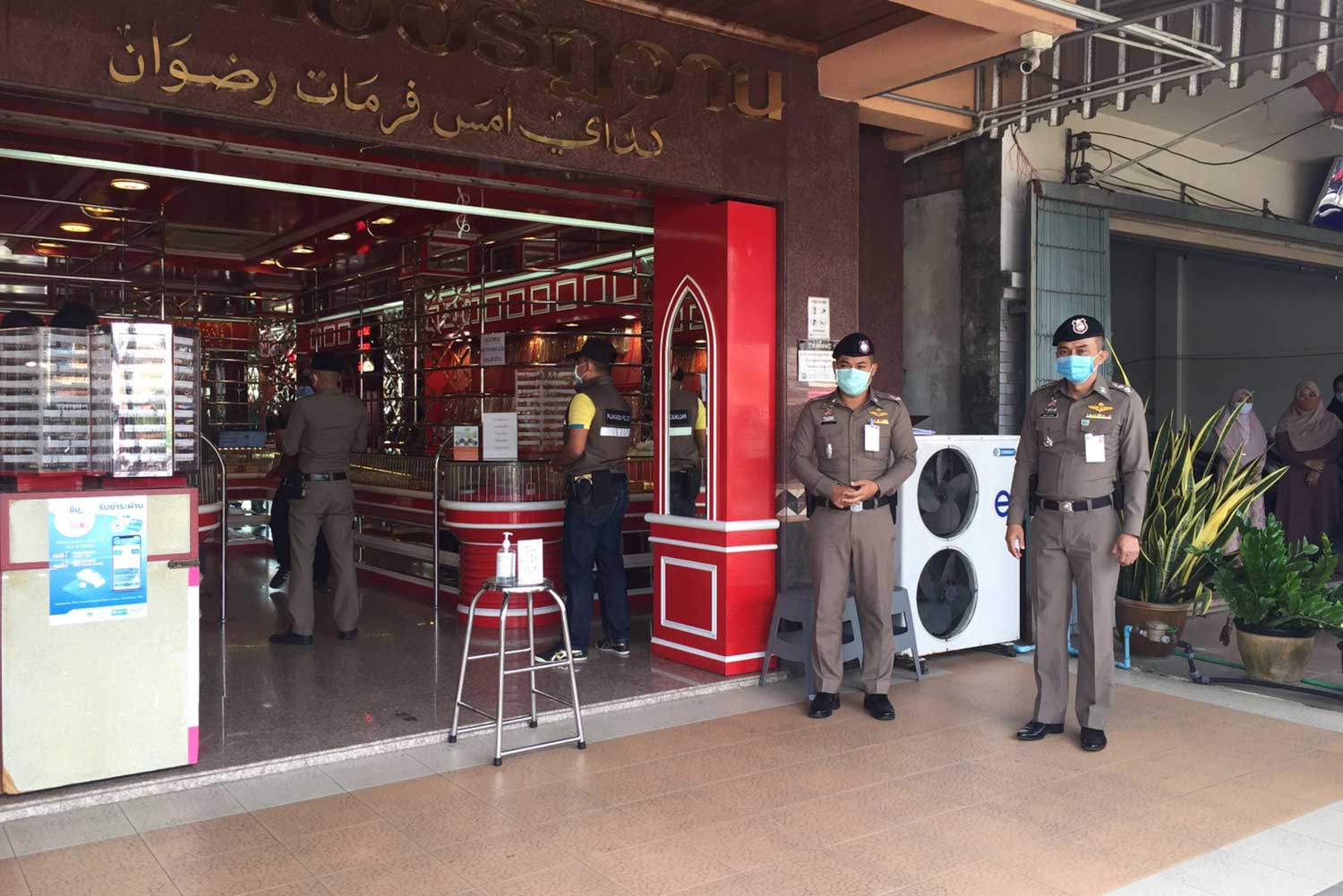