He died of liver cancer at Chulalongkorn Memorial Hospital

His wife, Hattaya, posted an Instagram image with a message asking people to "give her time." 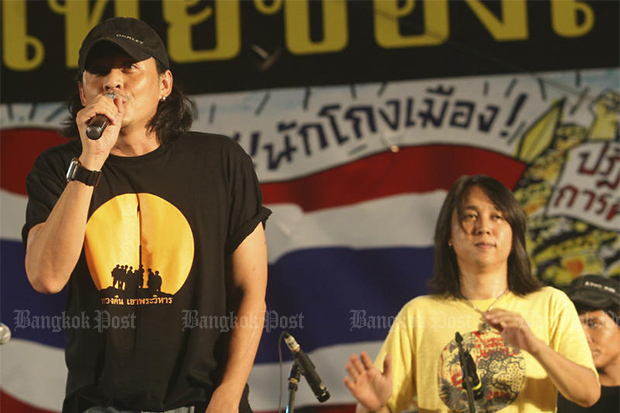 The actor-turns-activist sings for supporters of the People's Alliance for Democracy. (Bangkok Post file photo)

Saranyu was a key supporter of the People's Alliance for Democracy and joined the group to oust the Thaksin Shinawatra camp from government in 2008.

His family, relatives and close friends will hold a bathing rite for him at Wat Nak Prok in Phasi Charoen district on Thursday and funeral rites will be held from Thursday to next Wednesday.

The cremation ceremony will take place on June 18.

His family will hold a press conference after the bathing rite.

Saranyu is survived by his wife and twin daughters, Supara and Sitala.