A total of 224 people - Thai, Chinese and Myanmar nationals - were arrested during a raid on a Chinese-owned hotel being used for online gambling in Mae Sot district, Tak, on Wednesday evening. (Photo: Assawin Pinitwong)

TAK: More than 200 people were arrested during a raid on a hotel in Mae Sot district that police suspect was purchased cheaply by Chinese gangsters specifically for use as an online gambling operation.

The raid was part of an ongoing investigation into Chinese gambling operations in Mae Sot. The operator was said to have purchased the hotel for the express purpose of setting up an online operation.

During the raid, police rounded up a total of 224 people -140 men and 84 women - from rooms fitted out with online computers and other equipment.

The gamblers were Thais, Chinese and Myanmar nationals. Police seized at least 100 computers and other internet gear as evidence, reports said. All were taken to Mae Sot police station.

An official who declined to be named said a crackdown on online gambling in Myanmar’s Myawaddy town, just across the border, had driven Chinese illegal gambling interests to move to Mae Sot.

Some Chinese had rented houses and turned them into online gambling joints. Others had bought hotels that were on sale cheaply because of the Covid-19 pandemic, and set up operations inside them.

Pol Lt Gen Apichart Sirisit, chief of Provincial Police Region 6, said on Thursday that a total of 224 suspects, 140 men and 84 women, were caught.

They were charged with operating online gambling, colluding in advertising or persuading people to bet, both directly and indirectly, and holding an activity or gathering in a manner at risk of spreading disease in violation of Section 4 and 12 of the Gambling Act and the emergency decree,  Pol Lt Gen Apichart said  during a media conference at Mae Sot police station.

More than 500 items used for gambling were reported to have been seized - at least 100 notebook computers, mobile phones and routers, and 240 bank account passbooks. 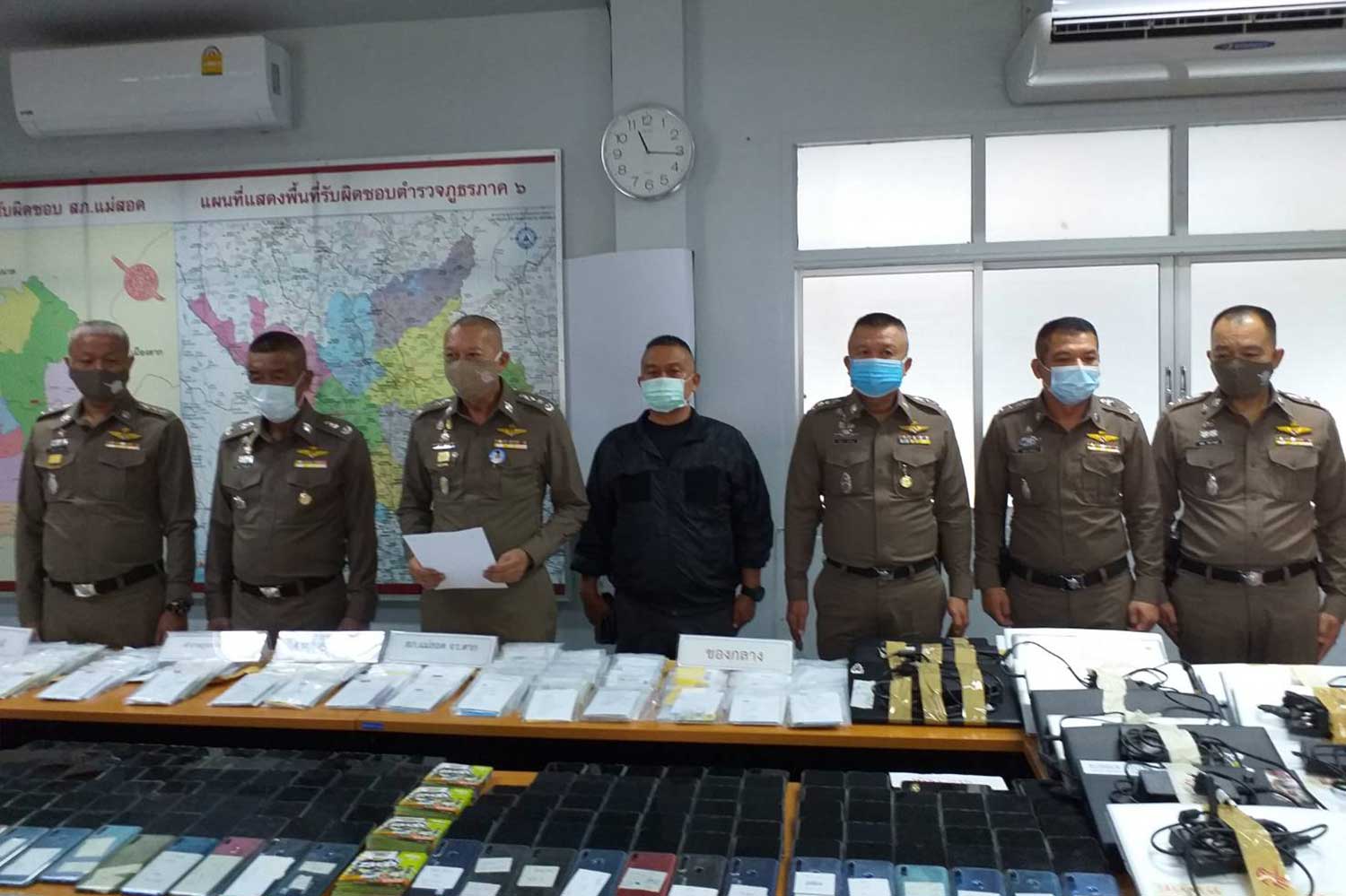 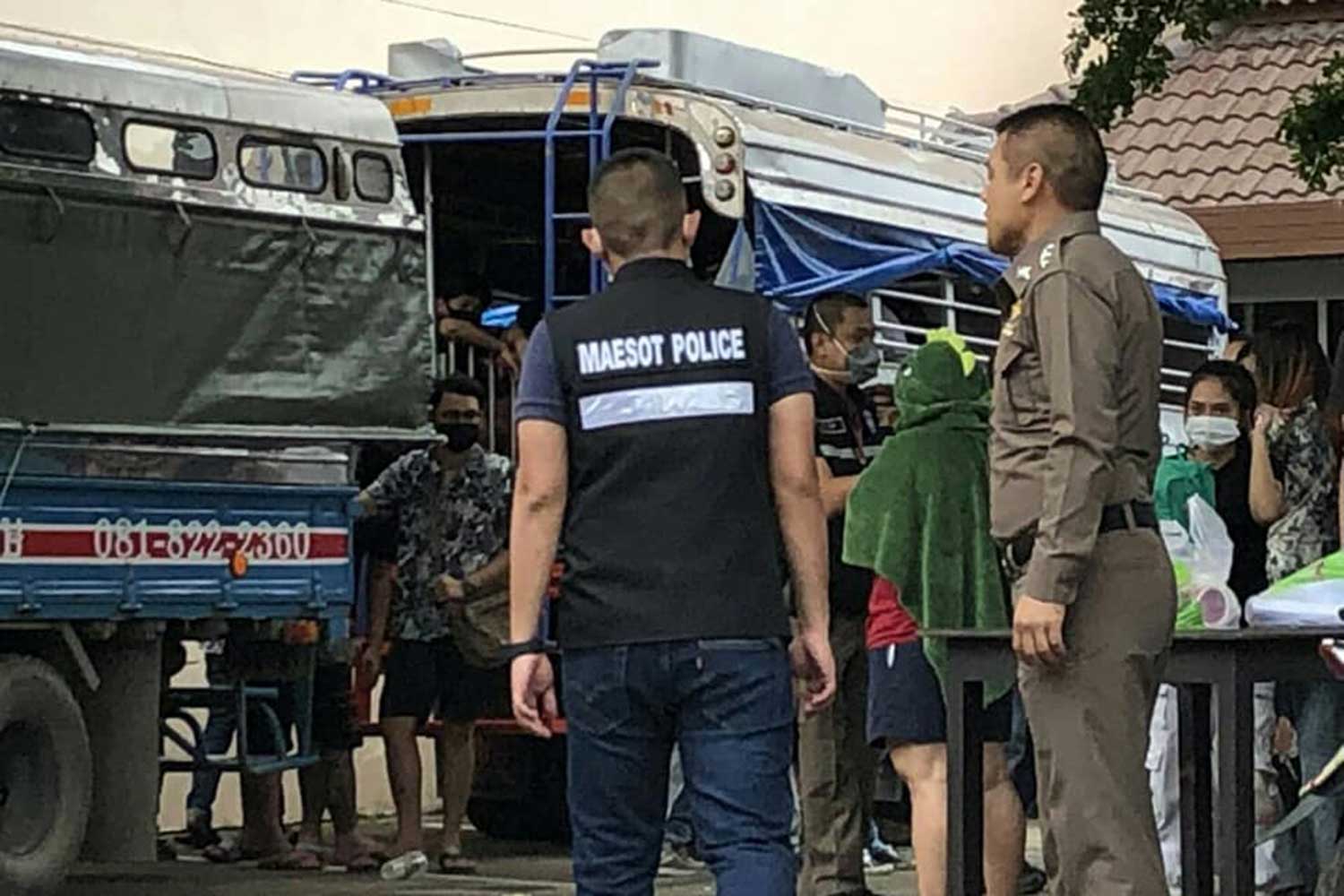 Arrested gamblers are loaded on trucks to be taken to Mae Sot police station in Tak. (Photo: Assawin Pinitwong)