Ornamental wood trim from the 131-year-old former Bombay Burmah Trading Co house lies on the ground in Muang district of Phrae after it was demolished. (Photo from Samakom Khon Phrae Facebook page)

Angry Phrae residents have challenged a claim by the natural resources and environment minister that a heritage building demolished this month will be rebuilt to look like the original structure.

“Let the photos tell the facts,” they wrote on the newly created Samakom Khon Phrae Facebook page next to pictures of rubble to draw attention to the issue. 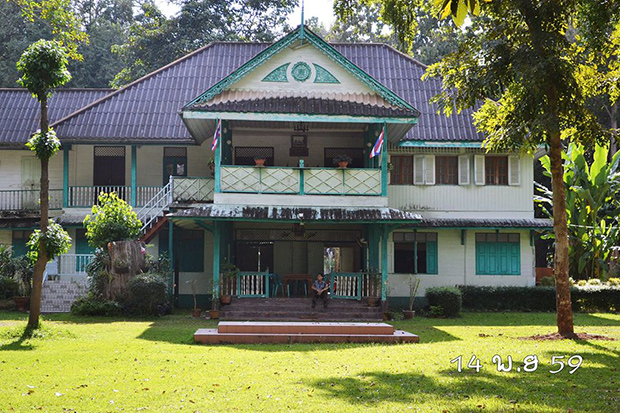 The post followed comments by Minister Varawut Silpa-archa, who said on Wednesday that the 131-year-old wooden manor was brought down as the foundation was unstable and that the whole structure would be rebuilt in the original style. He cited information forwarded to him by Thanya Netithammakun, director-general of the Department of National Parks, Wildlife and Plant Conservation.

Mr Thanya said earlier that the concrete foundation was too damaged to repair and needed to be redone to make the site safe for tourists to visit.

Local citizens are angry about the demolition of the two-storey teak house built in 1889 and are also not convinced that it can be properly restored.

The house was formerly home to the offices of the Bombay Burmah Trading Co, which held a logging concession in the western Yom River area in 1889. It was located in Ban Chetawan of Muang district. Now it belongs to the Forest Conservation Area Office 13.

Phrae was a major teak logging centre in the 19th century. The logs were shipped downstream on the river to the central region and Bangkok.

Even though the house was a well-known part of the historical legacy of the northern province, it was never listed as a national heritage site. 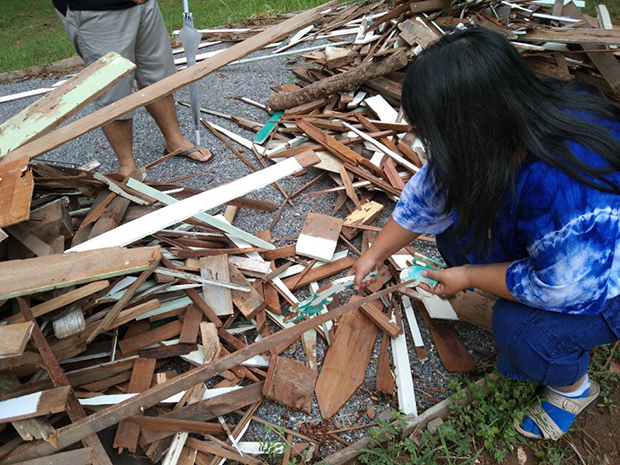 A woman looks at pieces of wood left on the ground after the demolition of the heritage house by a contractor hired by national parks authorities. (Photo from Samakom Khon Phrae Facebook page)

Veteran politician and former Phrae MP Worawat Uea-apinyakul said on Friday that he had seen the contract for the project with details indicating the house would be demolished and a new structure would be erected.

Phrae residents met with provincial authorities on Friday to seek information on measures to restore the original house on the site.

Phrae governor Prempree Chitanont said in the meeting that she would work with the Fine Arts Department to try to restore the house. “All stakeholders will be allowed to take part in the restoration plan,” she said.