Damage to the road took place between kilometre makers 32 and 36 in Doi Saket district of Chiang Mai. (Photo by Phanumet Tanraksa)

CHIANG MAI: Forest runoff, triggered by hours of heavy rain overnight, washed away sections of a road and a bridge under construction on the Chiang Mai-Chiang Rai Road in Doi Saket district, forcing drivers to find alternate routes.

Police and officials from other agencies on Saturday inspected the damaged sections from kilometre makers 32 to 36 in Doi Saket district.

An information post was set up at the entrance to the Mae Kuang Udom Thara dam where police and volunteers advised motorists travelling from Chiang Mai to use alternate routes to via Phrao in Chiang Mai and Wiang Pia Pao district in Chiang Rai.

Chiang Mai governor Charoenrit Sa-nguansat said he has asked the Highway Department and its contractor to accelerate repairs to the damaged road sections.

The bridge on the route was damaged in three sections between kilometre 32 at Mae Wan village in tambon Pa Miang and kilometre 36 in Pong Or in the same tambon. 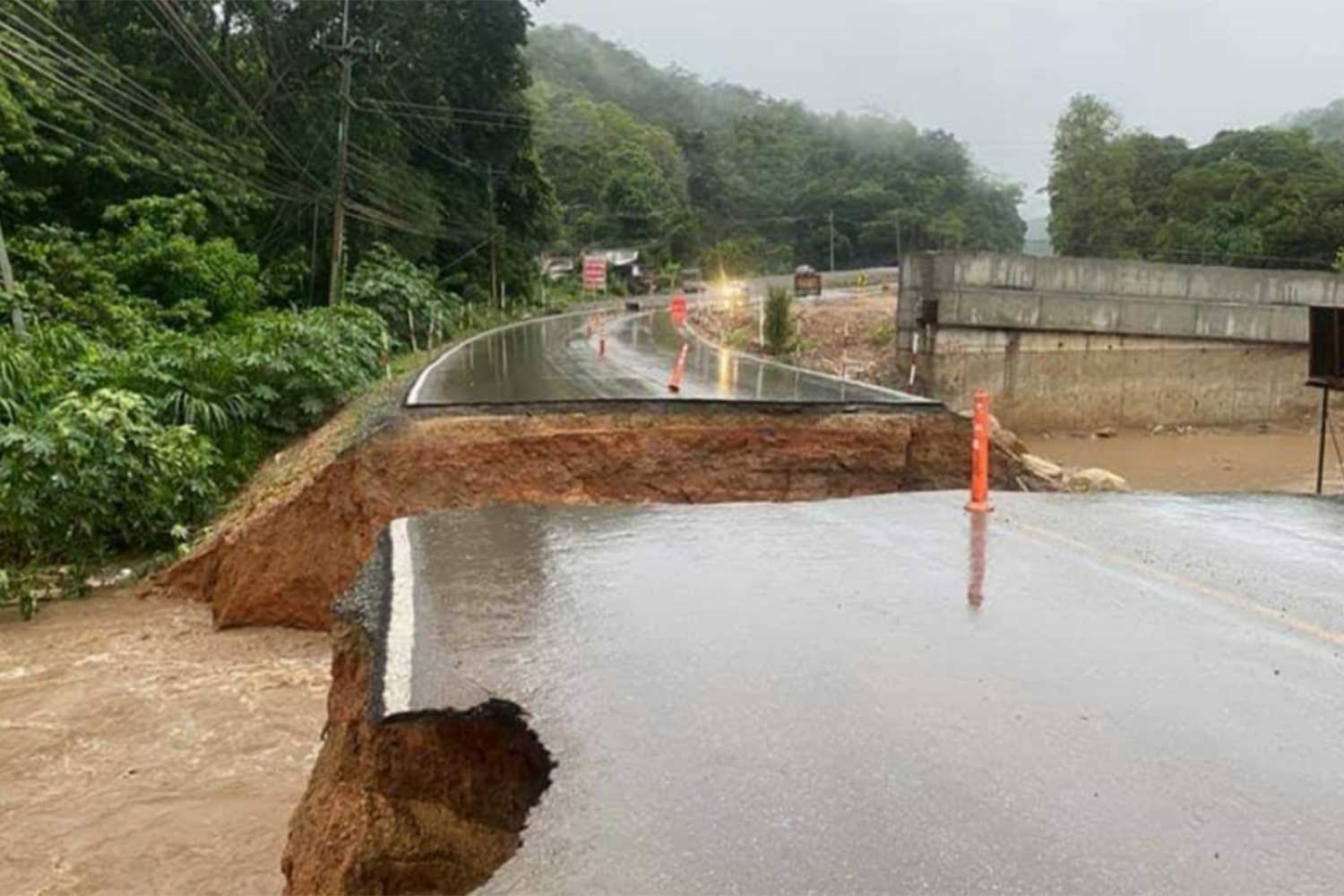