An officer at the Tha Muang police station in Kanchanaburi interrogates two young men on Saturday about the mysterious death of a schoolgirl on June 17. (Photo: Piyarach Chongcharoen)

KANCHANABURI: Two more young men have been arrested in connection with the sexual assault and still-unexplained death of a schoolgirl at a house in Tha Muang district on June 17.

Police apprehended the pair on Saturday after obtaining court warrants for their arrest on charges of depriving a girl aged under 18 of parental care and taking her for the purposes of performing indecent acts.

Phakhin Chanyiam, 21, and Natthaphong, 18 (surname withheld), were taken to the Tha Muang police station for interrogation.

Their arrest followed that of Pongpat Nakpian, 22, who has been charged with rape, performing an indecent act and possession of illegal drugs. The provincial court approved his detention after rejecting his relatives’ application for bail.

The three suspects are said to be linked to the death of a Matthayom Suksa 6 (Grade 12) student who was found dead in front of the house of a relative of Mr Pongpat in Tha Muang district on June 17. Police who examined her body noted traces of blood from her mouth and her nose. They are awaiting the results of forensic tests to determine the exact cause of death.

The girl’s parents believed their daughter might have been drugged and that this led to her death.

Pol Maj Gen Voranan Sukcharoen, chief of the Kanchanaburi police, said on Friday that there might be as many as five people involved in the case, but he did not elaborate.

Thai media reported that a group of male friends drove to the girl’s house to pick her up at about 10pm on June 16. Her family was unable to contact her that night. They subsequently received a phone call from a friend of the girl, telling them she had been found dead on a wooden bench in front of a house in Tha Muang district, about 10km from her home.

The house owner, a grandmother of Mr Pongpat, told police she had found the girl lying dead on the bench on the morning of June 17. She said she was not aware of when the girl had gone there. 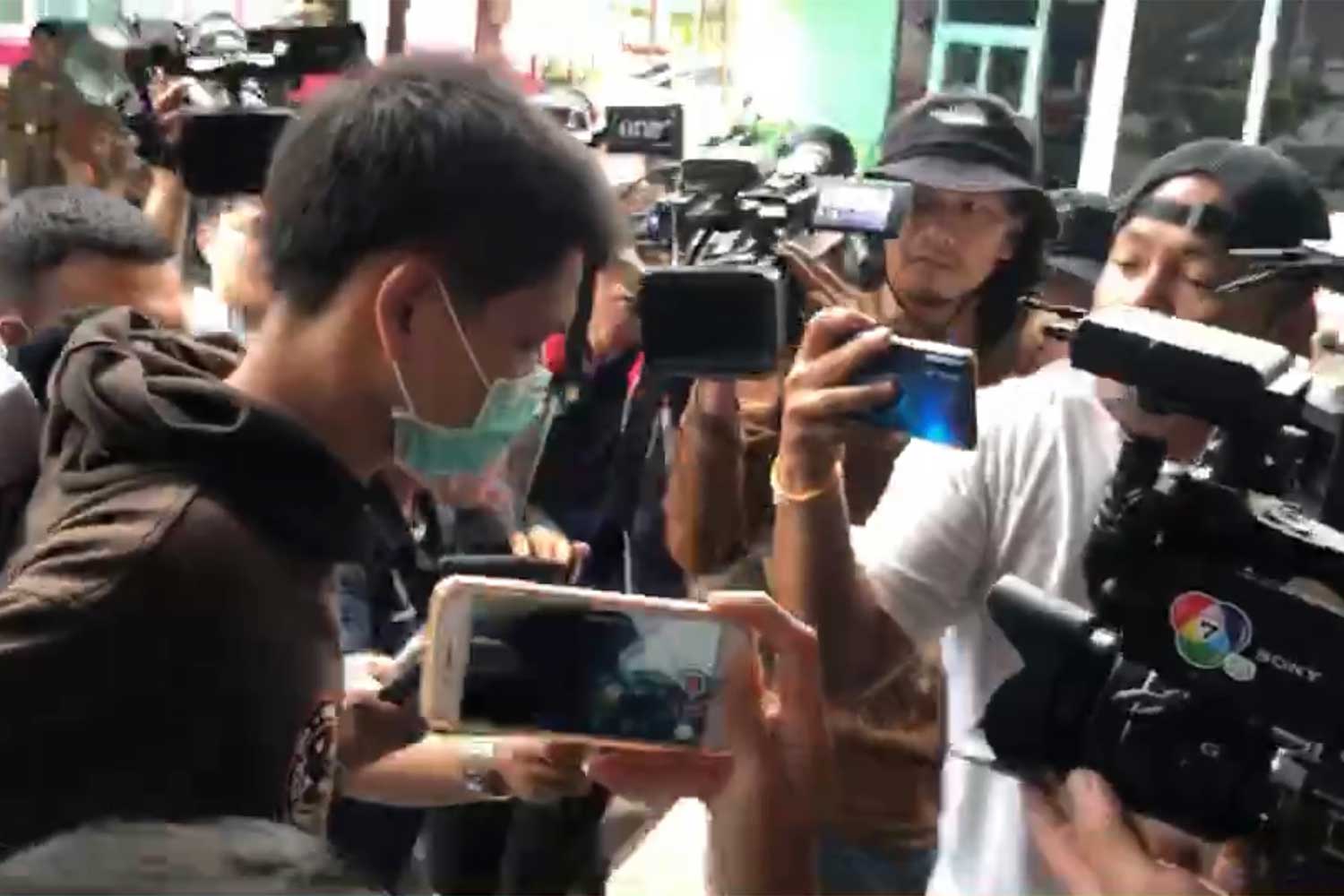 Pongpat Nakpian (left) is taken to the Tha Muang police station in Kanchanaburi on Friday to answer charges of rape and drug possession. (Photo: Piyarach Chongcharoen)