Roads congested as drivers head out for four-day holiday

NAKHON RATCHASIMA: Traffic on the Mittraphap Highway, both inbound and outbound lanes, in Si Khiu and Pak Chong districts of this northeastern province was congested on Saturday as people began their journeys for the four-day holiday.

Heavy traffic was reported, particularly in the outbound lanes heading to Bangkok, at kilometre markers 77 and 88-89 from tambon Khlong Phai-Lad Buakhao of Sikhiu district to Pak Chong district on Saturday afternoon.

Motorists coming from Nakhon Ratchasima and other northeastern provinces set off early Saturday morning. But with tailbacks in several sections of the road, vehicles rarely moved faster than 60km per hour.

No special lanes were opened to relieve the congestion.

Traffic on inbound lanes from the capital was also moving slowly from Muak Lek district in Saraburi province to tambon Don Phayayen in Pak Chong district of Nakhon Ratchasima. In Sung Noen district, traffic was very heavy at the Nava Nakorn industrial promotion zone in tambon Na Klang due to the construction of a road linking a special motorway and an elevated bridge. 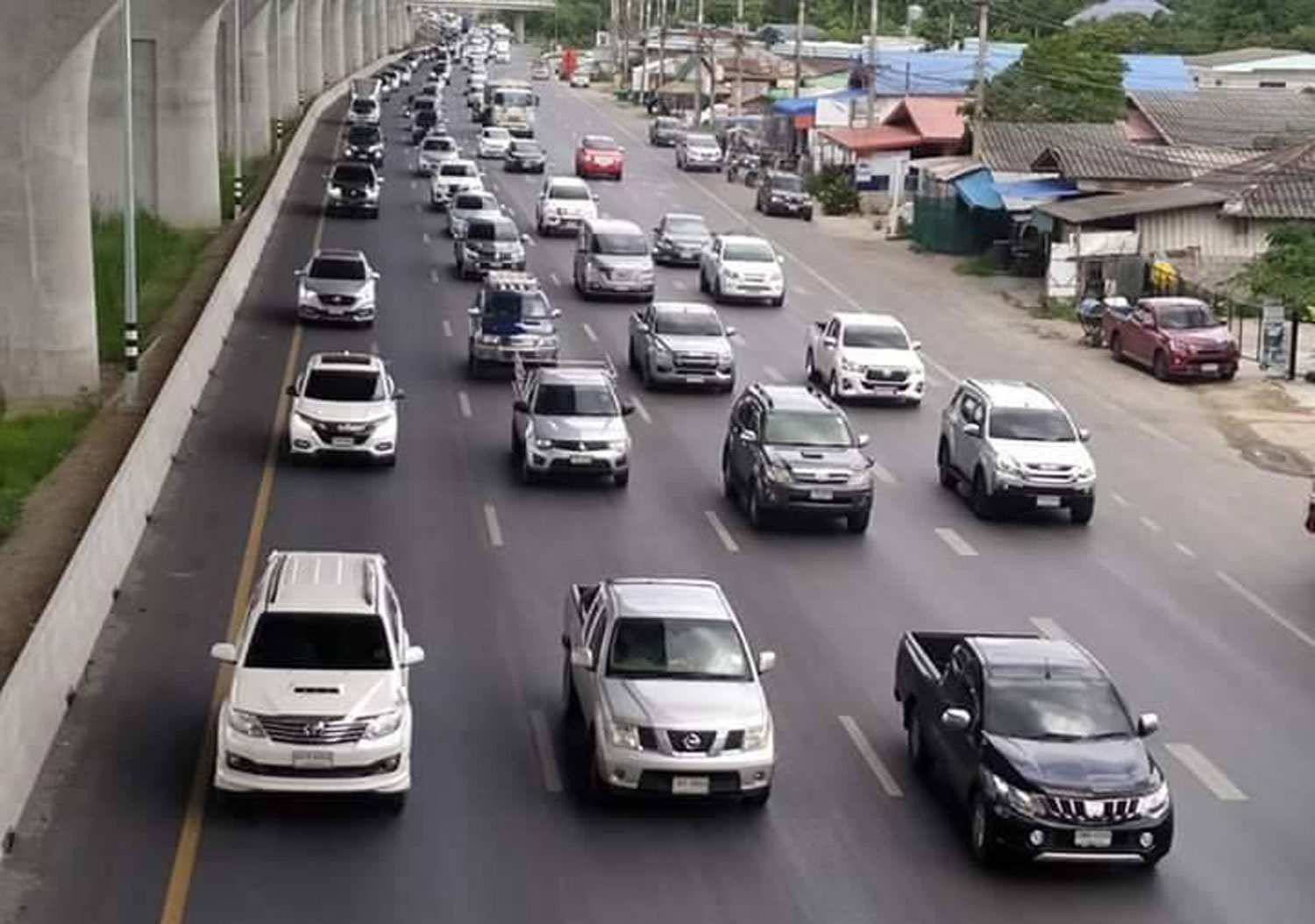 Several sections of the Mittraprap Highway, both inbound and outbound lanes, are congested. (Photo: Prasit Tangprasert)