A nattily attired cinephile surveys the cinema on Saturday as the Scala counts down to its final curtain. (Reuters/Chalinee Thirasupa)

The 50-year-old cinema, built in the late modernism architectural style with an Art-Deco interior, has been struggling for the last decade to stay profitable amid competition from new media and increases in its land lease costs.

The coronavirus pandemic and restrictions on movement to curb its spread dealt the final blow to the theatre in the heart of the capital in Siam Square.

“I’m so sad I have no words. It is heartbreaking,” said Nanta Tansatcha, whose family runs the theatre, which was built by her father.

“When we looked toward the future, I didn’t know if [business] would pick up … so I decided to stop the business now,” she said.

Investor and movie lover Pisit Tansatcha hired Jira Silpakanok, an up-and-coming architect, to design a theatre that would give people the impression they were stepping into a grandiose palace.

The Scala had a glamorous opening on New Year’s Eve in 1969, and the first movie it showed was The Undefeated, starring John Wayne and Rock Hudson.

In its heyday, it rolled out the red carpet for celebrities including the likes of Jean Claude Van Damme for the Bangkok Film Festival in 2013.

The final showings this weekend include the Italian classic Cinema Paradiso and Thai documentaries, with 3,000 tickets sold to fans who want to pay one last visit.

The last stand-alone theatre of its kind in Bangkok, where most cinemas are housed in shopping malls, the Scala is already dwarfed by the tall buildings around it. Ms Nanta expects a high-rise to one day rise on the site.

However, Chulalongkorn University, which owns the site, has denied that there are any plans to demolish the Scala for now.

The university’s property management office is currently looking for a prospective tenant that might be interested in renting the building, a spokeswoman told Thai media this week.

“Demolition isn’t even being discussed in the process yet,” she said. 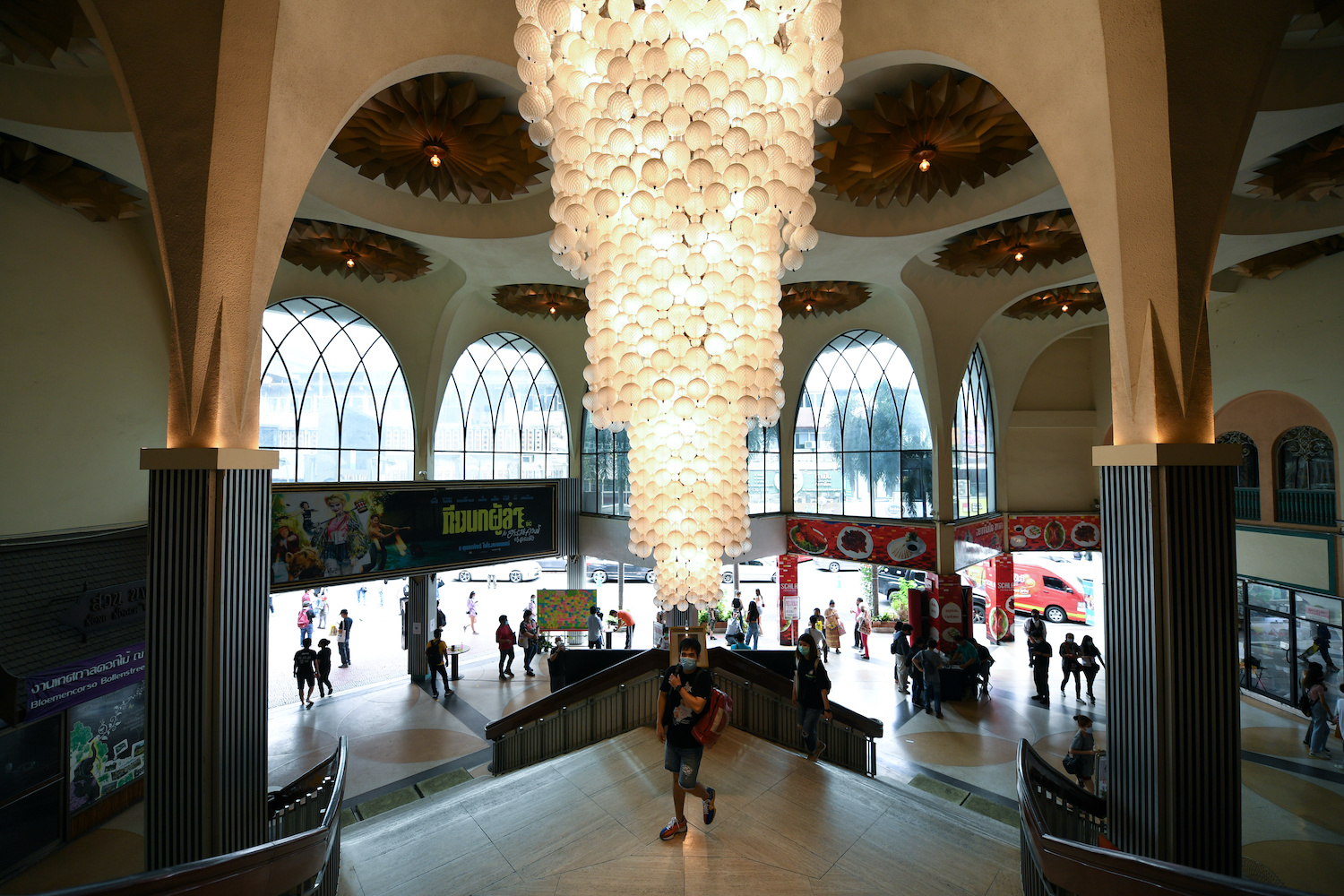 Moviegoers gather in the ornate lobby of the Scala in Siam Square. (Reuters/Chalinee Thirasupa) 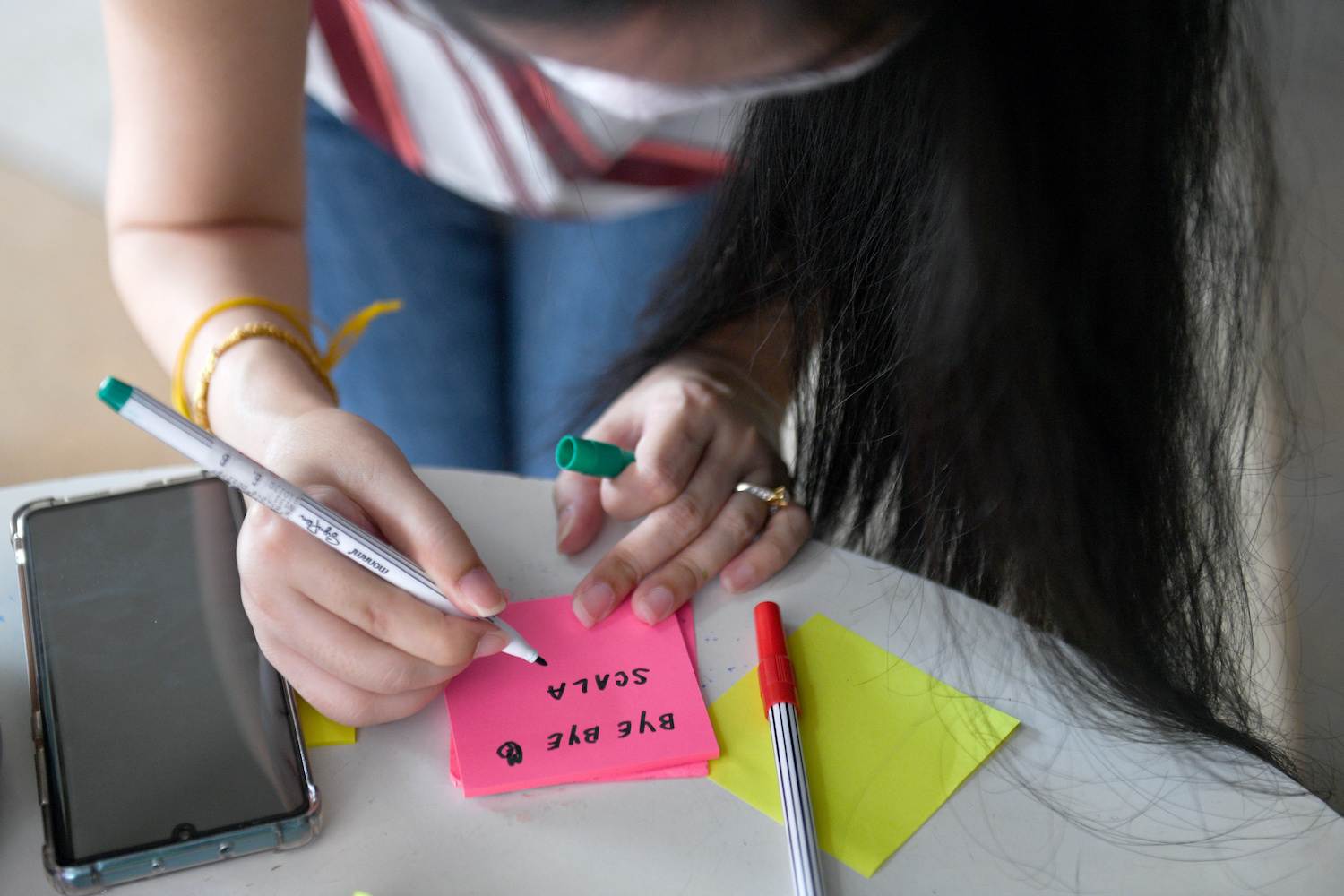 A woman writes a farewell message on a sticky note to be posted on a wall at the 50-year-old cinema. (Reuters/Chalinee Thirasupa)