The Fine Arts Department (FAD) will propose three blueprints for the public to choose in rebuilding the Bombay Burmah, a teak wood house in Phrae province which was demolished last month.

The plans will be based on the original design as it was built 127 years ago, a subsequently modified version, and the latest form before it was dismantled last month. 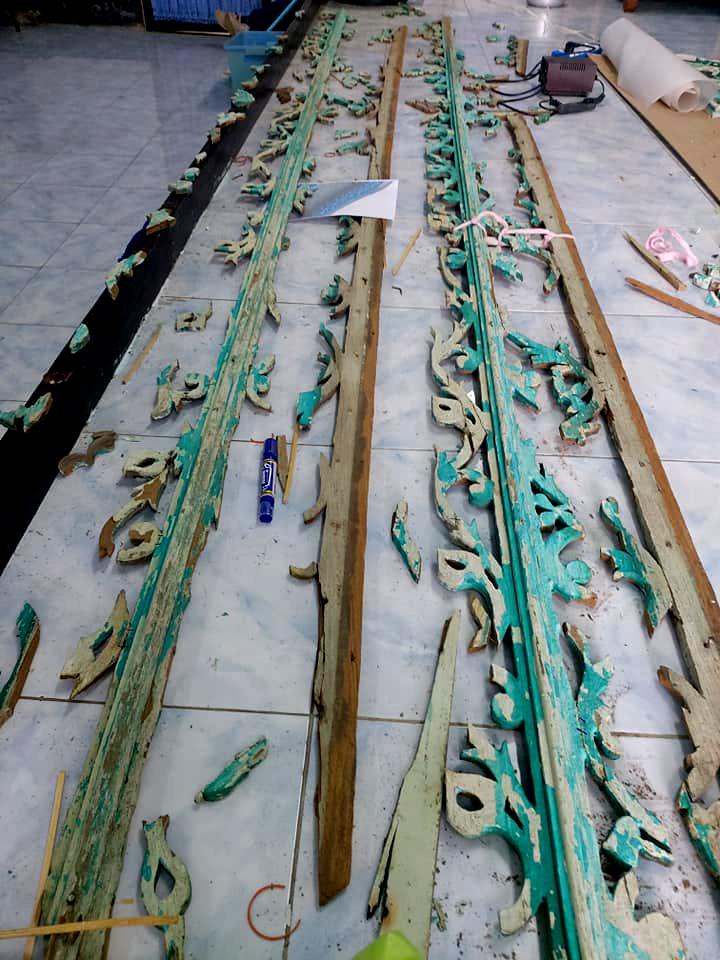 traces of the past: A photo shows old carved panels that contractors removed as they dismantled the 127-year-old Bombay Burmah teak house in Phrae province last month.

"These blueprints are based on information we have obtained from archaeological and historical surveys on the background of the Bombay Burmah house," FAD director-general Prateep Pengtako said. "We found out how the house has been modified and we will bring these topics to be discussed at a public hearing.

"If we want to bring Bombay Burmah back to life, we should know in which state we will rebuild the house."

The three blueprints will be unveiled in a public hearing in Phrae province. Mr Prateep did not specify the time frame.

Meanwhile, police have summoned Department of National Parks, Wildlife and Plant Conservation officials for interrogation to find who was responsible for dismantling the vintage house. The culprit could face seven years in jail, a fine of 700,000 baht, or both.