Khiew Ngern did just that -- the four-month-old dog was desperate for help finding its way home.  (continues below) 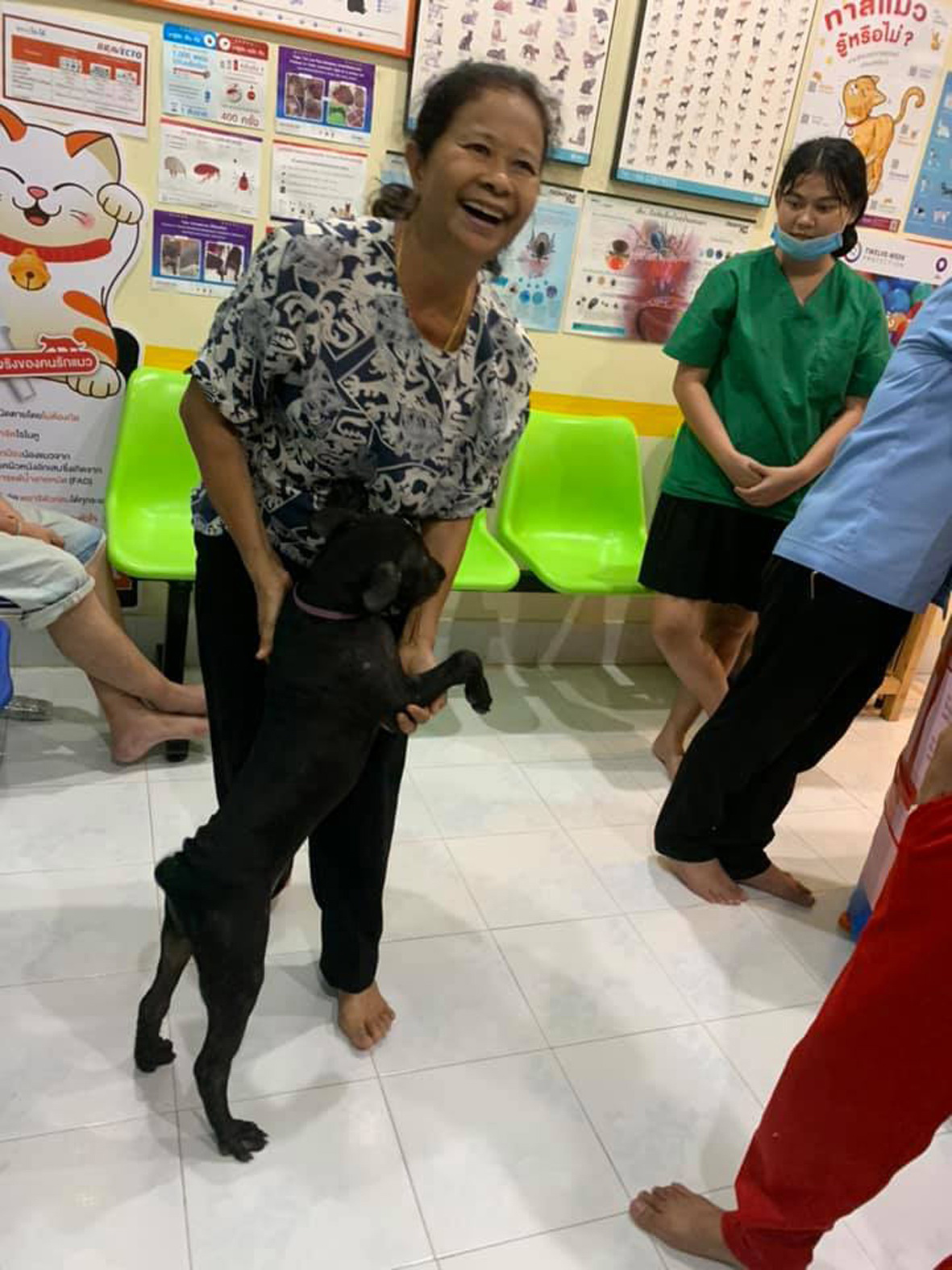 The dog was first noticed by an assistant at Phuttaraksa Animal Clinic, in Muang district of Samut Prakan, pacing back and forth outside the glass door about 8 o'clock on Tuesday nght.

She went over to have a better look, without any intention of letting it in. But Khiew Ngern was insistent - barking and using its front paws to knock on the glass. Fascinated, she caved in, opened the door and allowed the dog to walk inside.

Veternarian Saengduen Chotepanus was busy treating other animals at the time.

Ms Saengduen said the assistant who let the dog in suggested she go out and have a look at it, saying it  looked somewhat familiar.

Ms Saengduen said the dog was happy to see her. She checked with her files and found it was one of the pets she had treated at the clinic. She then called its owner.

Sunee Bunwara arrived to pick up her dog an hour later. She said Khiew Ngern had been missing since around 2pm, and had probably become lost.

She normally let Khiew Ngern and her other dogs roam free while she took care of her customers at Bai Mai Kitchen restaurant.

She went looking for the young dog after noticing it missing, but finally gave up. She was delighted when the clinic rang her later that night.

Ms Sunee said the dog had received regular vacinations at the clinic since it was born. She and the vet believed the dog was lost, but remembered its way to the clinic and went there for help. (continues below)

A video showing Khiew Ngern outside the clinic was posted on its Facebook account and received cheerful comments.

"My dog also remembers the clinic every well," Oop Aj wrote. "It's poised to flee whenever I approach the place."

"Thanks for letting it in," J Ampai Bunruang said.