B1 million in damage to building in Ratchaburi

The walls and windows of a commercial building in Muang district of Ratchaburi are blown out following an explosion caused by a gas leak on Saturday morning. Four people were injured. (Photo: Saichon Srinuanchan)

RATCHABURI: Four people were injured, one seriously, in an explosion caused by a gas leak at a food shop in Muang district on Saturday morning.

The explosion occurred on the ground floor of a three-storey commercial building opposite Boromrajonani College of Nursing Jakreerat, said Pol Maj Niphon Sornnarin, a duty officer at Muang police station, who was alerted at around 6.30am on Saturday. Firefighters rushed to the scene to contain the damage.

The force of the blast caused serious damage to the ground floor that housed a food shop, and to the upper floors where bedrooms were located. Glass windows and walls were blown out, and further damage was done to six row buildings and some cars.

Mana Iemchan, 50, the owner of the food shop, suffered burns to his body and was rushed to Ratchaburi Hospital, said police. Pai Nak-iem, 77, Pongnapha Iemchan, 18, and a 14-year-old girl sustained injuries from broken glass.

A police investigation found that Mr Mana had gone downstairs from his bedroom to open the food shop. When he switched on a light, a cooking gas cylinder suddenly exploded and caught fire. The resulting blast injured him and the three people who were sleeping upstairs.

Police believed a gas might have leaked during the night before the owner went downstairs. The explosion caused more than one million baht worth of damage, said the officers. Police cordon off the scene of the gas explosion in Muang Ratchaburi. (Photo: Saichon Srinuanchan) 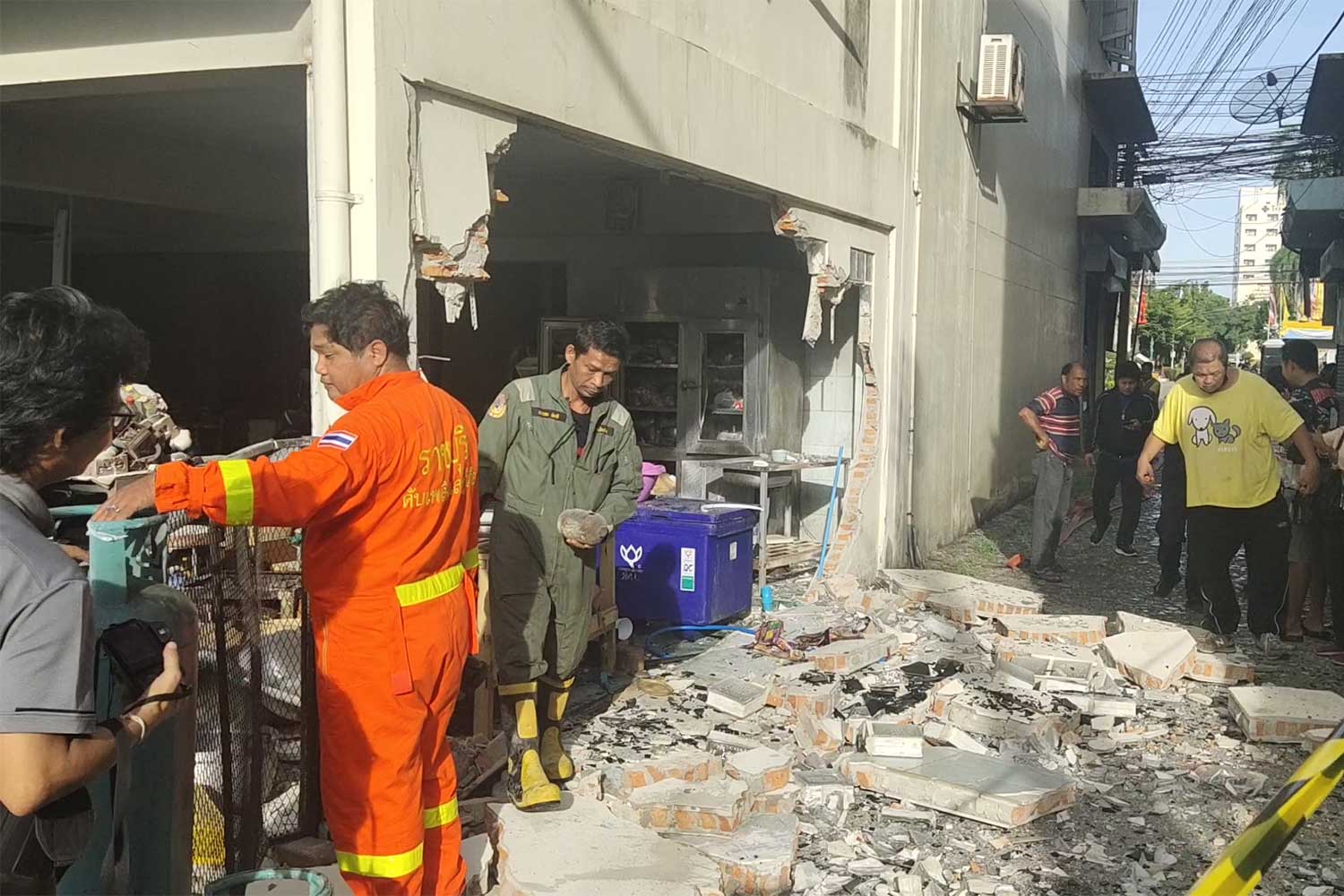