Montri Sakhun, 69, shows reporters where he was struck on the temple by an angry Mercedes-Benz driver in Nong Song Hong district of Khon Kaen on Friday. (Photo by Chakrapan Nathanri)

KHON KAEN: An angry Mercedes-Benz driver has become the target of online criticism after a video showing him punching a 69-year-old motorist and ordering the man to apologise to his mother went viral.

Montri Sakhun, a resident of Samrong village in Nong Song Hong district, said the incident occurred on Thursday when he drove his pickup truck to a local shop to renew his vehicle registration. The trouble started when he turned right into an area in front of shop.

“Suddenly, a black Mercedes-Benz cut in front of my car. The driver, about 165cm tall with fair skin, got out of the sedan and walked toward me,” he told local reporters on Saturday. “The man punched me in the left temple and said I’d driven my vehicle to cut in front of his.

“I apologised to him even though I thought I was not wrong but I wanted the problem to end. I was also afraid that the man might have a weapon. The man asked me to get out of my pickup to prostrate myself in front of his mother, who was sitting in the Benz. I did what he asked. The woman told me that she was slightly hurt in her forehead. I apologised to her and left.

“But the man did not stop. He said he would kill me if I was not old. The incident happened in full view of shop staff, but nobody dared to intervene for fear of being assaulted.”

After the incident, he phoned his children to tell them what had happened, and later gathered video evidence from the security camera installed in front of the shop to file a complaint with the Nong Song Hong police.

Warut Meeta, 31, a grandson of Mr Montri, asked police to make the Mercedes-Benz driver answer for what he had done. His family would not compromise over the incident, he said. 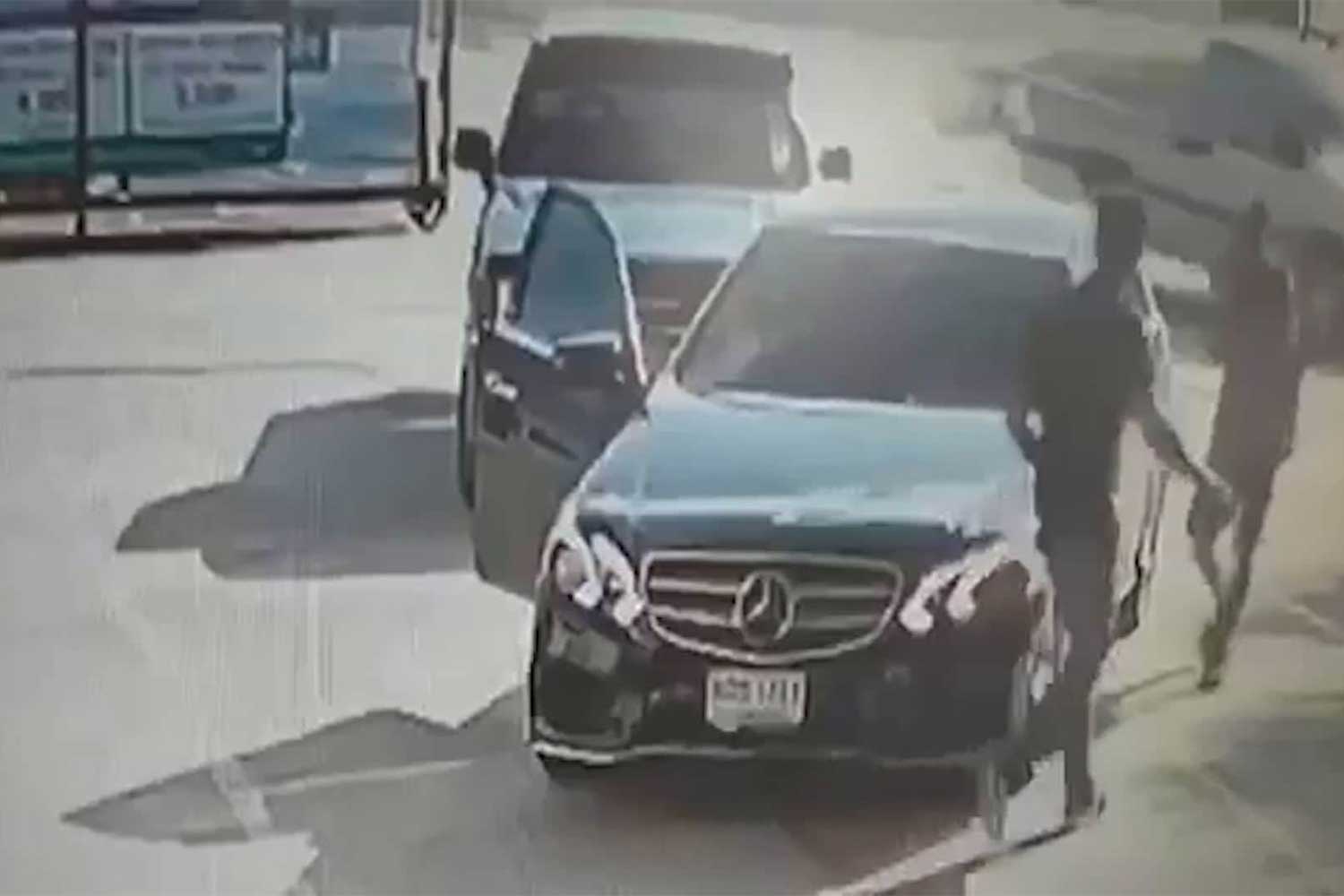 An image from a security video shows the Mercedes-Benz driver asking an elderly man to apologise to his mother sitting in the car.

Pupils in dope clip get reprimand

The government has reaffirmed it is illegal for students to smoke cannabis in schools and for vendors to sell cannabis to people aged under 20 years old, deputy government spokeswoman Traisuree Taisaranakul said on Wednesday.

Investors in cannabis businesses are calling on the government to clarify its support as well as laws related to cannabis usage, fearing the fledgling industry may be affected by the House of Representatives' withdrawal of the Cannabis and Hemp Bill from its agenda earlier this month.