Traffic on inbound lanes of the Mittraphap Highway in Nakhon Ratchasima is heavy as drivers head to the Northeast on Saturday for a four-day weekend. (Photo: Prasit Tangprasert)

NAKHON RATCHASIMA: Traffic was heavy heading to Nakhon Ratchasima, the gateway to the Northeast, on Saturday morning as thousands of drivers set out for a four-day weekend.

Vehicles packed the inbound lanes of the Mittraphap Highway in tambon Klang Dong in Pak Chong district and alongside the Lam Takhong reservoir. 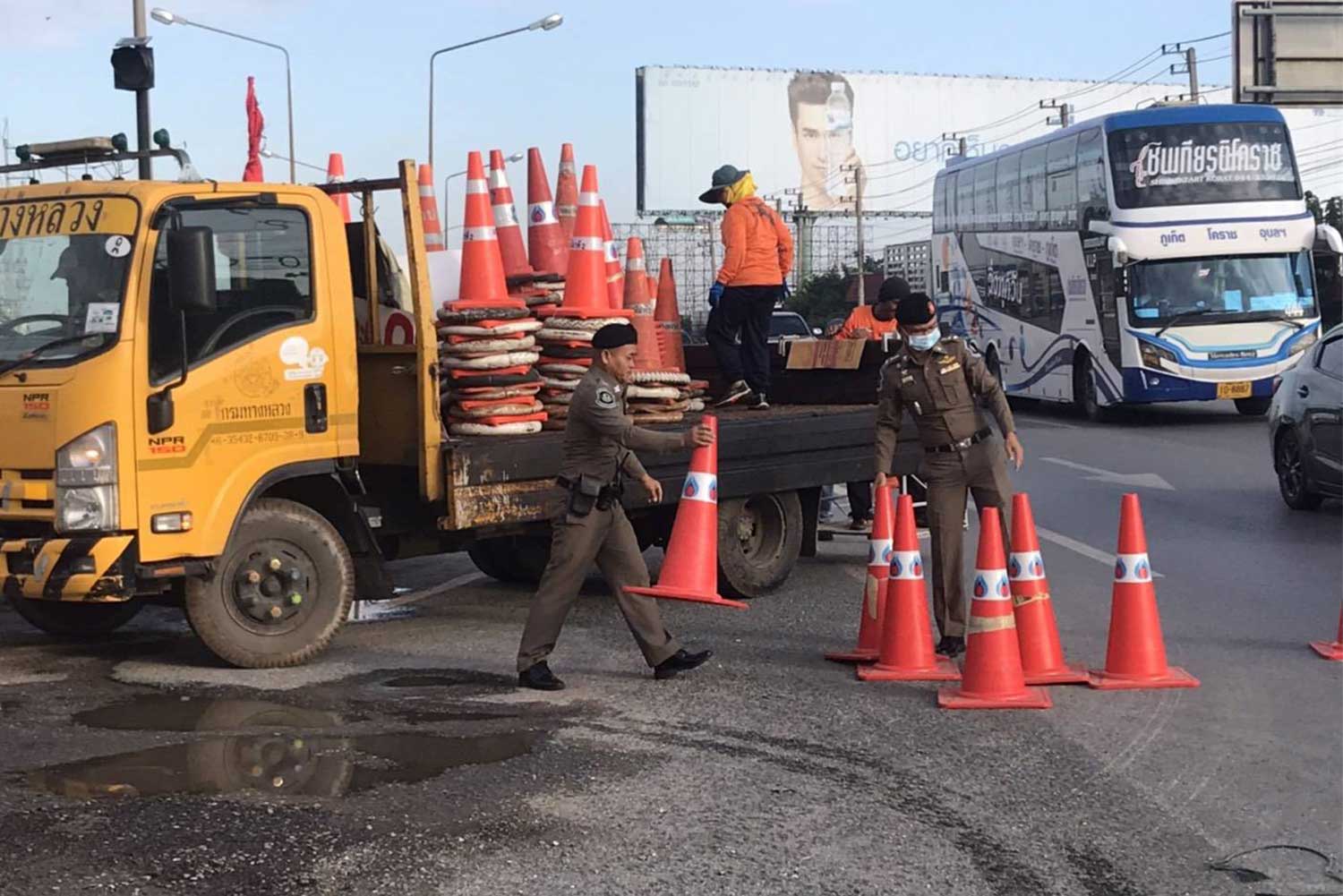 Traffic police prepare to create a special lane on the Mittraphap Highway to relieve congestion on Saturday. (Photo: Prasit Tangprasert)

Traffic moved at a snail’s pace on several sections of the highway, from tambon Nong Sarai in Pak Chong to tambon Lat Bua Khao in Sikhiu district.

The road was expected to be busy all day long as more people set out on journeys to northeastern provinces.

Earlier, the cabinet approved July 27 as a substitute holiday for Songkran, which had been postponed from April because of the coronavirus outbreak. This created a four-day weekend as Tuesday is already a holiday in celebration of His Majesty the King’s birthday.

However, tourism forecasters say the outlook for the holiday in many parts of the country is subdued, as it is the second four-day weekend this month and many people have already spent money on trips.

The inbound lanes of the Mittraphap Highway in Nakhon Ratchasima, the gateway to the Northeast, are busy on Saturday. (Video clip by Prasit Tangprasert)