Vorayuth "Boss" Yoovidhya is seen at Thong Lor police station in Bangkok after the crash on Sept 3, 2012. (Photo: Somchai Poomlard)

A panel of prosecutors on Tuesday recommended re-investigation that may lead to charges of cocaine abuse and reckless driving causing death for Red Bull scion Vorayuth "Boss" Yoovidhya.

The dramatic turnaround on Mr Vorayut's fatal hit-and-run case in Bangkok in 2012 came in a review of the prosecution by a working group of the Office of the Attorney-General (OAG) and was announced by OAG spokesman Prayut Petcharakhun. Earlier a deputy attorney-general and an acting police chief decided not to arraign him on the charge of reckless driving causing death.

Mr Prayut said that Nate Naksuk, deputy attorney-general responsible for cases with justice complaints, had initially made a sound decision against arraignment based on available evidence and witnesses.

Although police investigators initially believed Mr Vorayuth had driven his Ferrari car at 177 kilometres per hour, they later reduced the estimated speed below 80kph. The change came after the suspect's repeated appeals for "justice" and the appearance of more evidence and witnesses.

Mr Prayut also mentioned the account of late witness Jaruchart Maadthong, who reportedly drove a pickup truck at the crash scene at 80kph, saw the victim cut in front of him on his motorcycle and then heard the noise of a crash behind. The witness gave his story days after the crash.

Mr Prayut said the prosecutors' working group found later that Sathon Wicharnwannarak, a physics lecturer of Chulalongkorn University who worked for forensic police, had concluded that the speed of the Ferrari at the time of the crash was about 177kph. However, the conclusion had not been included in police investigative report relating to the case.

The statute of limitations on the charge will not expire for another seven years.

Regarding the alleged cocaine abuse, Mr Prayut said that a blood sample taken from Mr Vorayuth's blood on the day of the crash indicated that he had abused cocaine. However, police had not raised the matter in their past investigative report, he said.

Police and prosecutors omitted the charge of driving under the influence of alcohol because a test showed the Red Bull scion must have drunk after the crash -- because his blood alcohol level was so high, he would have been unable to drive.

Charnchai Chalanonniwat, deputy director-general of the OAG's Department of Criminal Litigation, said the blood test showed the presence of benzoylecgonine and cocaethylene.

Neither chemical was a narcotic in itself, he said, but benzoylecgonine would emerge after cocaine use, while cocaethylene resulted from the use of cocaine and alcohol.

Mr Charnchai and Mr Prayut said that the new evidence found by the working group justified the fresh investigation in the hit-and-run case. 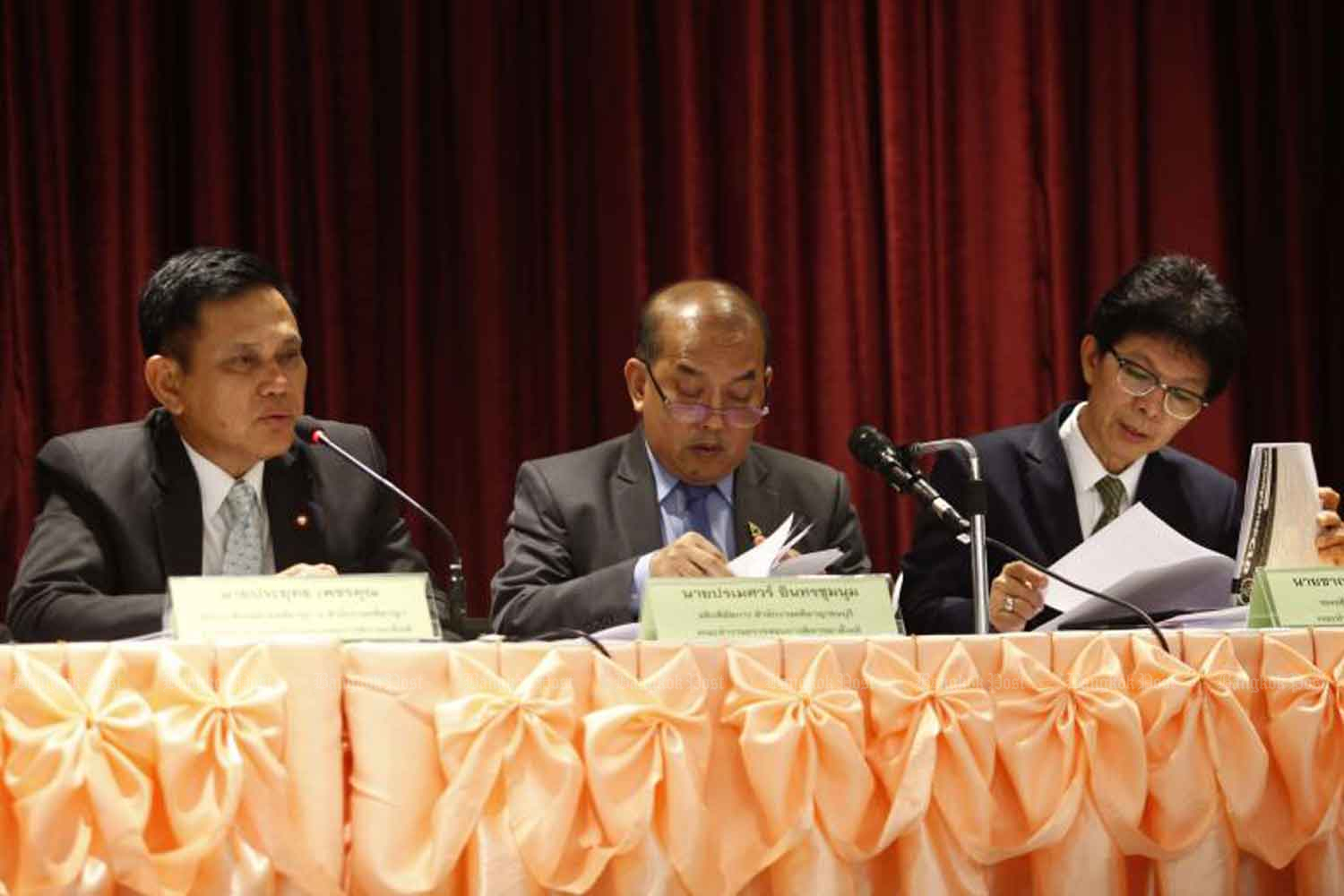 Prayut Petcharakhun, left, spokesman for the Office of the Attorney-General, and Charnchai Chalanonniwat, deputy director-general of the OAG's Department of Criminal Litigation, right, are seen at a press conference at the OAG in Bangkok on Tuesday. (Photo: Pattarapong Chatpattarasill)

The third and most serious charge, reckless driving causing death, would have remained on the books until 2027, but on July 23, CNN revealed the charge had been dropped.