Toddler in coma after hours in hot van
Thailand
General

Toddler in coma after hours in hot van

A relative tries to console the mother of the comatose 2-year-old boy who was left locked in a hot van for six hours outside a childcare centre in Phibun district of Nakhon Si Thammarat. (Photo: Nujaree Raekrun)

NAKHON SI THAMMARAT: A two-year-old boy remained in a coma on Friday, three days after he was left alone in a scorching hot van outside a childcare centre in Phibun district for six hours.

He was rushed to the hospital on Aug 11.

The boy's mother, Suwaphat Chaiyatham, 26,  said on Friday that the van from Wat Srimaram childcare development centre in tambon Kathun picked her son up at their home on Tuesday morning. Normally, Thanakit sat in the front row of the van, but that day he was asked to sit behind, she said.

That afternoon, his teacher sent photos to parents of the children inside the classroom.

She panicked and immediately rushed to the care centre, where she learned he had been forgotten and left locked in the van throughout most of he hot day.

Nong Kongbin had already been rushed to hospital. She went to the hospital and found her son was having severe convulsions.

A doctor treating him said her son’s liver and kidneys were not functioning or responding.  He was put on life support.

She begged the doctor and hospital staff not to remove life support from him as she wanted her son to have a chance to recover.

A tearful Ms Suwaphat said when she kissed her son goodbye on Tuesday it never occurred to her it might be for the last time.

She did not want school vans like that one used to transport children anymore. A songtaew minibus might be better, as people could see whether there were any children still inside the vehicle.

Police were waiting for the family to file another complaint against the van driver, the teacher tasked with caring for the children while they were in the van, and other teachers.

They were likely to face charges of carelessness causing serious injury. 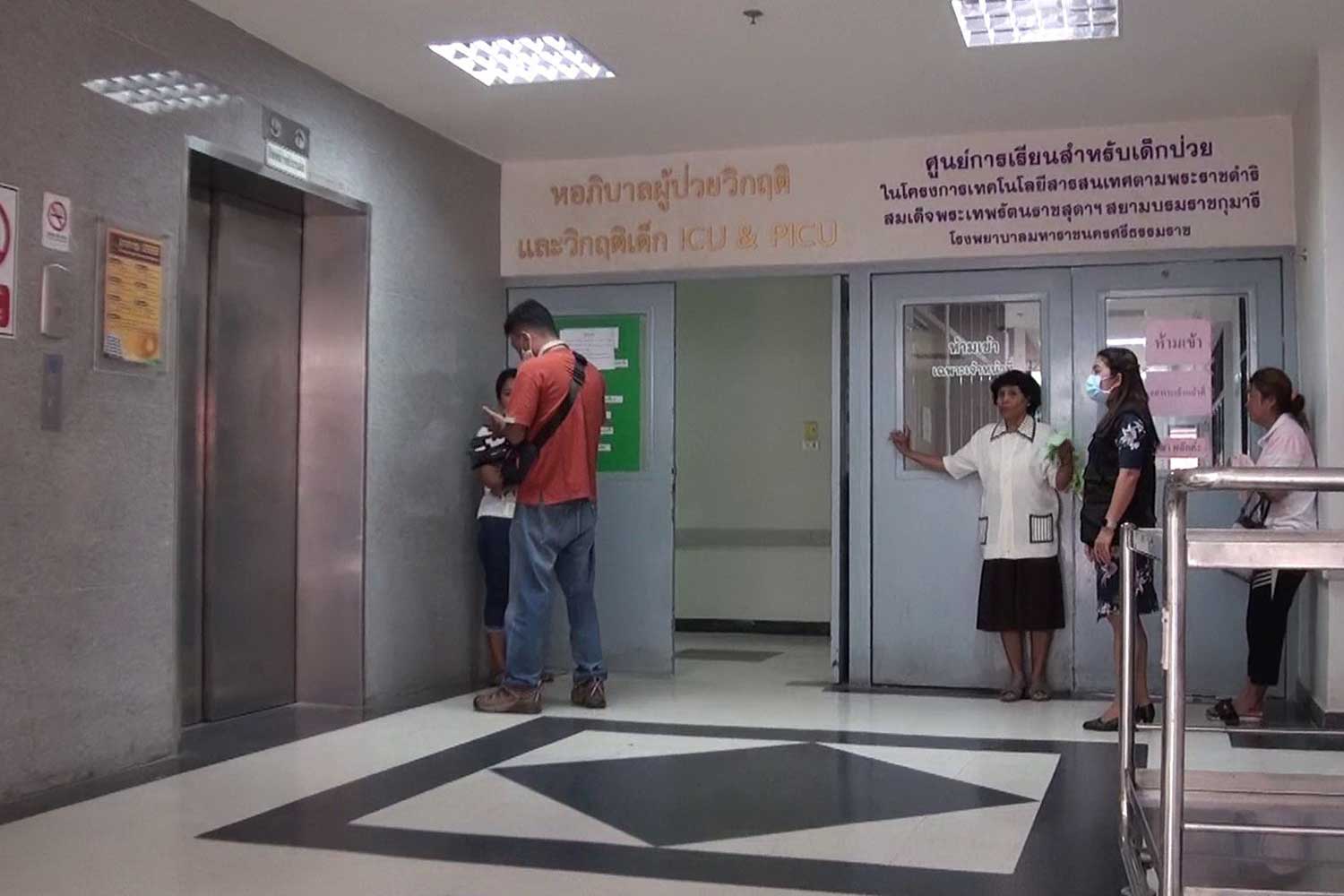 Relatives wait outside the intensive care unit at Maharaj Nakhon Ratchasima Hospital, where Thanakit Yodmanee, Nong Kongbin, 2, is being treated. The boy remaned in a coma after being left in a hot van outside a childcare centre in Phibun district  for six hours on Tuesday. (Photo: Nujaree Raekrun)