Phrakhru Phiphat Thampaneesilwitthatho, abbot of Wat Prathum Bucha in Prachin Buri's Sri Maha Phot district, tells local residents about the burglary at his living quarters in which more than 300,000 baht in cash and donated gems worth about 10 million baht had been stolen. (Photo by Manit Sanubboon)

PRACHIN BURI: Thieves broke into the living quarters of the abbot of a temple in Sri Maha Phot district and made off with more than 300,000 baht in cash and donated gems worth about 10 million baht.

Police and forensic officers examined the abbot’s living quarters and found the door was forced open.  The abbot’s bag used for keeping documents was ransacked and money kept inside disappeared.

An unknown number of thieves forced opened his bedroom and ransacked it. They opened two safes containing valuable items and cash, but did not notice 700,000-baht cash inside. The monk's bed was searched and 300,000 baht kept above the bed went missing. Donated gems worth more than 10 million baht were stolen.

Phrakhru Phiphat Thampaneesilwitthatho, abbot of the temple and chief monk of tambon Ban Tham, told police he went to perform religious duties at a temple hall on Tuesday morning.  He saw technicians who were called to repair closed-circuit television cameras at the temple on Monday walking around the temple.

Later, he went back to his living quarters and found the room was forced open. He immediately went inside and found valuables and cash had gone. He asked all technicians working at the temple, but none of them knew anything.

The abbot believed thieves might have mingled among the group of technicians and waited for an opportunity to break into his living quarters and his room.

The abbot based his assumption on the fact the CCTVs in key areas of the temple did not work even though they had been repaired on Monday. The temple had more than 30 CCTVs.

The officers were investigating. 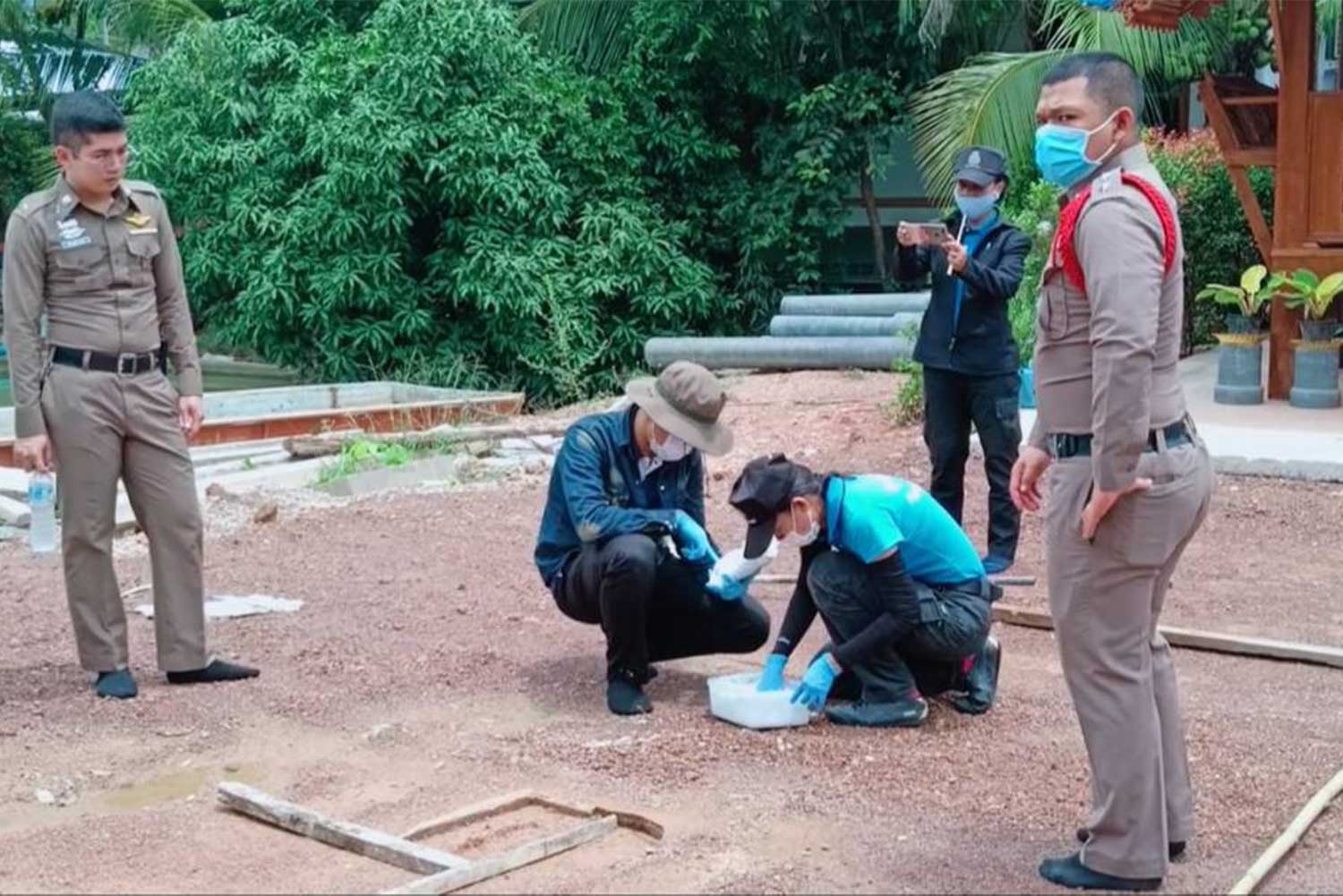 Police and forensic officers investigate the burglary at the temple in Prachin Buri to find possible clues. (Photo by Manit Sanubboon)