An artist's impression of an elevated station on the monorail line planned for Pattaya. (Photo: Chaiyot Phupattanapong)

PATTAYA: Construction of a monorail line through the city area could start as early as 2023, if it receives cabinet approval, a senior city official said on Friday.

Pongtawee Lertpanyawit, who is in charge of the feasibility study, said work should begin in 2003 or 2024 at the latest, and the 9-kilometre-long line could be operational by 2027.

The monorail line still needs cabinet approval after the study is completed. It iwill nclude an environmental impact assessment.

It project is now at the public hearing stage. An opinion poll found that 80% of city residents favoured a monorail over a tram or underground train.

The planned mass transit line will ease congestion in the city and link with the high-speed train line being built between Don Mueang and U-tapao airports. The exact route, from Bali Hai pier through the downtown area to the high-speed train station, has not been finalised. (continues below) 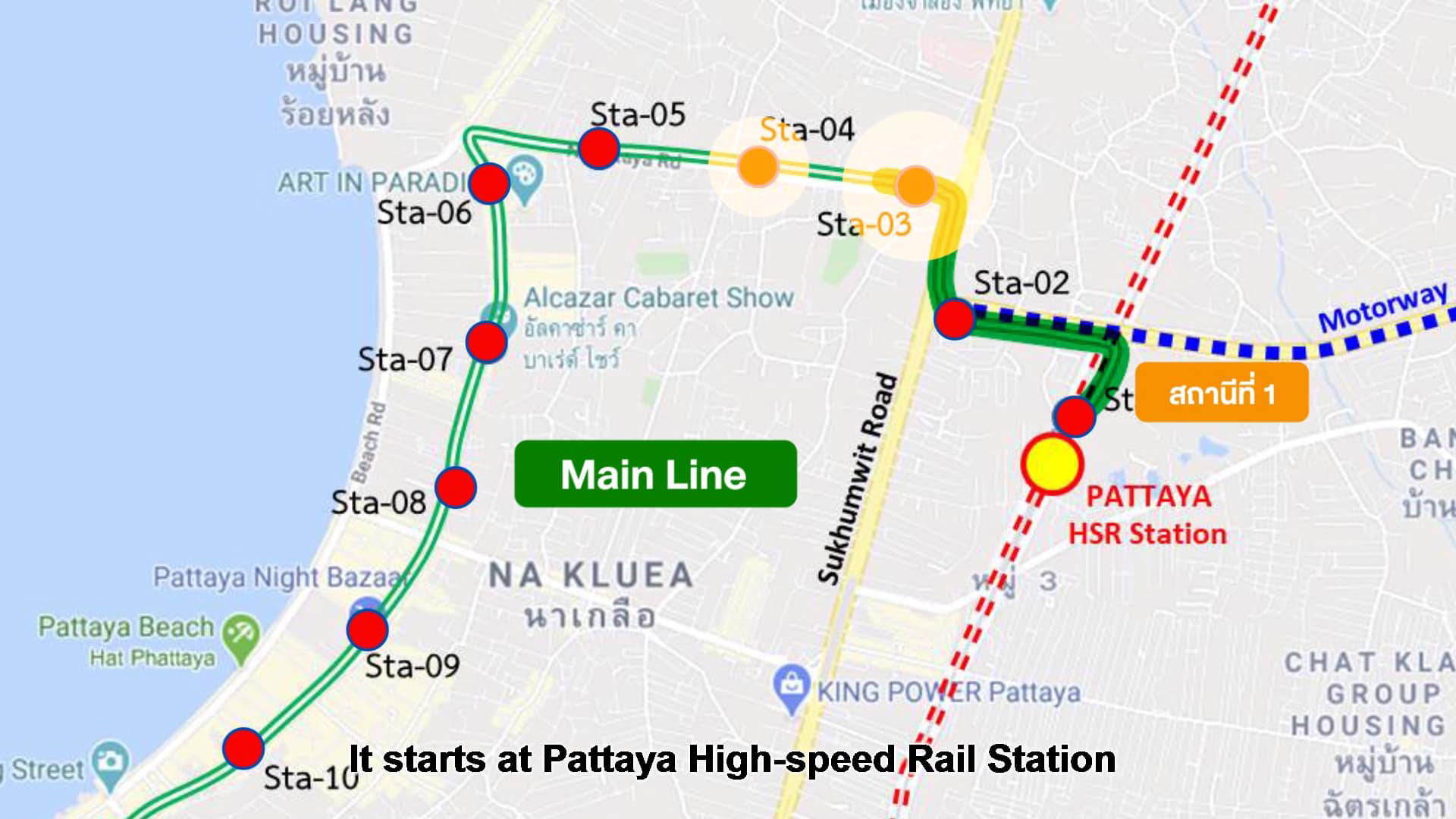 Most of the planned monorail route in Pattaya. It will terminate at Bali Hai pier.