The ongoing friction between Sira Jenjaka of the Palang Pracharath Party (PPRP) and Thai Civilised Party leader Mongkolkit Suksintharanon, escalated on Friday with a very public fracas at Parliament House.

Mr Mongkolkit was seen walking straight up to Mr Sira and grabbing his right arm.

Mr Sira asked onlookers to record the incident before shaking himself free and calling his adversary "a rogue".

Mr Sira had only just filed a police complaint against Mr Mongkolkit, alleging the leader of the small Thai Civilised Party had threatened to knock out all his teeth in a post on his Facebook page.

The PPRP member for Bangkok told Pol Lt Col Supawut Wisetwoharn, deputy chief at Thung Song Hong police station in Bangkok, that in doing so Mr Mongkolkit had threatened his physical safety in violation of Section 392 of the Criminal Code. 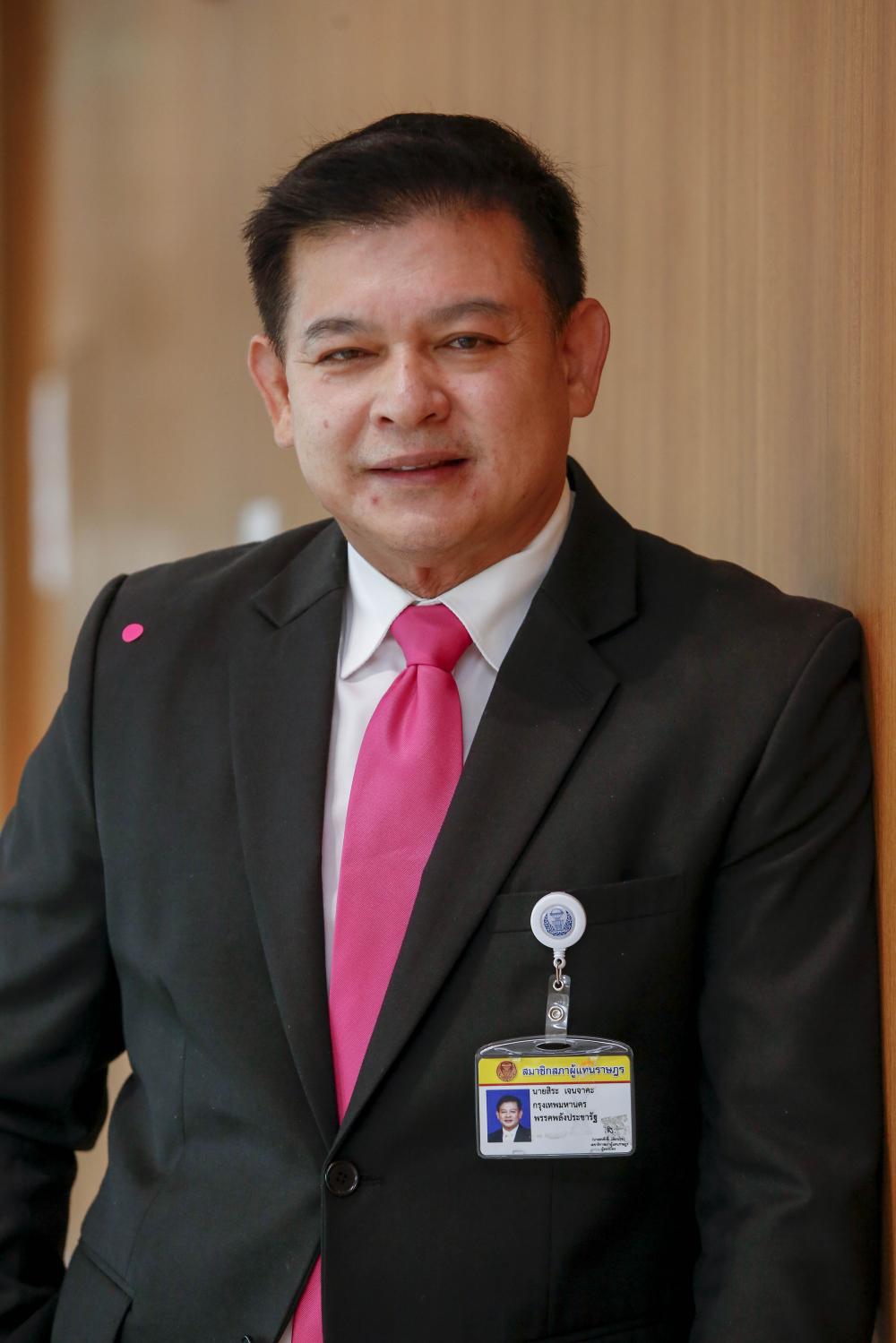 The two men have been at odds ever since Mr Mongkolkit called publicly for Gen Prayut to resign if he could not control the anti-government demonstrations within one month.

Mr Mongkolkit said he expected even more people to take part in a major rally at Thammasat University planned for Sept 19, not only university and high school students, but also people made jobless by the economic slump.

He said if the prime minister was unable to control these rallies, he should resign so that another, more capable person could do the job instead.

Mr Sira replied sarcastically on Thursday that if Mr Mongkolkit had run out of money, after donating so much to help Covid-19 affected victims, he would be happy to lend him some.

His comment followed a Thai Rath report that Mr Mongkolkit had donated 91,376 baht to the Office of the PM's permanent secretary to support the government's efforts to solve Covid-19.

He showed evidence of his donations on his Facebook page on Aug 4.

According to Mr Sira, Mr Mongkolkit's reaction on Facebook, was: "Ai Sira, wherever I see you, I will make you lose all [your] teeth. You don't know me well."

After yesterday's scuffle Mr Mongkolkit said that he had merely grabbed Mr Sira's arm because he wanted to ask Mr Sira if he ever thought before he spoke.

He also accused the PPRP MP of repeatedly saying bad things about him behind his back.

The Thai Civilised Party leader maintained that he had never called Mr Sira names, nor been the one who started their feud.

The two men later took turns to report what had happened to House Speaker Chuan Leekpai.

Later, at Parliament House, Mr Chuan said he had tried to resolve the dispute but that both men refused to talk to each other.

He made it clear, moreover, that physical assaults between MPs must never occur.

Mr Chuan said only last week that parliament had held a meeting to discuss MPs' behaviour and it had tasked Chart Thai Pattana party-list MP Nikorn Chamnong with drafting ethical regulations and practices in parliament.

The latest dispute involving Mr Siri is not the first time he has been at the centre of controversy.

On Oct 30 last year he showed reporters a device containing the explosive TNT during a press conference held at parliament by the House committee on military affairs.

He said he had it "to test parliament's explosives detectors".

However, the secretary-general of the House secretariat, Sorasak Pienvej, lodged a complaint with Bang Pho police over the incident.