Supporters of pro-democracy activists remove police barricades in front of Samran Rat police station in Bangkok, as 15 activists arrive to acknowledge charges against them in connection with a rally on July 18. (Photo by Apichart Jinakul)

There was chaos in front of Samran Rat police station in Bangkok on Friday morning as anti-government activists arrived to acknowledge charges stemming from a rally on July 18.

Their supporters removed police barriers and during the ruckus one threw a container of paint that splattered over some officers.

Jatupat "Pai Dao Din" Boonpattarasaksa and 14 other activists were summonsed by police to answer charges against them.

They had stayed overnight at the October 14 Memorial at Khok Wua intersection on Ratchadamnoen Klang Avenue, "Sleeping in camp, not sleeping in prison".

On Friday morning, they walked from the nearby Democracy Monument to Samran Rat police station to answer the summonses.

More than 100 supporters accompanied them, some carrying banners with the message "Down with dictatorship. Long Live Democracy”, in Thai.

The 15 activists face charges of violating the emergency decree and traffic, cleanliness and disease control laws.

Around 9.45am, chaos erupted as supporters confronted police manning barricades set up to prevent outsiders and reporters from entering the station.

Angry supporters removed the barriers. Singer-songwriter Chai-amorn Kaewwiboonpan, known as Ammy of the Bottom Blues band, threw a container of blue paint at police, soaking some of them.

Mr Chai-armon said, “This is not a threat. If you (authorities) continue to bully us, I will bully you back with a form of art.’’

The supporters forced their way into the station compound, gathering at the bottom of the front entrance stairs as the activists entered the building to acknowledge the charges.

The activists were summonsed for their roles in the Free Youth rally near the Democracy Monument in Bangkok on July 18.

It was the first major political demonstration since the lifting of most Covid-19 restrictions.

He also said that after questioning, the 15 summonsed activists would be released. Activists usually elected to reserve their  testimony for the court, he added.

Police investigators would submit their case report to public prosecutors on Sept 16, the division chief said. 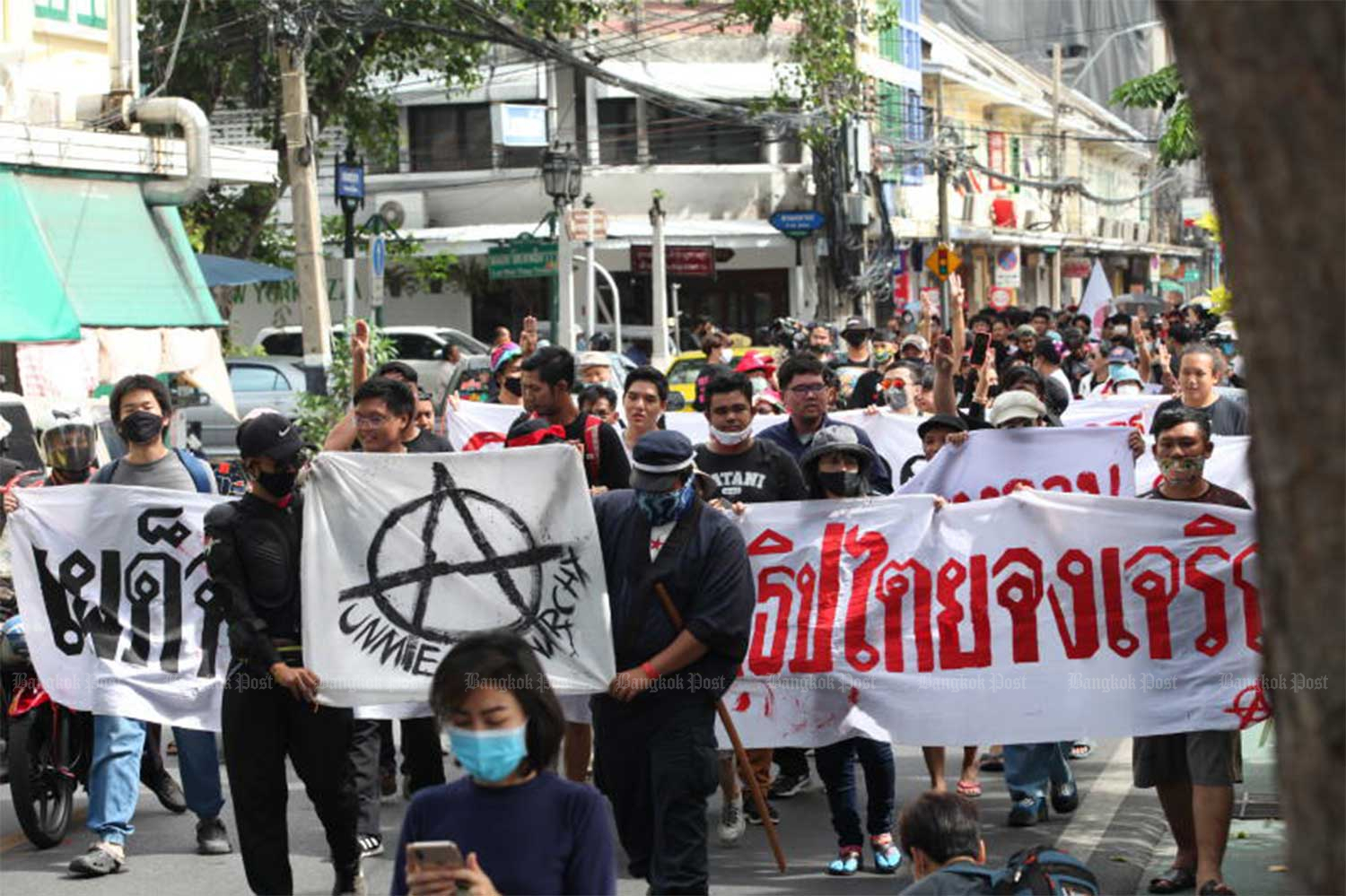 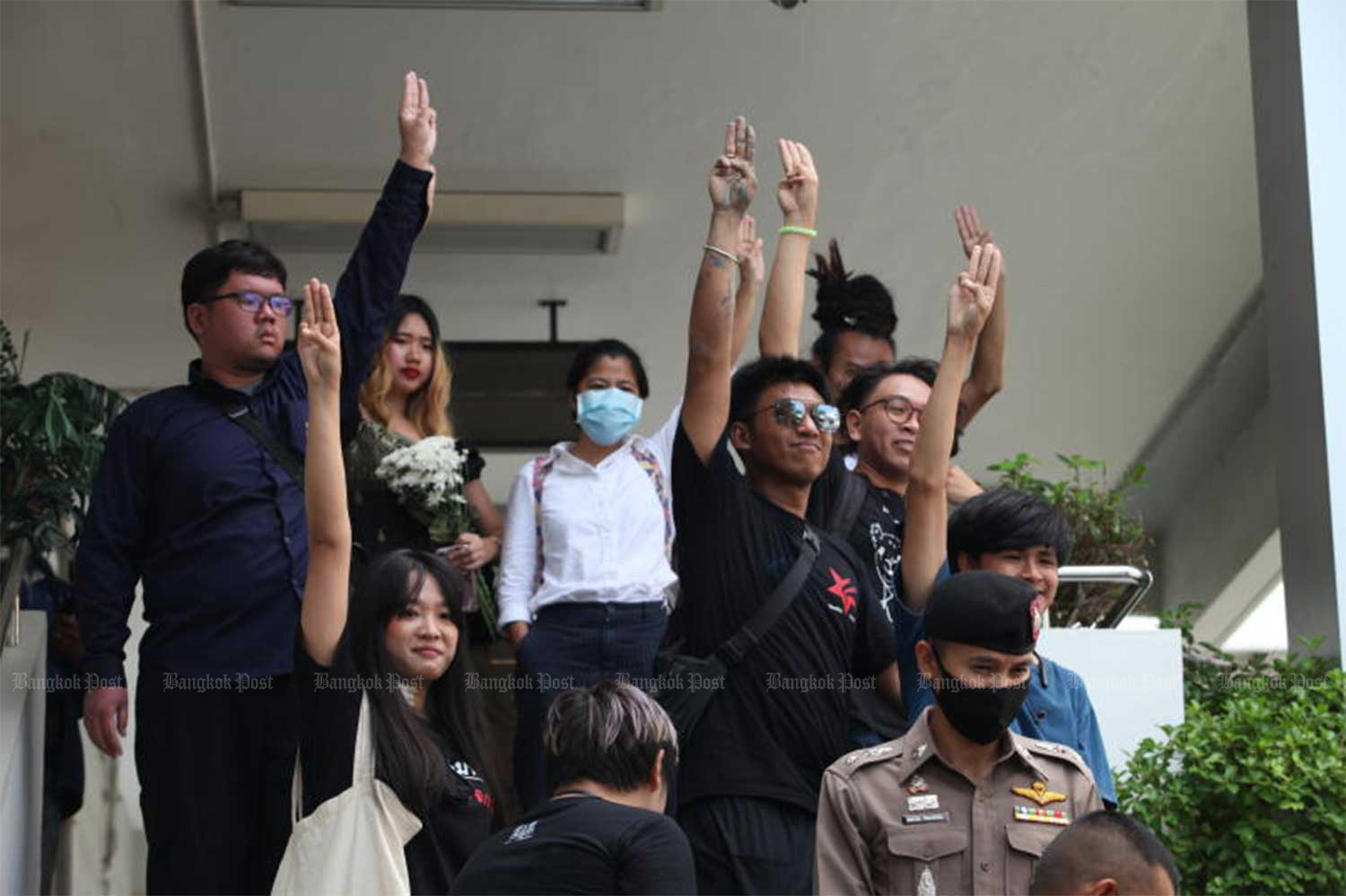 Pro-democracy activists flash a three-finger salute against dictatorship at Samran Rat police station, where they reported to  acknowledge charges in connection with a rally on July 18. (Photo: Apichart Jinakul) 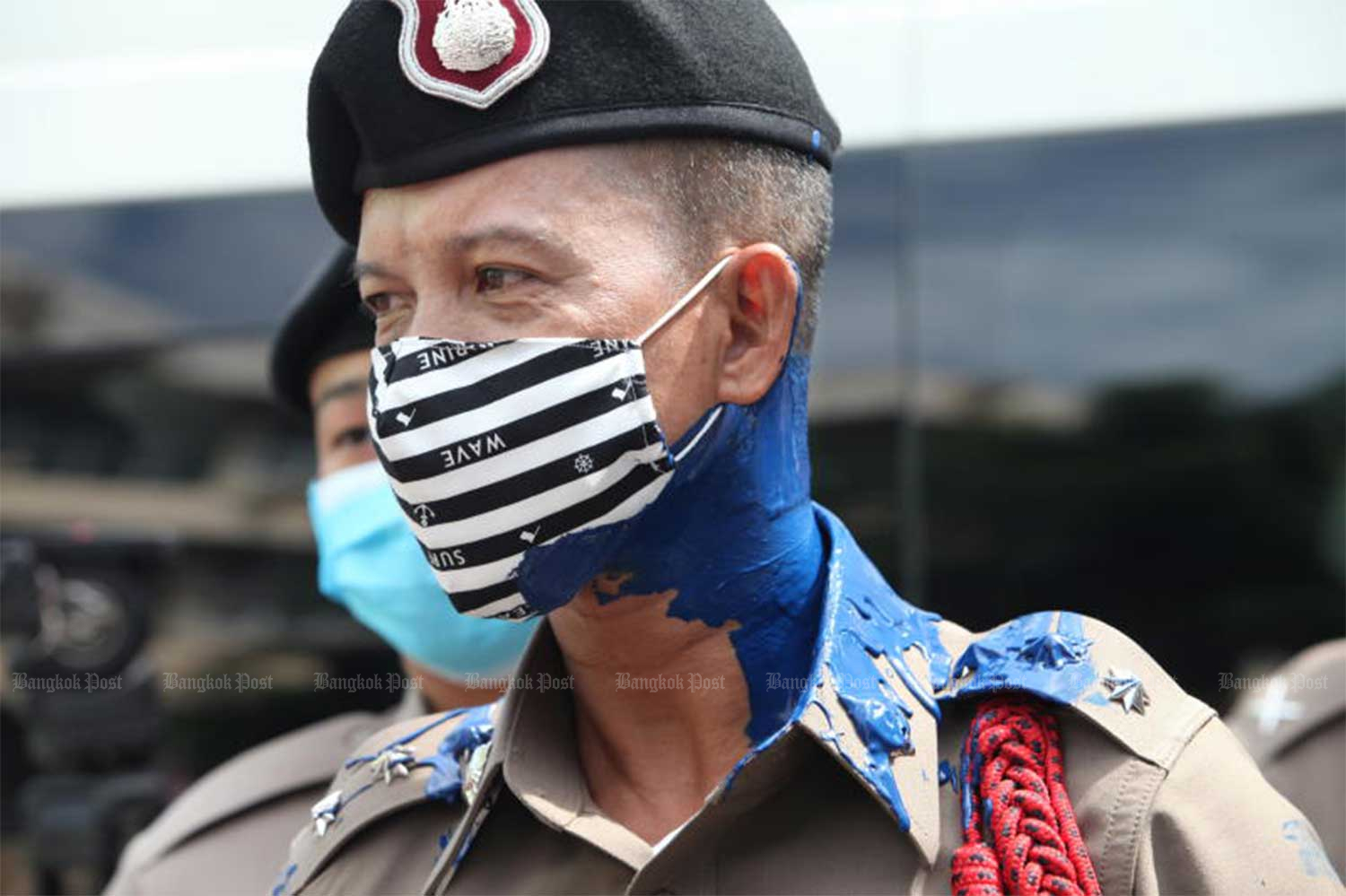