SURAT THANI: Two foreigners, long-stayers on Koh Phangan island, have been arrested after posting a video on Facebook of themselves toying with marine animals while diving in a protected area off the coast.

The video show the two men tickling marine creatures with a selfie stick and taking photos with them.

The clip went viral and caused offence on social media.

It also irritated Natural Resources and Environment Minister Varawut Silpa-archa, who instructed the Marine and Coastal Resources Department to find out who the men were, what they were doing in the area and whether they held diving permits and other licences required by law.

"The sea is home to marine life and marine resources. In the sea, humans are like uninvited guests. They should not do anything to annoy them or cause damage to their habitat," said the minister.

Sophon Thongdee, director-general of marine and coastal resources, said the men had been named as Attila Ott, a diving instructor and owner of the Pink Panther Scuba Dive Club and Bar, and Francesco Simonetti, a chef at Il Barracuda Restaurant&BBQ, Koh Phangan. He has a speed boat and often takes his customers out diving.

Mr Sophon said the men had been detained by Koh Phangan police and had admitted taking the video in an area off Salat beach, Koh Phangan, and posting it on YouTube.

He did not give the nationality of the foreigners. However, Mr Ott's website is in Hungarian.

In the presence of officials from the 4th Marine and Coastal Resources Office, police charged the men with intruding in an area designated for environmental protection, an offence which carries a maximum fine of 100,000 baht and/or one year in prison.

Mr Simonetti was initially fined for not reporting a change in his place of residence.

Mr Ott's wife Kritiyaporn Khamsing was also fined for providing shelter for a foreigner without informing the authorities within 24 hours, Mr Sophon said.

Their licences as diving instructors and other documents were being examined. 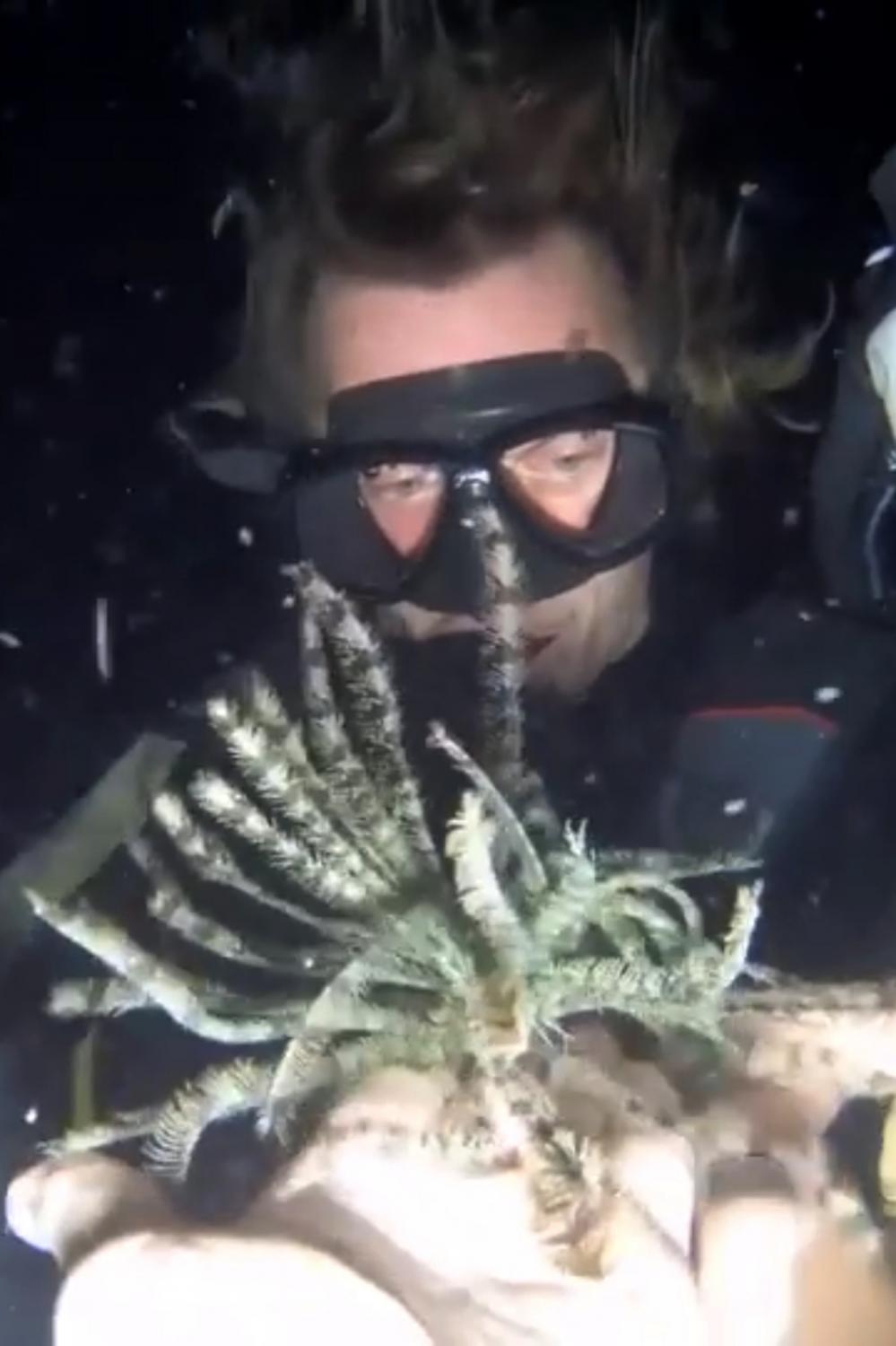 One of two foreigners is seen here tickling marine life with a selfie stick in a video posted on Facebook.

The State Railway of Thailand (SRT) will resume 14 local train services, starting on Monday in line with the easing of Covid-19 prevention measures throughout most of the country.

Who calls the shots?