Courier arrested with drugs worth B112m

Suspect initially claimed to be a police officer, investigators say

Packs of crystal methamphetamine weighing 75kg are displayed in Sakon Nakhon following the arrest of a drug courier early on Saturday. (Photo by Pratuan Kachornwuthinan)

SAKON NAKHON: A suspected drug courier has been arrested with 112 million baht worth of illegal drugs, including 75 kilogrammes of crystal methamphetamine, after a police search of his pickup truck in Muang district of this northeastern province.

Highway police stopped the pickup with Buri Ram licence plates at a checkpoint on Mannayomchan Road in tambon That Cheongchum at 12.05am on Saturday.

Driver Khongsak Jitrawang, 50, of Khao Wong district in Kalasin, initially claimed to be a police officer from Mukdahan when officers asked to search his vehicle, investigators said.

The search uncovered 75 one-kilogramme packs of crystal methamphetamine, 2,000 speed pills and 16 bars of compressed marijuana, each weighing one kg, hidden in the pickup.

The drugs, destined for Bangkok, had a combined value of 112 million baht, said police.

During a police interrogation, Mr Khongsak said he used to work as a bus driver on the Bangkok-Nong Khai route. He was later approached by a Lao national identified only as Roj via the Line chat app to deliver illicit drugs. The man had offered him 200,000 baht to collect the drugs from a forest site in Akat Amnuai district of Sakon Nakhon and deliver them to Bangkok, where another person would be pick them up, he told police.

He told officers it was not his first delivery: he was paid 50,000 baht to deliver 50kg of compressed marijuana from Sakon Nakhon to Bangkok last month. That delivery was completed successfully. 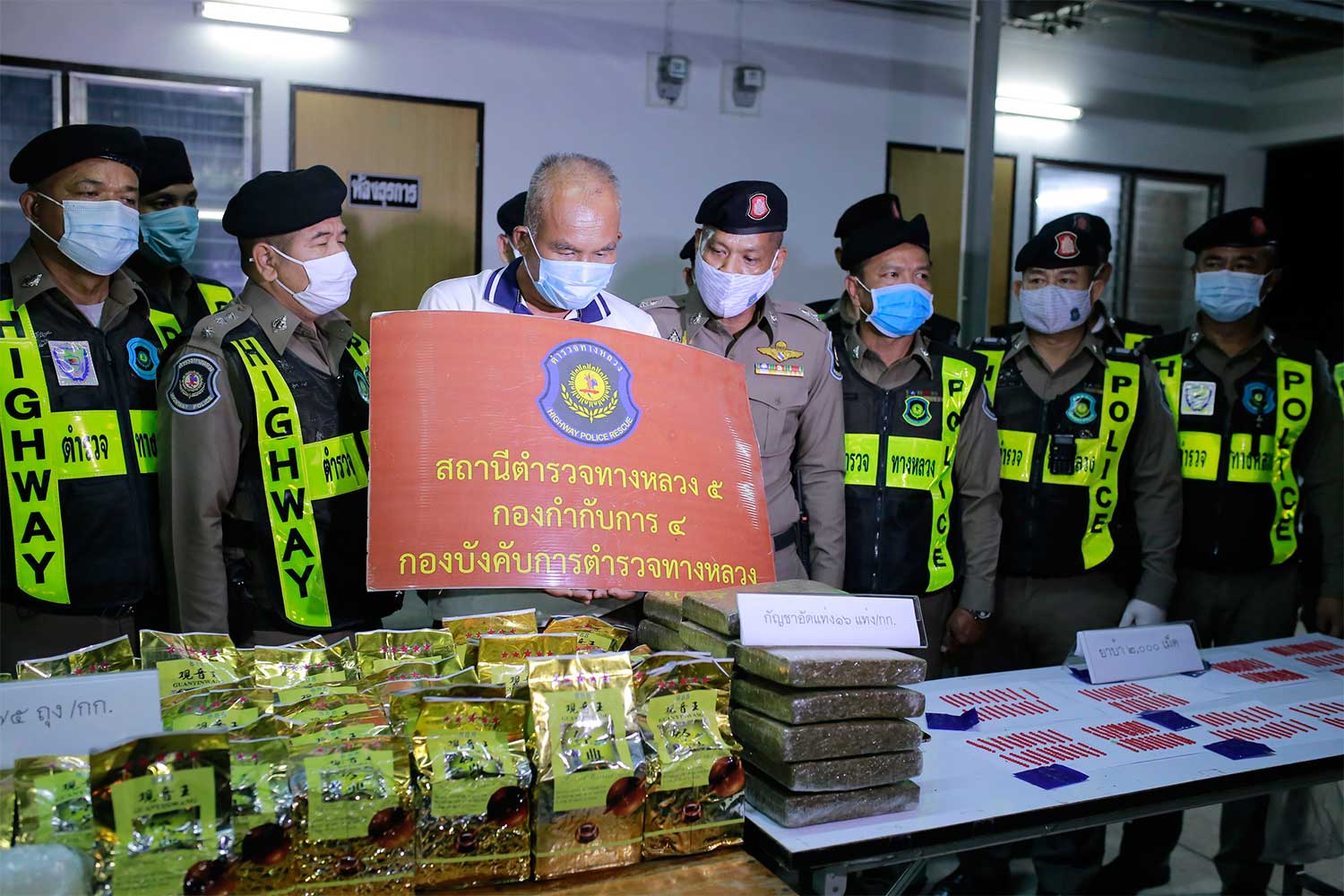