Driver slays irrigation official who disrespected him at party

The body of the slain official (blurred) lies on the floor at the venue for the retirees' farewell party at the 16th Irrigation office in Hat Yai district, Songkhla, early on Friday morning. The sole suspect, an inebriated office driver, was waiting to surrender to police when they arrived. (Photo: Assawin Pakkawan)

SONGKHLA: A farewell party for retirees turned violent in the early hours of Friday, when an inebriated driver ended a quarrel by shooting dead a drunken colleague.

The bloodshed happened at the 16th Irrigation Office in tambon Khuan Lang about 4am after an all-night party, said Pol Lt Col Sathaporn Suksawang, investigation inspector for Hat Yai.

Anukul Phetthong, 48, an official in the machinery section, was shot twice at close range, suffering fatal wounds to his head and body, he said.

The alleged killer was waiting at the scene when police and medical responders arrived. Sa-ngad Ninsuwan, 53, a driver who worked in the same office as the victim, was waiting for police. He appeared to be drunk, Pol Lt Col Sathaporn said.

A .38 handgun loaded with two rounds was handed over to police. Two spent cartridges were found on the floor. (continues below) 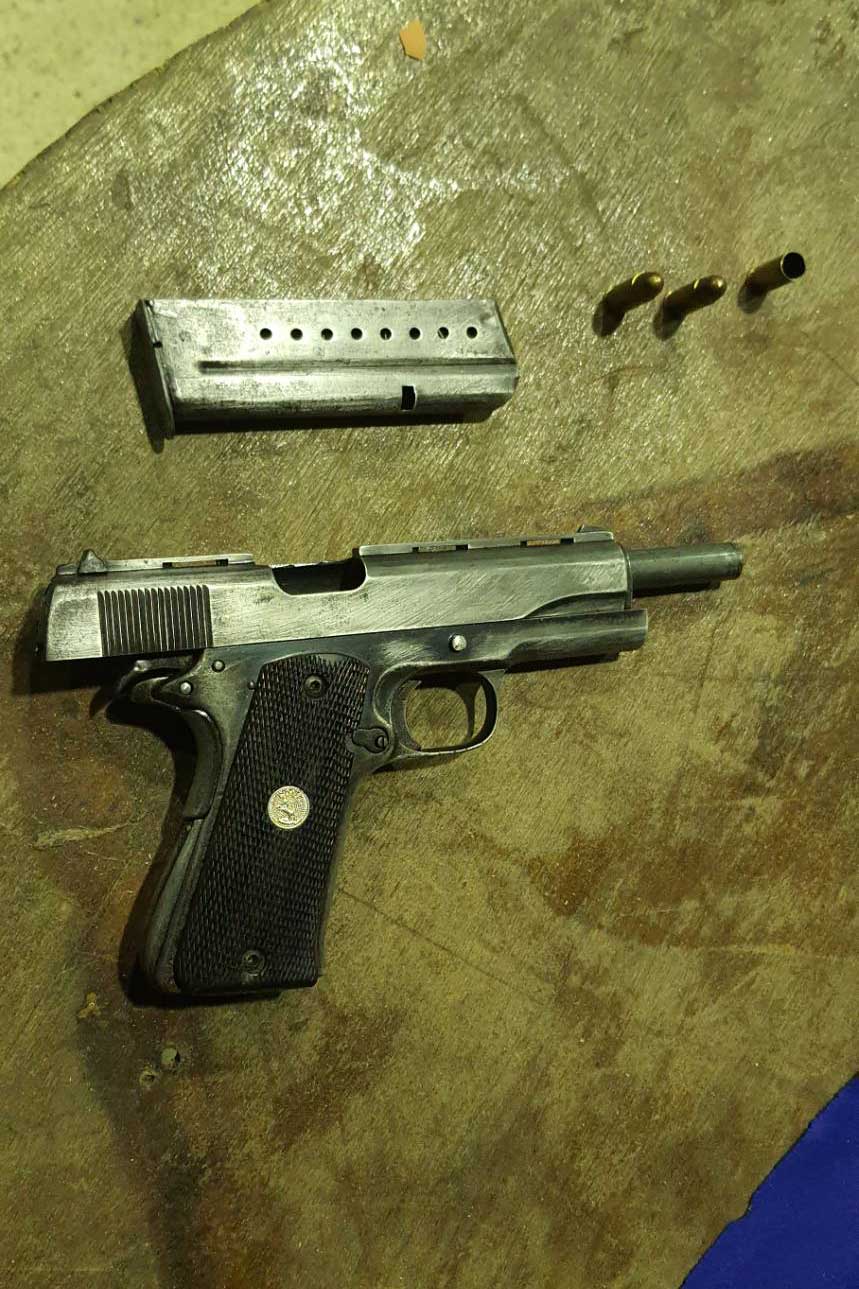 The gun used in the the fatal shooting. (Photo: Assawin Pakkawan)

However, 5 or 6 guests, including the victim and the suspect, stayed on and continued drinking. They were all at the same table. The victim and Mr Sa-ngad became involved in a heated quarrel.

Mr Sa-ngad left and went to his room, which was inside the irrigation office compound, and returned to the table shortly afterwards.

He then suddenly pulled out a gun and opened fire at Anukul, who fell from his chair to the floor and died in full view of the other drinkers.

Police took Mr Sa-ngad to Hat Yai police station for questioning and to sober up.

The man told police that he had no grudge against the victim. They worked at the same place and talked with each other every day. They went to the party and were seated at the same table.

The driver claimed that Anukul became very drunk and addressed him offensively. This led to a quarrel and Anukul punched him in the face, he told police. His anger fully aroused, he went to his room and fetched his gun.

Mr Sa-ngad told police he was also drunk and it was an impulsive act. He regretted what he had done and wanted to apologise to the bereaved family.

“If Mr Anukul, who is a senior official, had shown me respect then this would not have  happened,’’ the suspect said.

Pol Lt Col Thanawat Sengsui, deputy investigation chief at Hat Yai police station, said it was not a complicated case. The shooting arose from a quarrel at the farewell party. 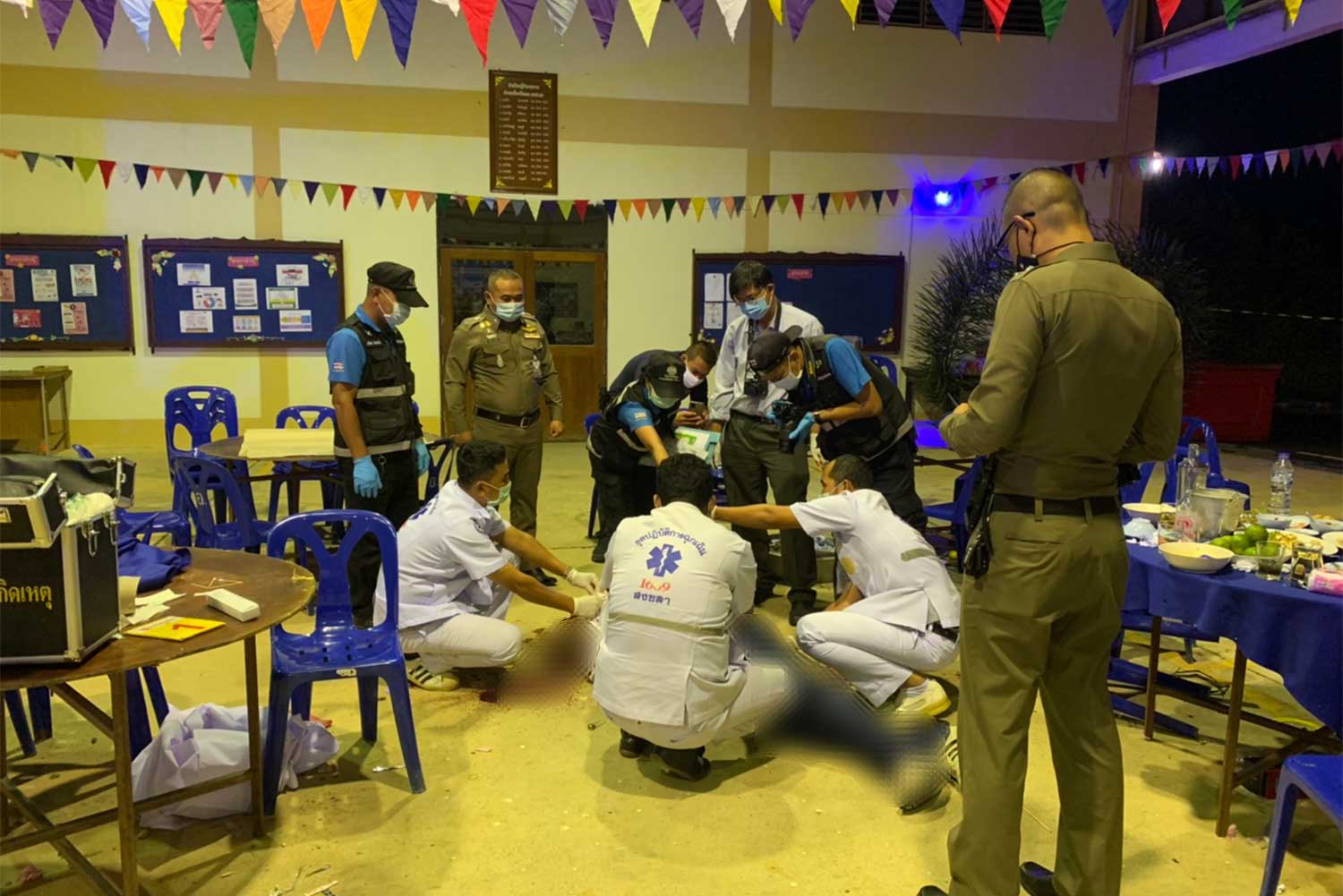 Rescue workers prepare to take the body of the murdered official from the scene of the farewell party in Hat Yai district, Songkhla.(Photo: Assawin Pakkawan)