A woman has died after eating grilled mangrove horseshoe crab in Muang district of Phuket on Sunday. (Photo: Achadthaya Chuenniran)

PHUKET: A woman died after eating a grilled horseshoe crab in Muang district on Sunday.

Somjai Kingwongsa, 64, said that on Sunday morning she and her daughter Wanthana Phutcho, 46, went to collect molluscs in a mangrove forest near Soi King Kaew in tambon Ratsada.

In addition to the shellfish, they also caught three horseshoe crabs and brought them home.

Wanthana grilled one of the horseshoe crabs and ate it. Soon afterwards, she vomited and complained of a headache, and was unable to walk steadily, Mrs Somjai said.

She took her daughter to the hospital run by the Phuket provincial administration organisation The hospital advised her to take Wanthana to Vachira Phuket Hospital, where she had received medical treatment before.

On the way to Vachira Phuket Hospital, they stopped over at their house, whereWanthana's condition deteriorated.

Mrs Somjat said she called the emergency number 1669.  Wanthana was unconscious by the time the ambulance arrived. Medics gave her CPR, but she died shortly afterward.

Her daughter's body was taken Vachira Phuket Hospital, where it was confirmed she died from eating poisonous crab meat.

Son Wongsala, a local marine life expert, said the meat of the mangrove horseshoe crab is poisonous and should not be eaten. 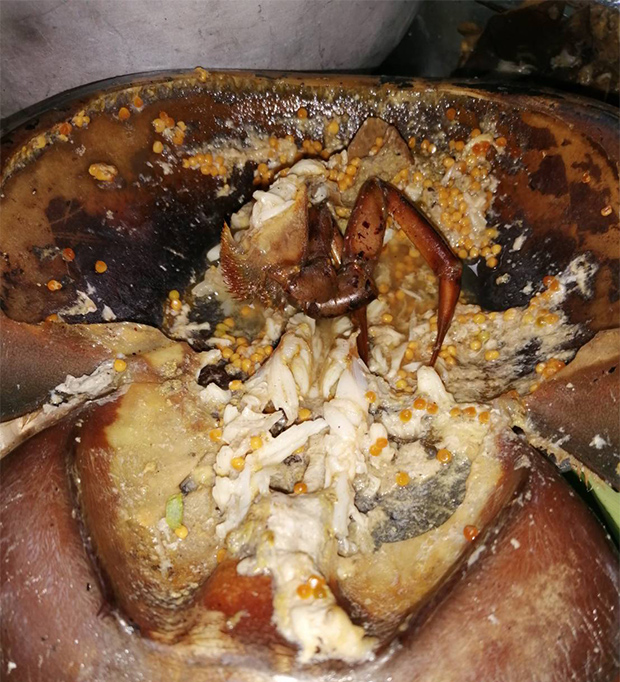 HONG KONG: ByteDance's short video app Douyin, the Chinese version of TikTok, is limiting users under the age of 14 years old to just 40 minutes of use per day, tightening technology restrictions on China's youth as Beijing seeks to further crack down on "internet addiction" following recent video game time limits.