Nineteen Chinese nationals, both men and women, are arrested for illegal entry during a police raid on two houses in Chiang Mai on Thursday. (Photo: Panumet Tanraksa)

CHIANG MAI: Nineteen Chinese nationals were arrested on Thursday for entering the country illegally during a police raid on two rented houses in Muang district in this northern province.

Immigration police and other officials on Thursday inspected the two houses at a housing estate in tambon Faham in Muang district following a tip-off that many Chinese nationals had rented the houses there and they might have been involved in illegal activities, said Pol Maj Gen Decha Kalayawutthipong, chief of the Immigration Division 5.

Authorities began the investigation and later sought court approval to search the two houses on Thursday.

They found 19 Chinese nationals, both men and women, had stayed in the houses. Only 10 of them carried passports, said Pol Maj Gen Decha.

During the interrogation, all confessed to having entered the country illegally via a natural border pass  before brokers took them to the houses. Police charged them with illegal entry.

The investigation was being extended to find those who brought them there. They were quarantined at Chiang Mai Central Prison pending Covid-19 lab test results. 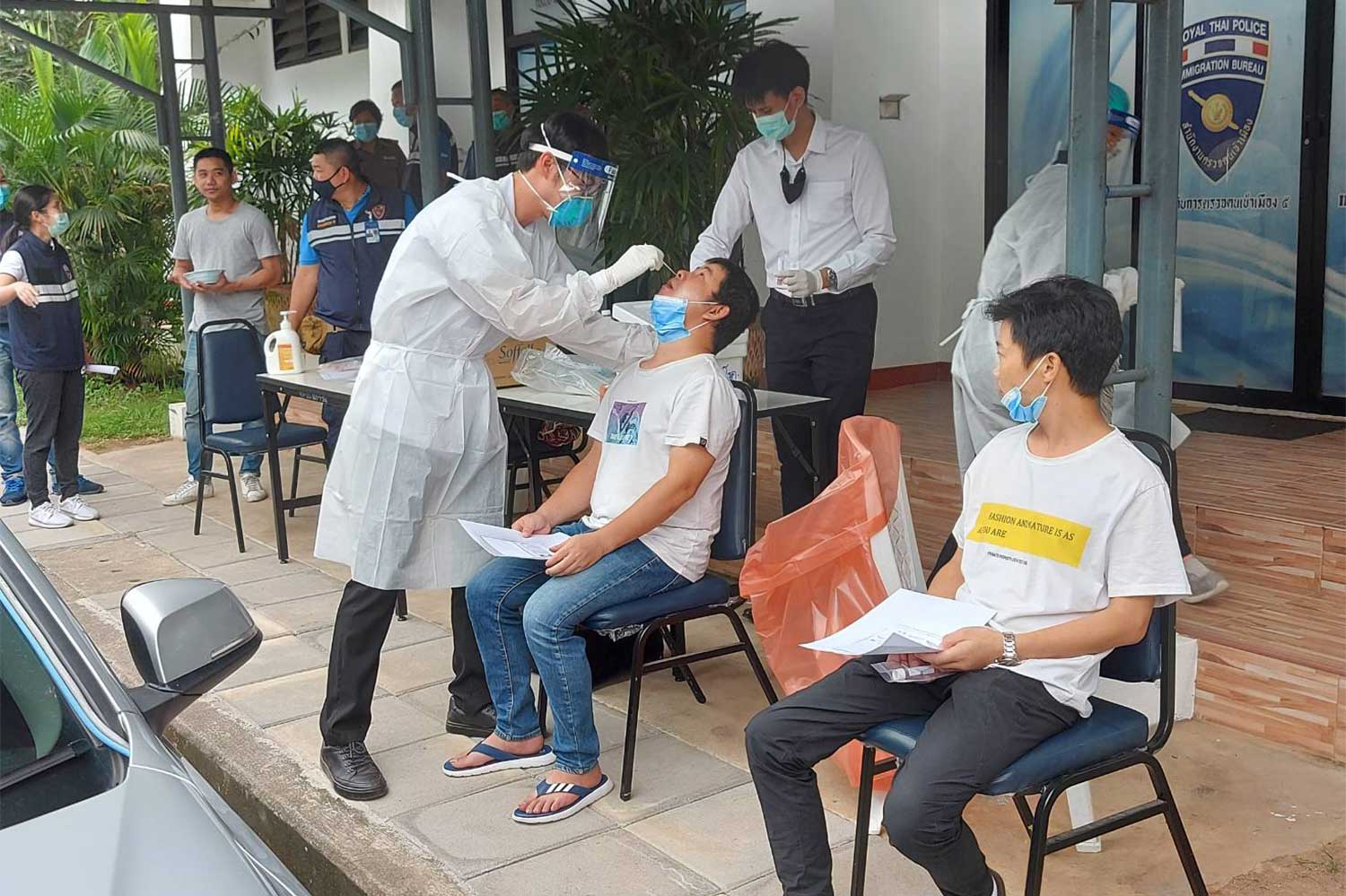 NINGBO, China: Typhoon In-Fa lashed eastern China with high winds and heavy rain on Sunday as other parts of the country were still cleaning up following historic flooding.