Houses downstream from the Lam Phra Phloeng Dam in Pak Thong Chai district of Nakhon Ratchasima are under water after a dam discharge caused canals to burst their banks. (Photo: Prasit Tangprasert)

Rescue workers on Friday boarded flat-bottomed boats to distribute relief supplies to affected people in flood-hit areas in the district after the water level at the dam exceeded its storage capacity, prompting officials to accelerate water discharges.

A huge amount of discharged water flowed into natural canals and irrigation canals, causing them to burst their banks and flood many houses and farmland on Thursday night.

Fifteen houses at Khok Samran village and 21 houses at Takhian Khu village in tambon Takhob were under water, authorities reported. 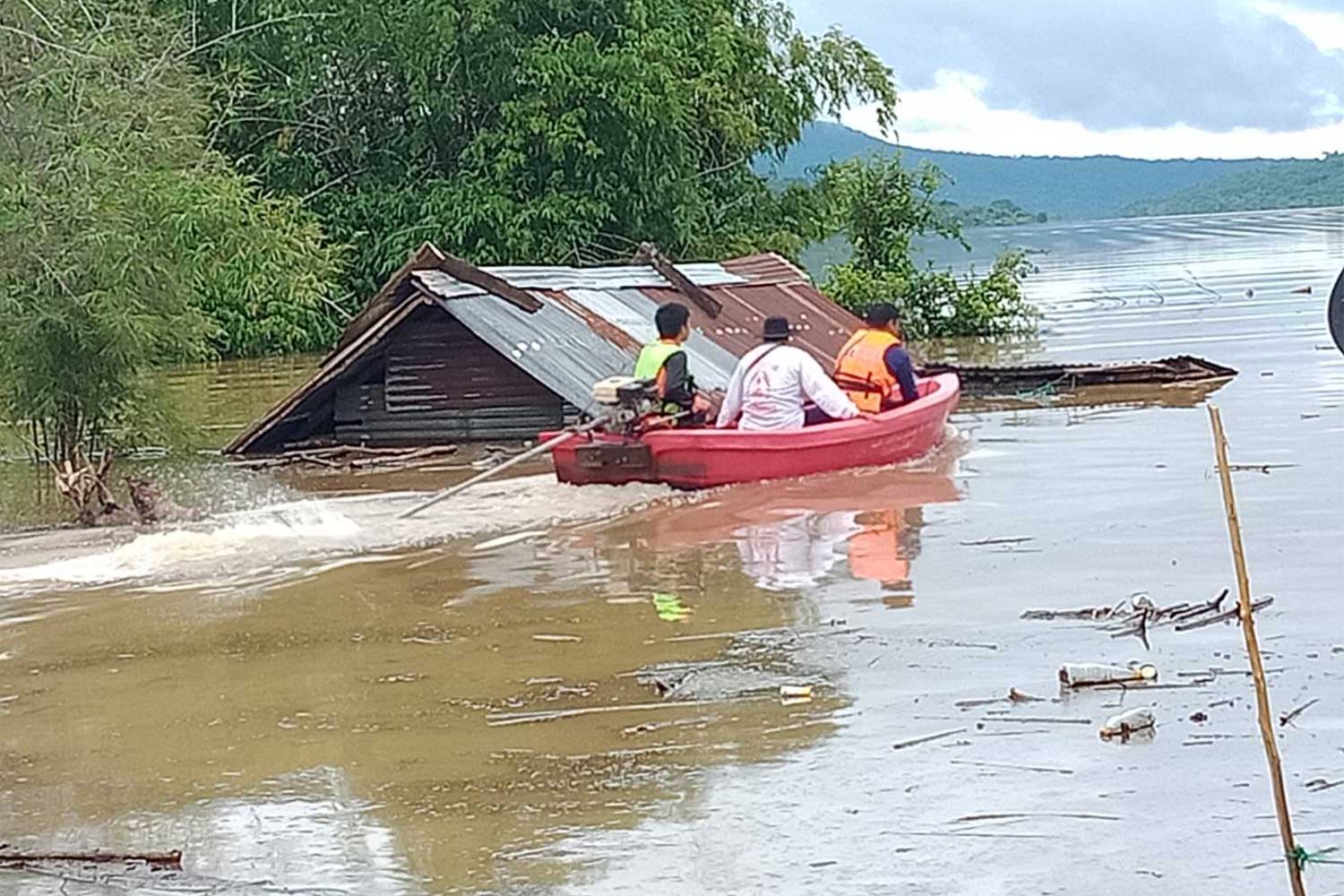 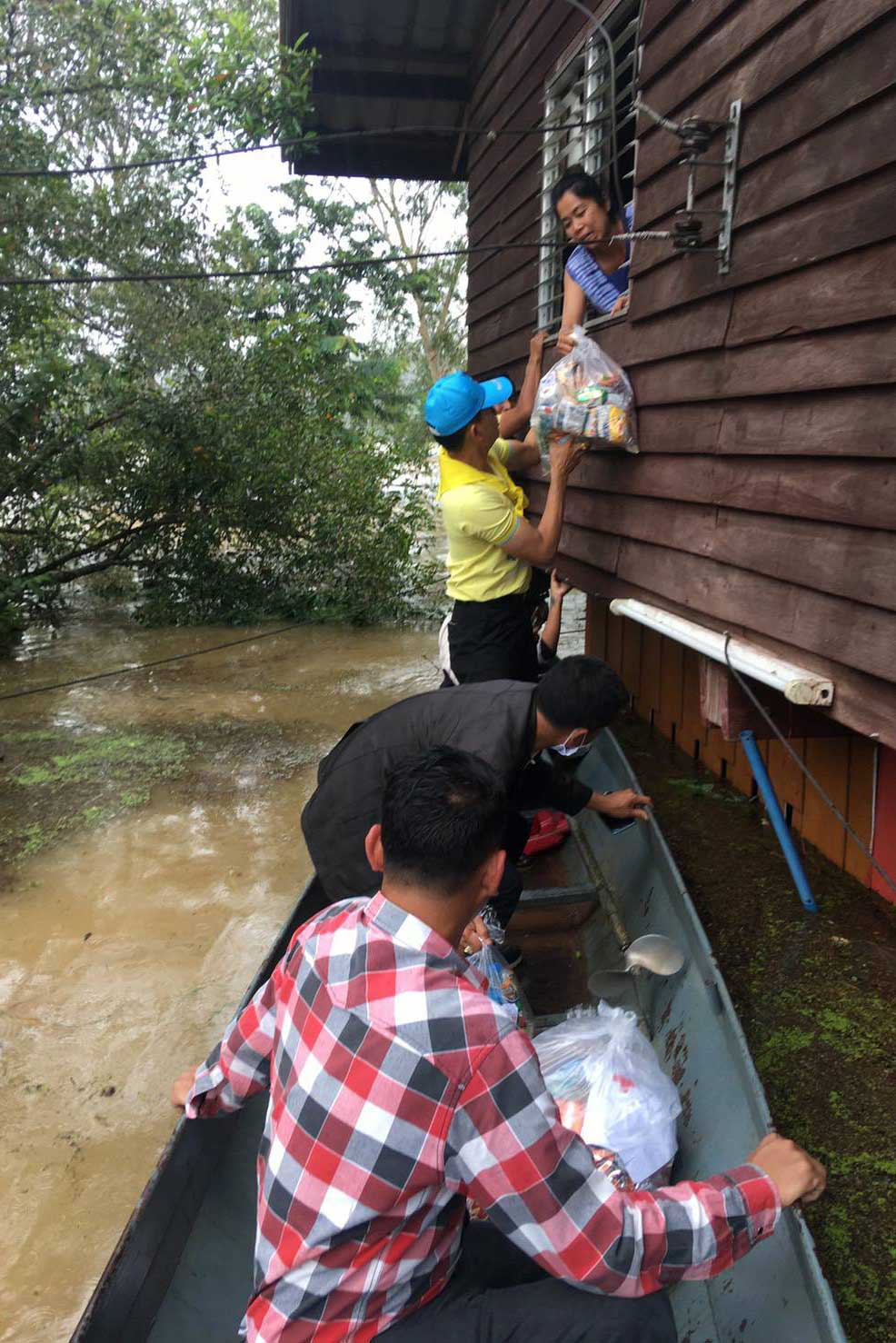