A monk and his helper sit in a boat as they pass through a heavily flooded community in Ban Kok Thai in Nakhon Ratchasima's Pak Thong Chai district on Tuesday. The district is one of worst-hit areas in a province battered by storms in the last couple of weeks. (Photo by Prasit Tangprasert)

The Lam Takhong and Lam Phlaimat reservoirs were at 105% and 102% of their capacity.

Roads, villages and an industrial estate in the heart of Pak Thong Chai were inundated, affecting more than 5,000 households in 14 communities. The flood water was at least one metre deep in some places.

Residents along both banks of the Moon River were also warned to brace themselves for flooding. Rescue teams were sent in to help flood-hit residents, local officials said on Tuesday.

Route 304 from Nakhon Ratchasima to Kabin Buri district of Prachin Buri was made impassable due to flooding 50-60 cm deep. Ban Mueangpak Samakkhi School was also temporarily closed due to the flooding. 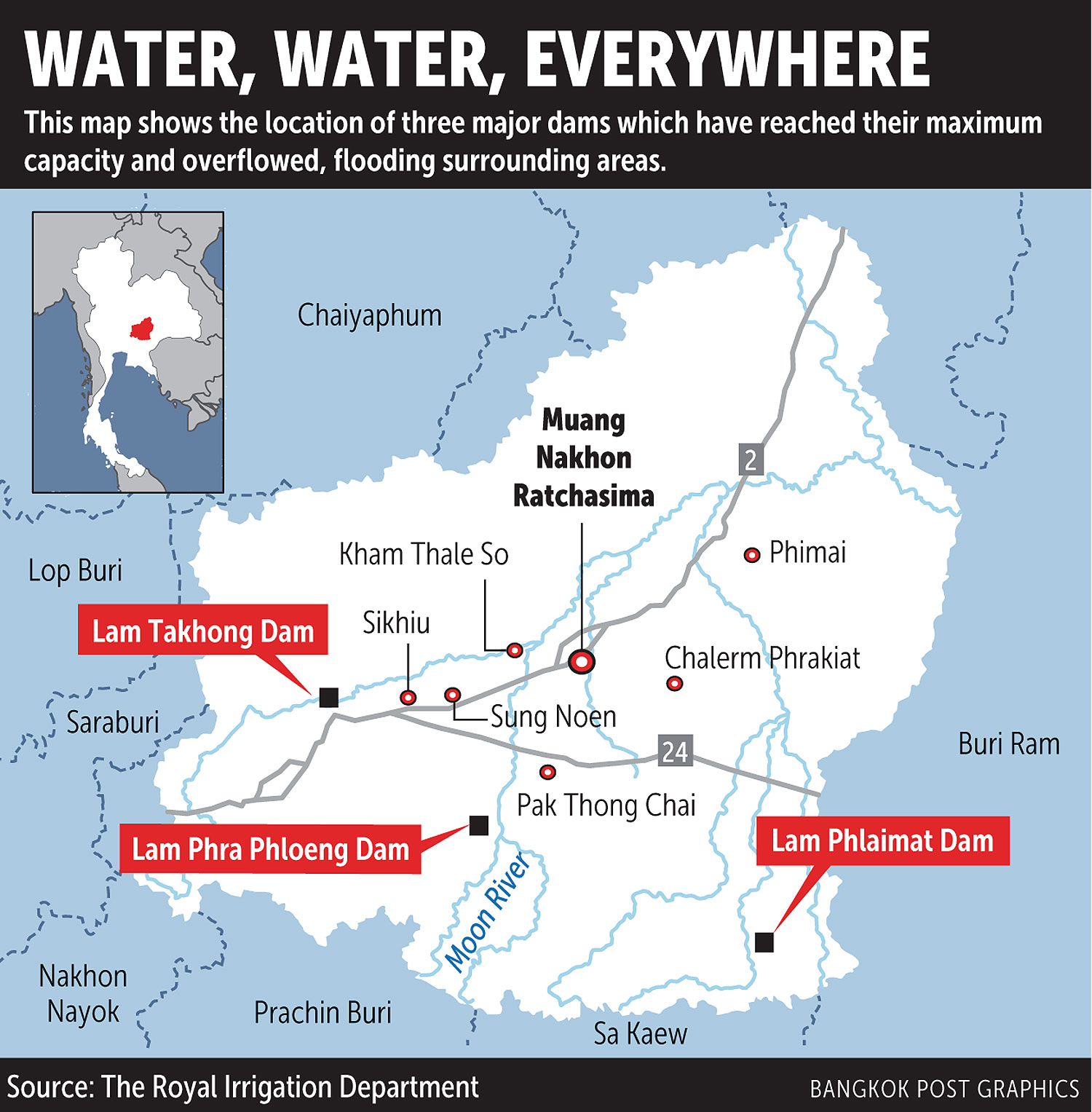 The Phimai National Museum, meanwhile reinforced its flood barriers with 2,000 sandbags in an attempt to protect its antiquities.

In Kanchanaburi, the Talat Kao Kabin community was submerged in waist-high floodwaters.

Authorities have yet to find malpractice evidence against a cosmetic surgery clinic of which patient died after a breast augmentation visit, but they have found it lacks essential life-saving equipment.