Royalist demonstrators gather in front of the Phetchaburi provincial hall to show their support and ask groups of people who they view are committing acts deemed offensive to the monarchy to stop. (Photo by Chaiwat Satyaem)

The demonstrators converged on the provincial hall at around 9am. They sang the royal anthem before their representative read a statement criticising groups of people whose actions are deemed offensive to the monarchy.

The group subsequently announced their firm stance to protect the nation, religions and the monarchy and said they were gathering to show their loyalty to the royal institution. They demanded those groups of people immediately stop their inappropriate action.

After the statement was read, their representatives submitted a letter showing their stance to Prime Minister Prayut Chan-o-cha through deputy Phetchaburi governor Natthawut Phetprom. They later dispersed. 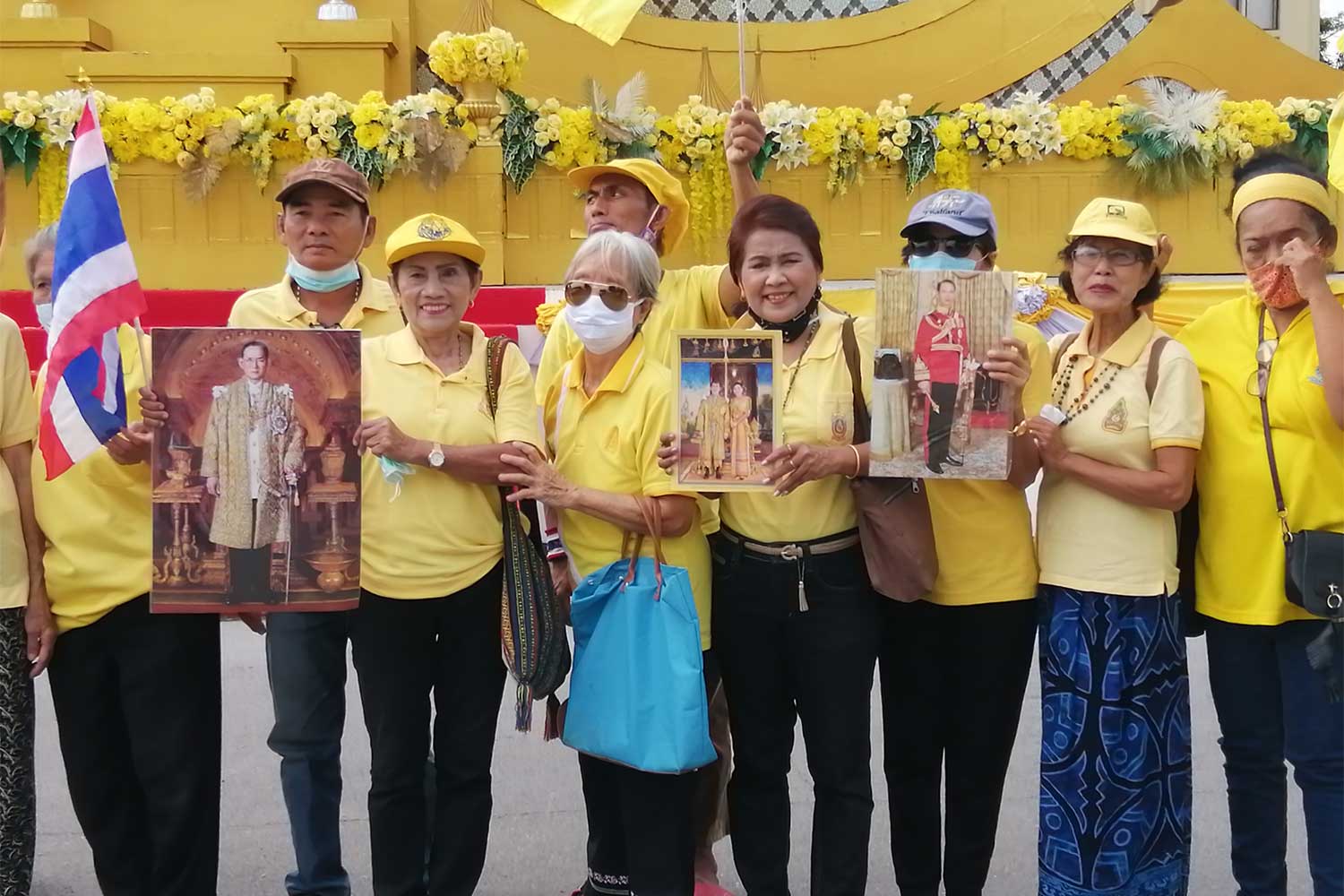 Yellow-clad supporters show up to express their loyalty to the monarchy. (Photo by Chaiwat Satyaem)