Burned out cars and houses are seen near the site of Thursday's gas pipe explosion in Samut Prakan's Bang Bo district on Friday. (Photo by Somchai Poomlard)

It has been reported that the blast and widespread fire that resulted from it were caused by natural gas leaking from the pipe leading to the Asia Industrial Estate Suvarnabhumi about 1pm.

The explosion caused nearby residents to flee and some of their homes were seen engulfed in flames.

The blast also injured 66 people, of whom 37 had been discharged from hospital by yesterday evening.

CoE president Suchatvee Suwansawat said yesterday that while initial inquiries showed that the pipe was damaged, causing high-pressure fuels to leak out and explode, the reason for the pipe's damage was not yet known.

Based on engineering principles, Mr Suchatvee said there were two likely causes for the damage: a deterioration of the gas pipe or an external trigger, perhaps machinery. 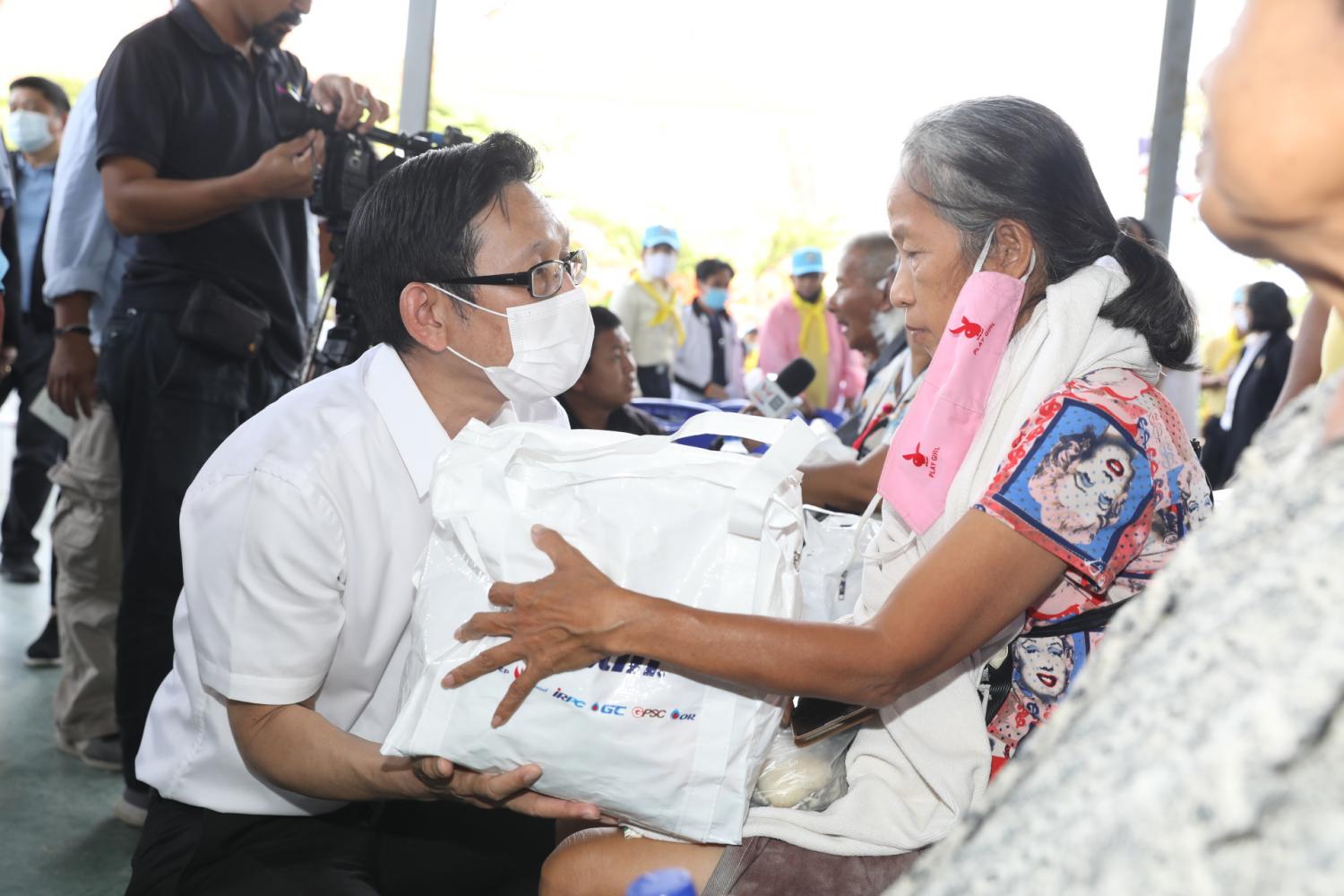 However, a gas leak should have been hard to cause, Mr Suchatvee added, for two reasons.

First, the pipe was laid under a line of high-voltage cables and people would have been warned to steer clear of that area. Also, the pipe also had been laid four metres underground, more than double the normal depth of 1.5 metres.

Therefore, people should wait for the result of a proper examination, Mr Suchatvee said, adding: "If something damaged the pipe, it must be a machine which was able to drill down four metres."

Although the gas pipe had been laid correctly for the safety of everything near it, Mr Suchatvee said the signs warning people of an underground gas pipe should have been bigger and installed every 100 metres.

In addition, he said, the council is also concerned about the rapid expansion of the district.

The Energy Ministry has therefore been asked to share the layout of the gas pipes with the Interior Ministry and other departments to prevent residential areas being allowed to expand nearby.

Mr Auttapol said the oil and gas company would cover the medical costs of those injured and all other damage, especially property damage.

PTT is appraising the damage ahead of approving compensation for those affected.

Moreover, the company is working with Samut Prakan provincial officials to provide accommodation, food, water and other essential items to the affected residents forced to take shelter at Wat Preng Ratbamrung.

Mr Auttapol PTT had complied strictly with "ASME B31.8", the universal standard for the transmission and distribution of gas through underground pipes, and these had always been checked to ensure they remained sturdy and secure.

He said an initial investigation of a parallel pipe had found nothing wrong but he pledged that his company would speedily establish the cause of the fatal explosion.