right Yellow-clad people wave national and royal flags and hold up pictures of His Majesty the King and those of His Majesty King Bhumibol Adulyadej The Great around King Taksin statue at Wong Wian Yai where they held a rally yesterday. (Photo by Arnun Chonmahatrakool)

Tanwarin Sukkhapisit of the MFP was banned from standing again after being found guilty of violating Section 98 (3) of the charter, which prohibits owners and shareholders of media and/or publishing firms from applying to become MPs.

At the same time it acquitted 57 other MPs, from both government and opposition parties, of the same offence.

The court said there were irregularities in documents containing lists of shareholders in two media companies of which Ms Tanwarin was a shareholder. 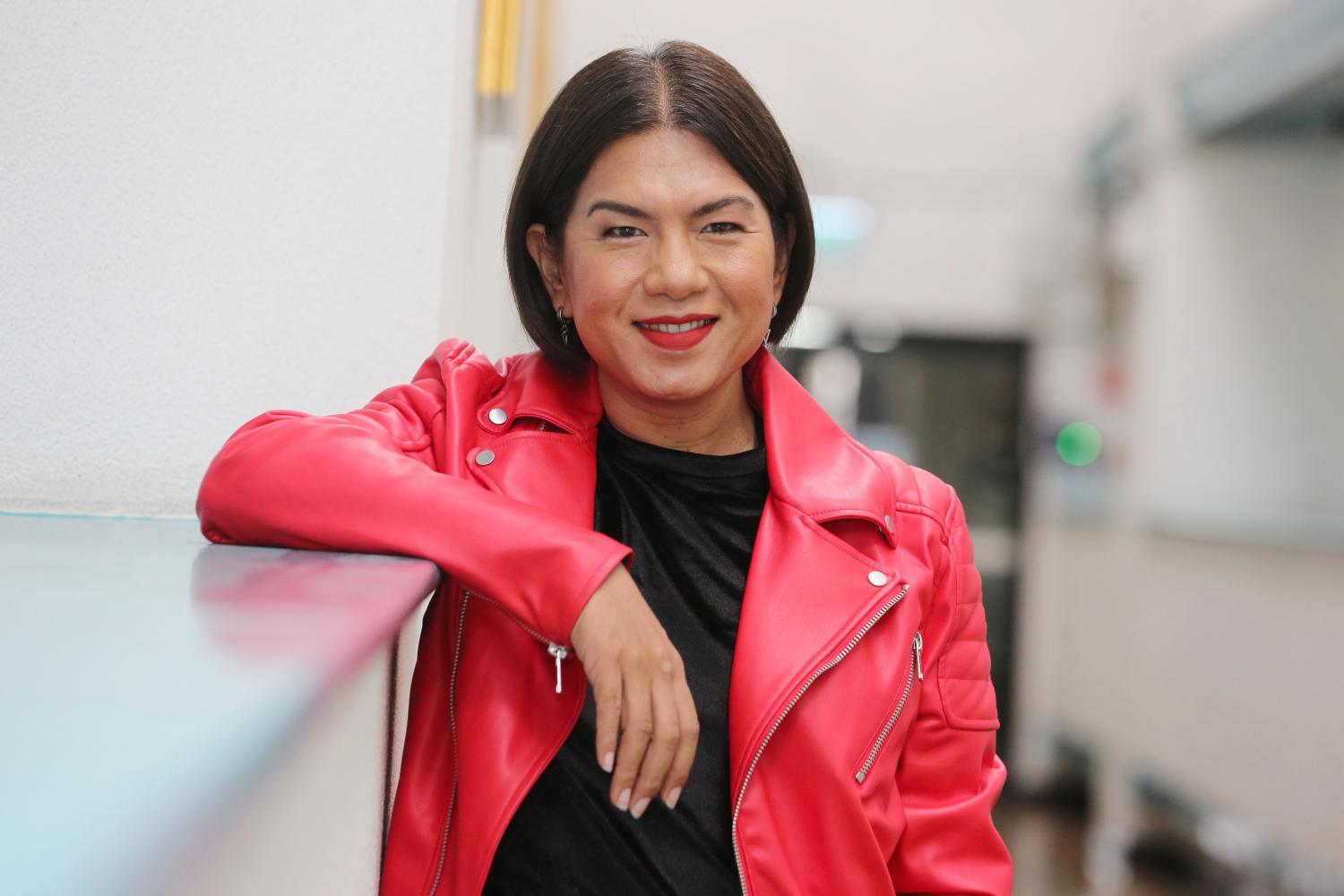 It added that the information had been fabricated to make others believe that Ms Tanwarin did not hold stakes in the two companies before she applied to be an MP and when the court gave her a chance to elaborate on the matter, she failed to do so.

The court therefore ruled Ms Tanwarin had violated the charter's media shareholding rule as she still held shares on Feb 6 last year, the day the FFP submitted a list of list MPs to the Election Commission (EC).

The disqualification is effective from Feb 6 last year, the court said.

Ms Tanwarin now faces further legal action from the EC for breaking the law on MP elections. If convicted, the penalty is a jail term of up to 10 years, a fine of 20,000 baht and a 20-year ban on becoming an MP.

Pita Limjaroenrat, the MFP leader, said his party was disappointed but not surprised with the ruling. Personally, he felt Ms Tanwarin has proved his innocence.

In June last year, the ruling Palang Pracharath Party (PPRP) petitioned the court to rule on the eligibility of 32 opposition MPs accused of violating the media shareholding rule. 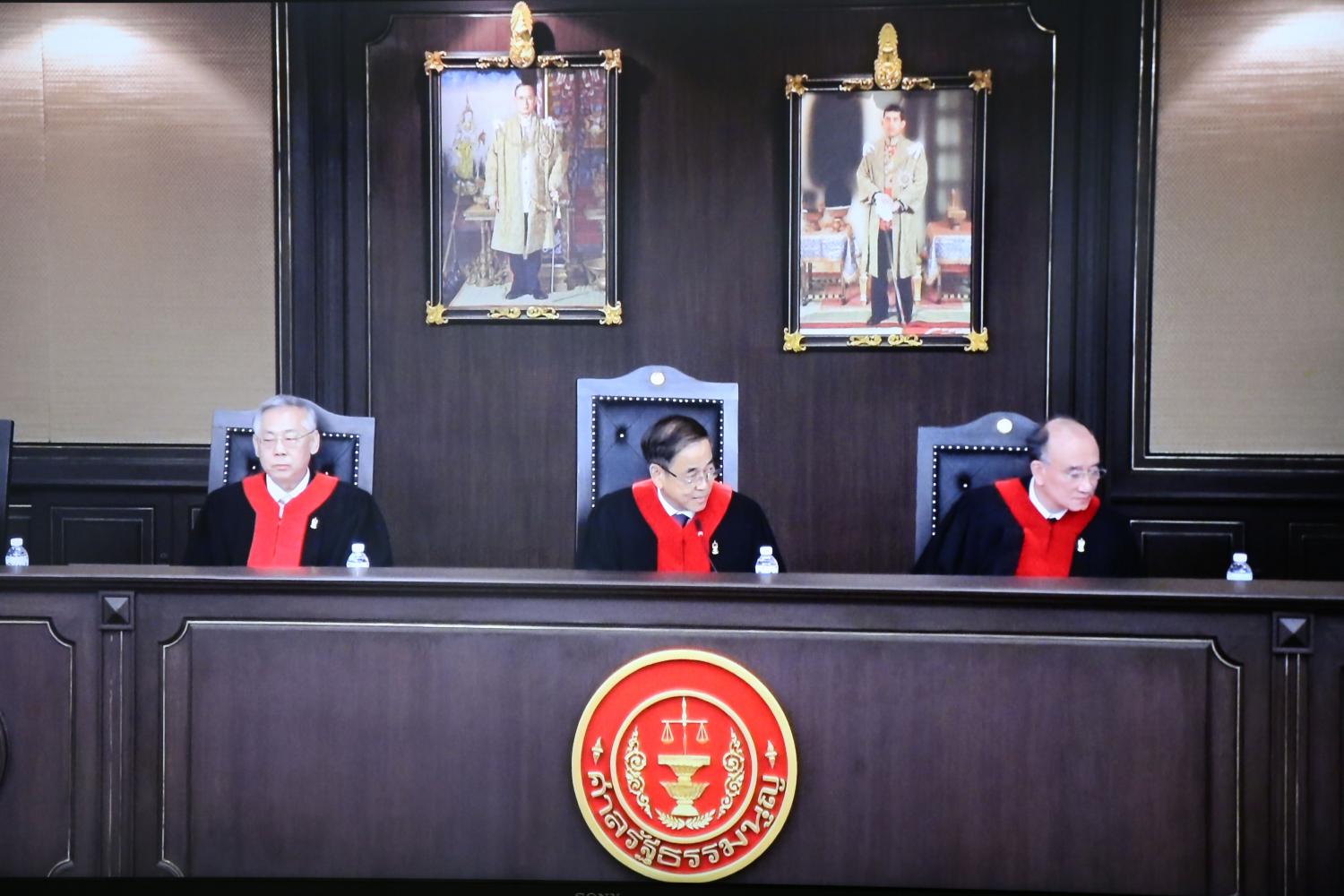 Constitutional Court judges deliver their ruling in the case against 58 government and opposition MPs accused of breaching the law on media firm shareholdings. The court only disqualified an MP from the opposition Move Forward Party. (Photo by Varuth Hirunyatheb)

The move was perceived as tit-for-tat against the Pheu Thai-led opposition camp, which had earlier asked the court to rule whether 32 government MPs had breached the same rule.

Originally, 32 opposition MPs faced eligibility reviews by the court, 20 from the now-defunct Future Forward Party (FFP), four from Pheu Thai, four from the Puea Chat Party, three from the Seriruamthai Party and one from the Prachachart Party.

But three FFP executives were later disqualified as MPs after the party's dissolution, so the number of opposition MPs facing the review fell to 29.

Meanwhile, the court yesterday acquitted all 29 government MPs of the same shareholdings offence, saying the judges found no grounds for the accusations.

Initially, 32 government MPs faced eligibility reviews, 21 are from the PPRP, seven from the Democrat Party and one each from the Bhumjaithai Party, the Action Coalition for Thailand (ACT) Party, the Chartpattana Party, and the Prachapiwat Party.

However, the number was later cut to 29 because three of them were no longer MPs.

One of the three was Pol Lt Col Waipot Apornrat, a former PPRP MP, who was stripped of his MP status after the Supreme Court sentenced him to four years in jail on Jan 15 for his role in a riot that shut down the 2009 Asean Summit.

The other two were MR Chatu Mongol Sonakul who resigned as a member of the ACT Party, which effectively terminated his MP status, and Somkiat Soralum who quit as an MP of the Prachapiwat Party.

Piyabutr Saengkanokkul, a co-founder of the Progressive Movement and a former secretary-general of the FFP, voiced support for Ms Tanwarin.

"During the past two years, you have carried out your MP duties remarkably well," he said.

"It is a pity that this country's system does not want an MP like this."