BURI RAM: A tanker carrying 40,000 litres of fuel crashed into the rear of an 18-wheel trailer truck and exploded in flames, setting fire to nearby buildings and vehicles and injuring many people, in Nong Ki district about 12.30am on Thursday.

The collision happened at an intersection on Highway 24 (Chokchai-Det Udom). Both vehicles were engulfed in flames.

Part of the tanker's fuel load spilled out onto the road surface and into the sewer.

The burning fuel flowed into about 10 nearby shops and houses, and set fire to about 20 cars and motorcycles parked on the roadside.

Terrified residents, shocked from their sleep, ran for their lives as a series of explosions rocked the area.

As steady rain fell, the burning fuel spread about one kilometre along the road and through the drains. People tried to put it out with tap water, but only spread the flames further.

As the chaos spread, more than 50 fire engines were rushed the scene. Ambulances ferried many injured people to hospital.

The road was closed to traffic for a radius of five kilometres. Fire fighters took more than four hours to control the conflagration.

The drivers of both trucks fled their vehicles before the first explosion. They were among the many injured people rushed to hospital. Police said the tanker truck driver confessed he dozed off before the crash.

The oil company had to unload about 30,000 litres of fuel left in the tanker before emergency crews could begin clearing the intersection of the wreckage.

Initial estimates put damage at many millions of baht. 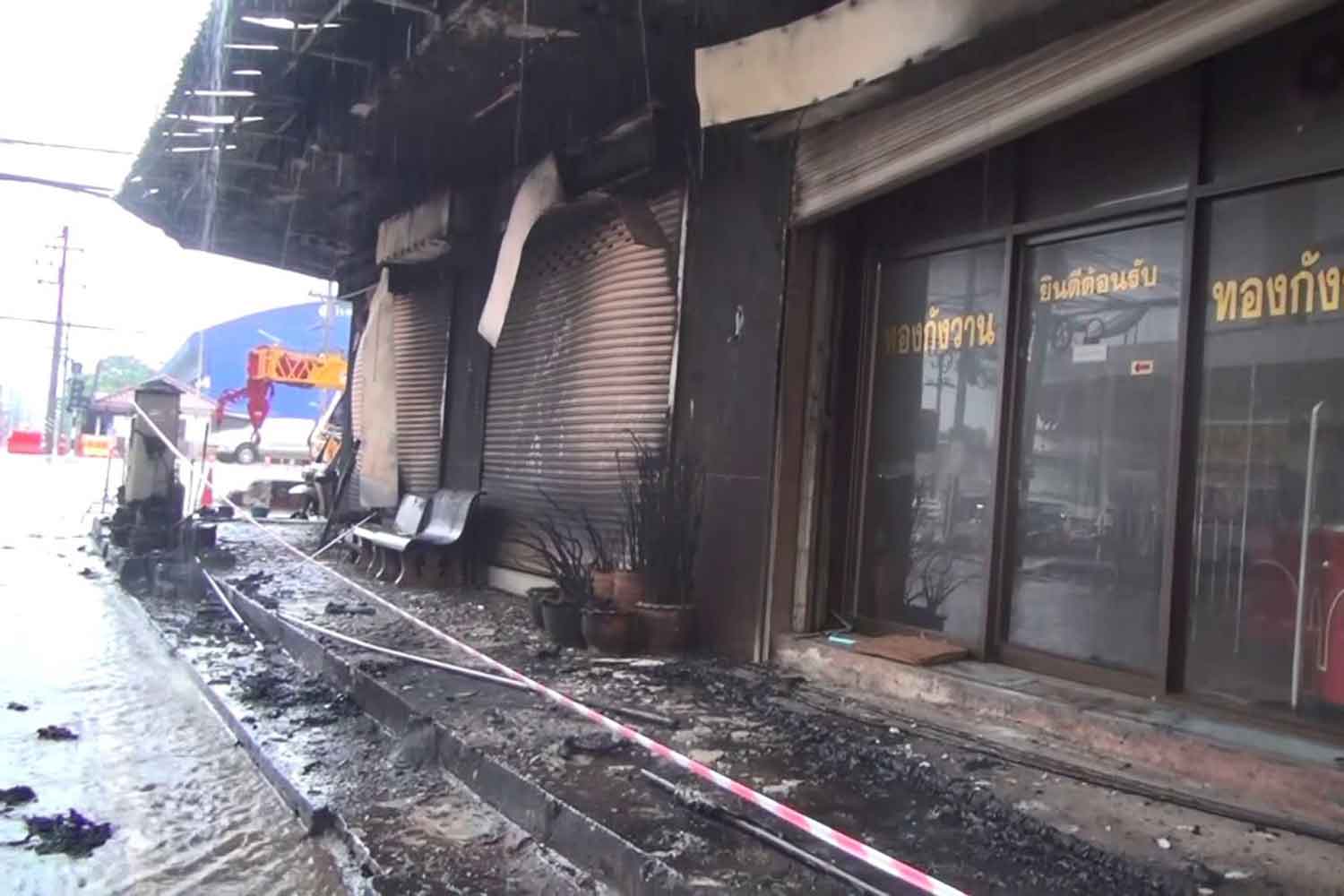 Shops damaged by the explosion and fires. (Photo: Surachai Piragsa) 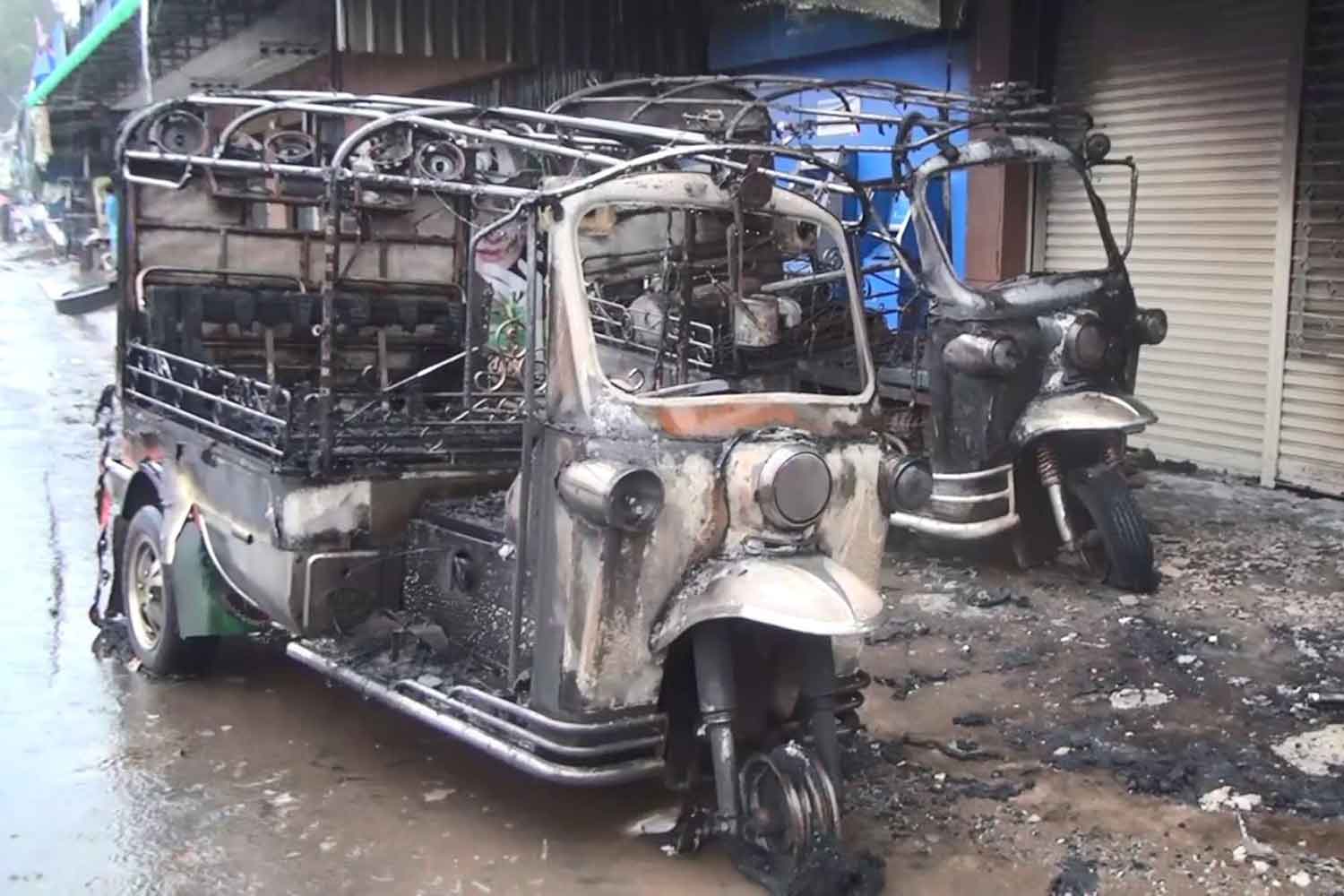 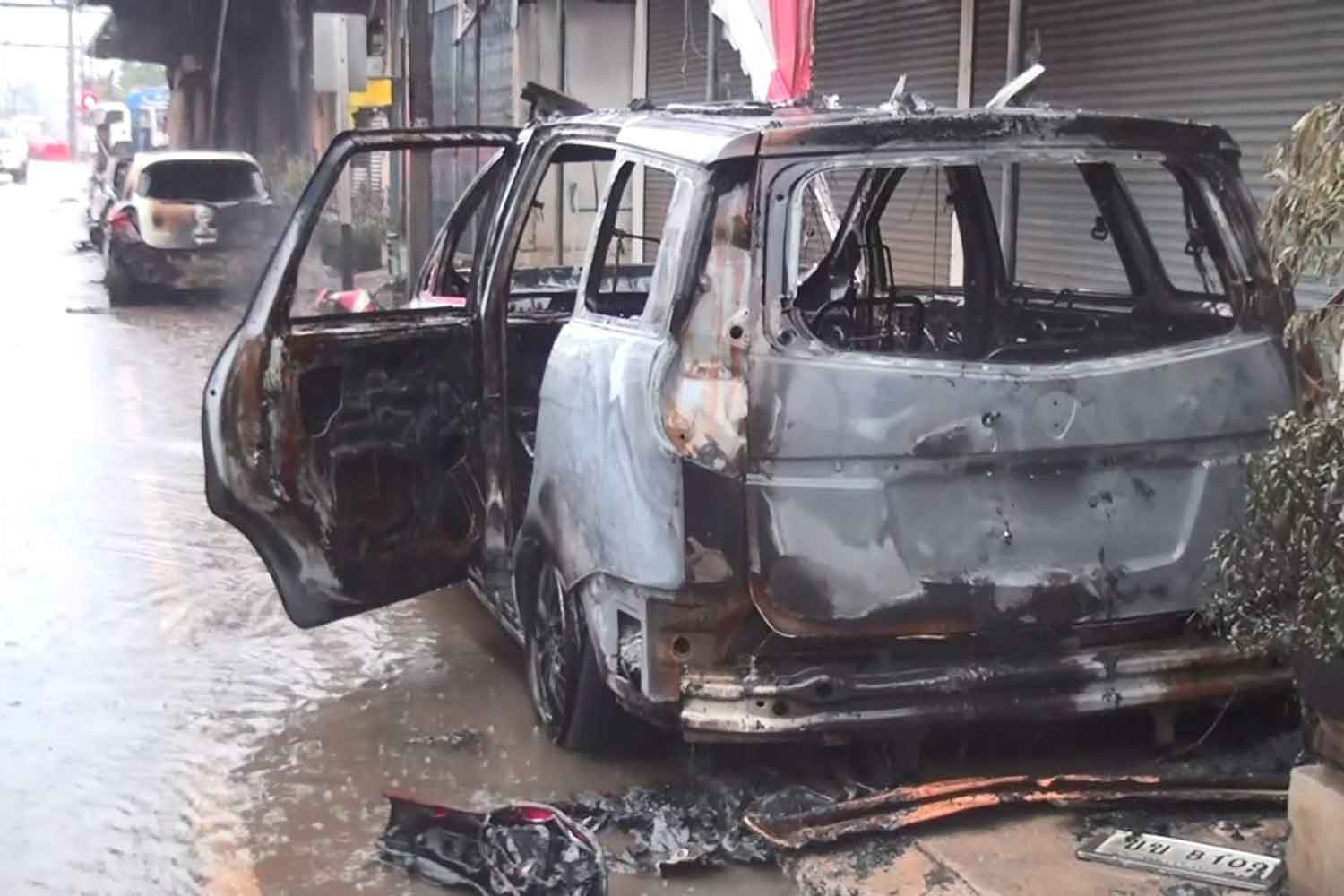