Hundreds of people gather on Silom Road in Bangkok on a march for democracy and equal rights for LGBT+ people on Saturday evening. (Photos by Apichit Jinakul)

The “Seritoey Plus” (Free Gender) group of black-clad people gathered at Samyan Mitrtown in Pathumwan district at around 3.30pm.

While the choice of the group’s name was not explained, it brings to mind Seri Thai, the Thai underground resistance movement against Imperial Japan during World War II, and katoey, a Thai term used to describe transgenders.

The demonstrators planned several shows and dances on Silom Road, the destination of their march.

The organisers said the objective of the march was to stimulate the economy brought to its knees by the Covid-19 outbreak and the mismanagement of the government. They said the event would end at 9pm after which participants would disperse to patronise shops in the Silom areaa. 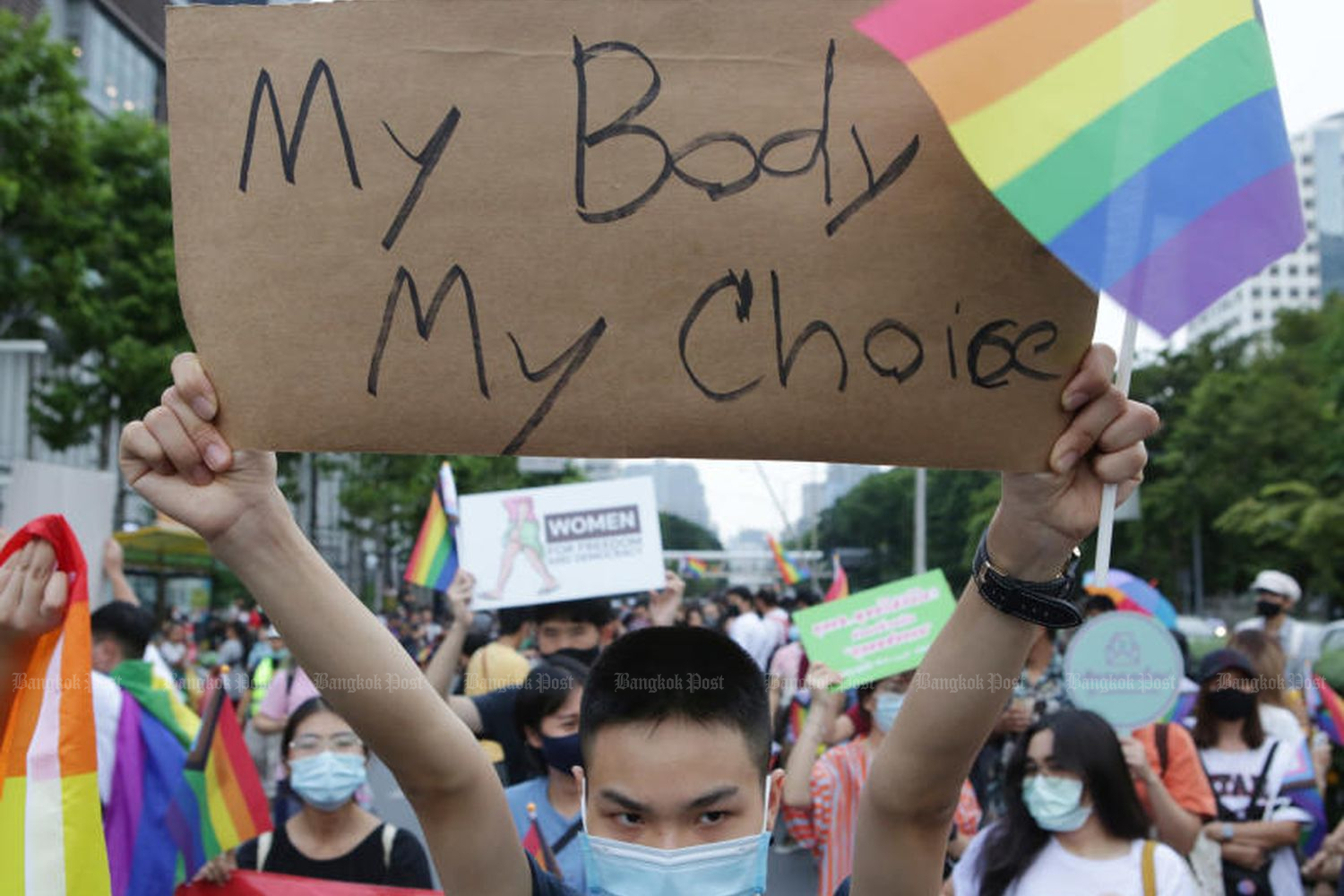 People along the streets cheered them on, took pictures and waved at the parade, which was flanked by “CIAs” — food vendors known for their uncanny ability to know where a rally is to take place before anybody else does.

The marchers stopped in front of the Thai Red Cross Society, urging the organisation to start accepting blood donations from LGBT+ people. Their reason? “Any gender runs the same risk of contracting sexually transmitted diseases. Not only katoeys or LGBT+.”

Rain on Me by Lady Gaga & Ariana Grande blasted from speakers when the rain began to fall, followed by Run the World by Beyonce. Sirapob “Raptor” Attohi, a co-leader of Seritoey Plus, shouted from a six-wheeler: “Rain we can stand. We’ve been putting up with this government for so long. CIAs, you can go ahead and wait at Silom intersection. A fight for democracy does not have only men.”

The marchers chanted “Prayut out” along the way.

At the BTS Saladaeng station on Silom Road, demonstrators took turns giving speeches from the truck. They talked about current issues, including the disappearance of Wanchalearm Satsaksit in Cambodia five months ago. An outspoken critic of the military regime, Wanchalaerm was also a campaigner for equal rights for LGBT+ people. 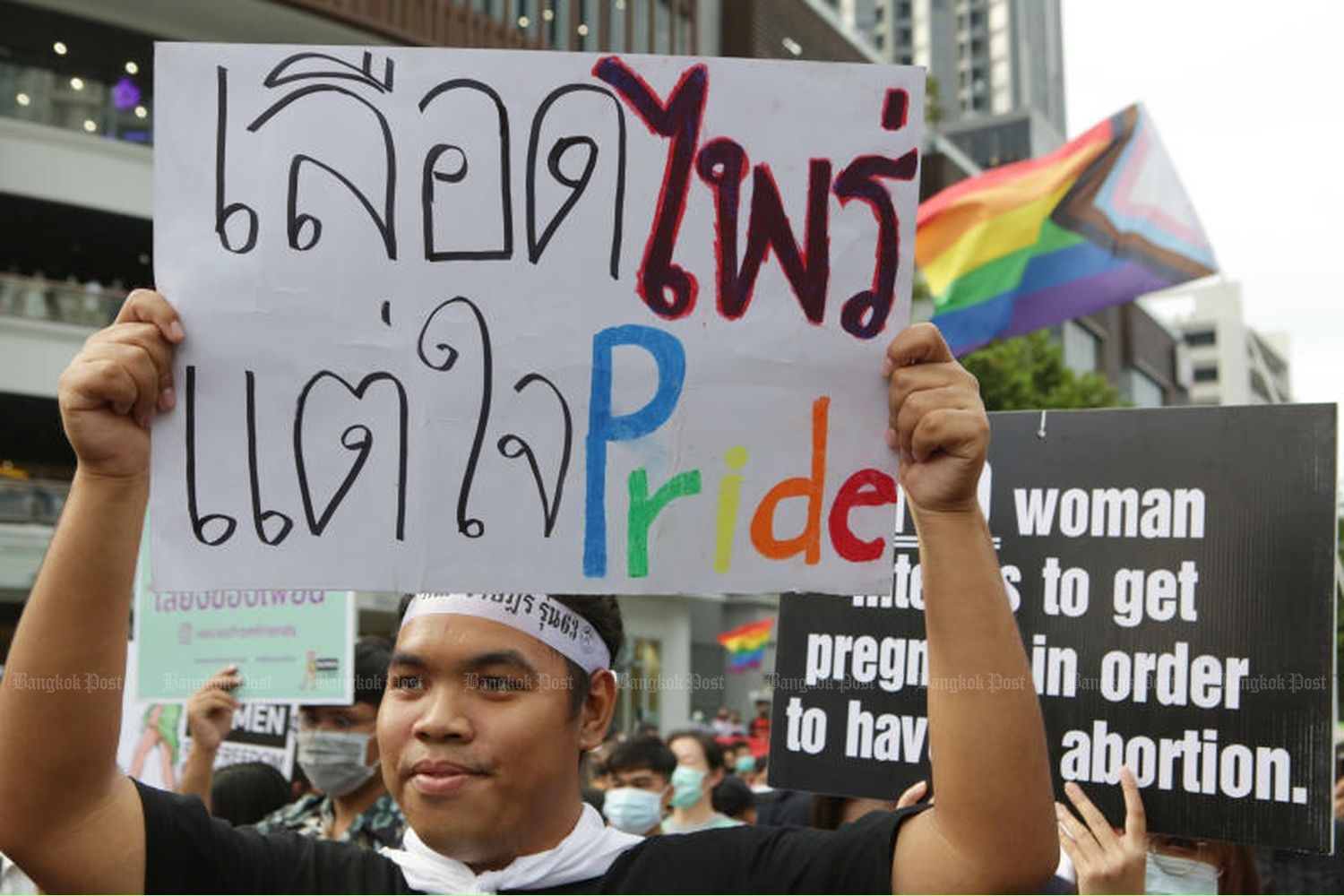 A demonstrator shows a placard that reads: Blood is ‘Prai’. Heart is Pride