Jitiwat Nakchamsilp (left) lies on a lounge chair with a man and a girl in a flooded underpass in Non Sung district of Nakhon Ratchasima. (Photo from Jetiya Nakchamsilp Facebook account)

NAKHON RATCHASIMA: After waiting almost a month for the State Railway of Thailand (SRT) to drain a flooded underpass, locals in Non Sung district of this northeastern province figured out a way to get the agency's attention.

Residents of tambon Non Sung were unable to use an underpass beneath the northeastern railway line since it was flooded by torrential rain on Oct 28. The rain stopped but the road remained impassible as nobody from the railway agency came to drain the water. 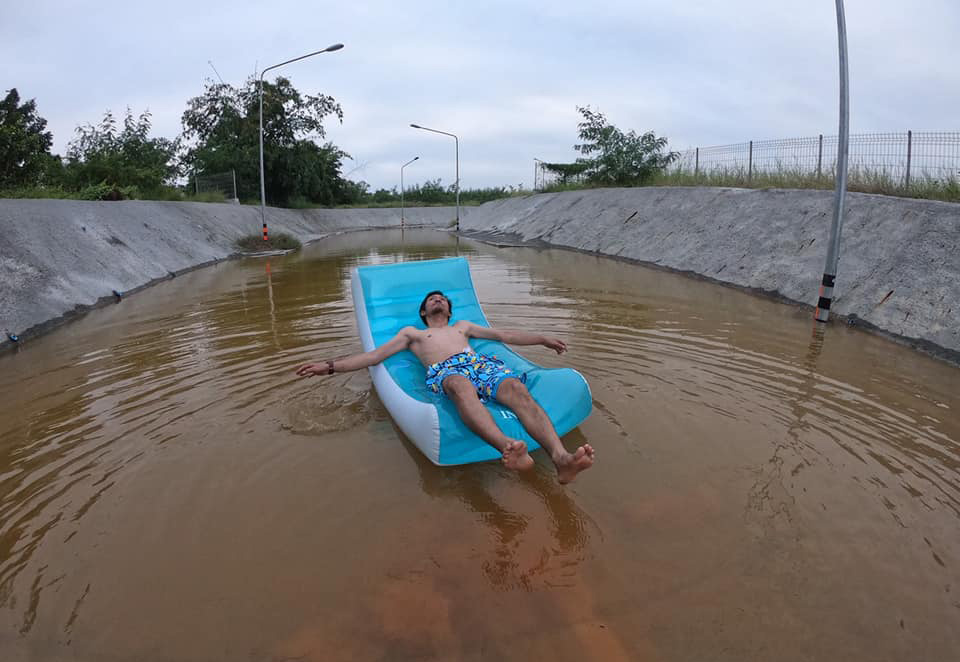 Jitiwat Nakchamsilp then came up with an idea to publicise the problem by pretending to turn the flooded road into a new tourist attraction. He, another man and a girl took a floating bed, lounge chairs, fishing rods and picnic gear to the underpass to send an eye-catching message about the month-long flood.

The Facebook post on Friday went viral, was picked up by mainstream media and eventually noticed by the SRT.

"I decided to post it to get the attention (of the SRT)," Mr Jitiwat said. "People here have nobody to turn to."

The underpass comes under the SRT's jurisdiction as it was built for the safety and convenience of residents who live near the Nakhon Ratchasima-Nong Khai line. 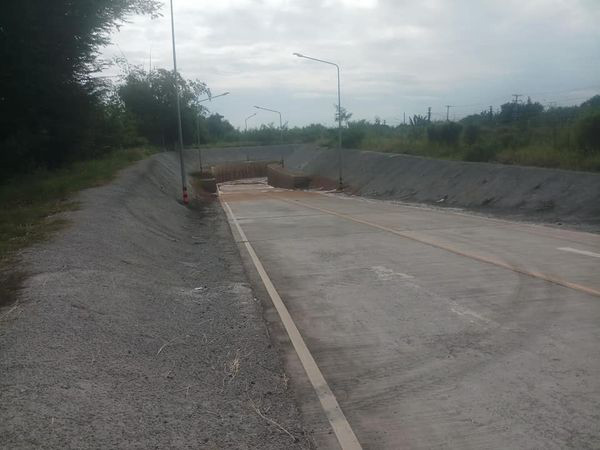 Water that flooded the underpass was finally drained out on Sunday. (Photo from Jetiya Nakchamsilp Facebook account)

With the underpass submerged, locals were forced to travel several kilometres to cross the tracks.

Once the issue grabbed national attention, the SRT rushed to the location with water pumps and then drained and cleaned the road with help from CK Karnchang Plc, a construction firm working on the railway line, along with the Non Sung municipality.

"The drainage system in the underpass was out of order because soil was blocking the pipes," the railway agency wrote on its Facebook page.

"The SRT would like to apologise for this inconvenience," it added.