A pro-monarchy supporter caught with a pistol and ammunition at the rally site in Kiak Kai area, near parliament, on Tuesday night told police he carried the firearm for self-defence.

Kasidit Leelamuktanan, 35, was detained by soldiers from the 1st Calvary Battalion. They seized a .357 pistol and 10 bullets from him and reported it to Tao Poon police around 8.30pm.

During police interrogation, Mr Kasidit admitted he took part in the pro-monarchy demonstration on Tuesday, but said he had the pistol with him only for self-defence. (continues below) 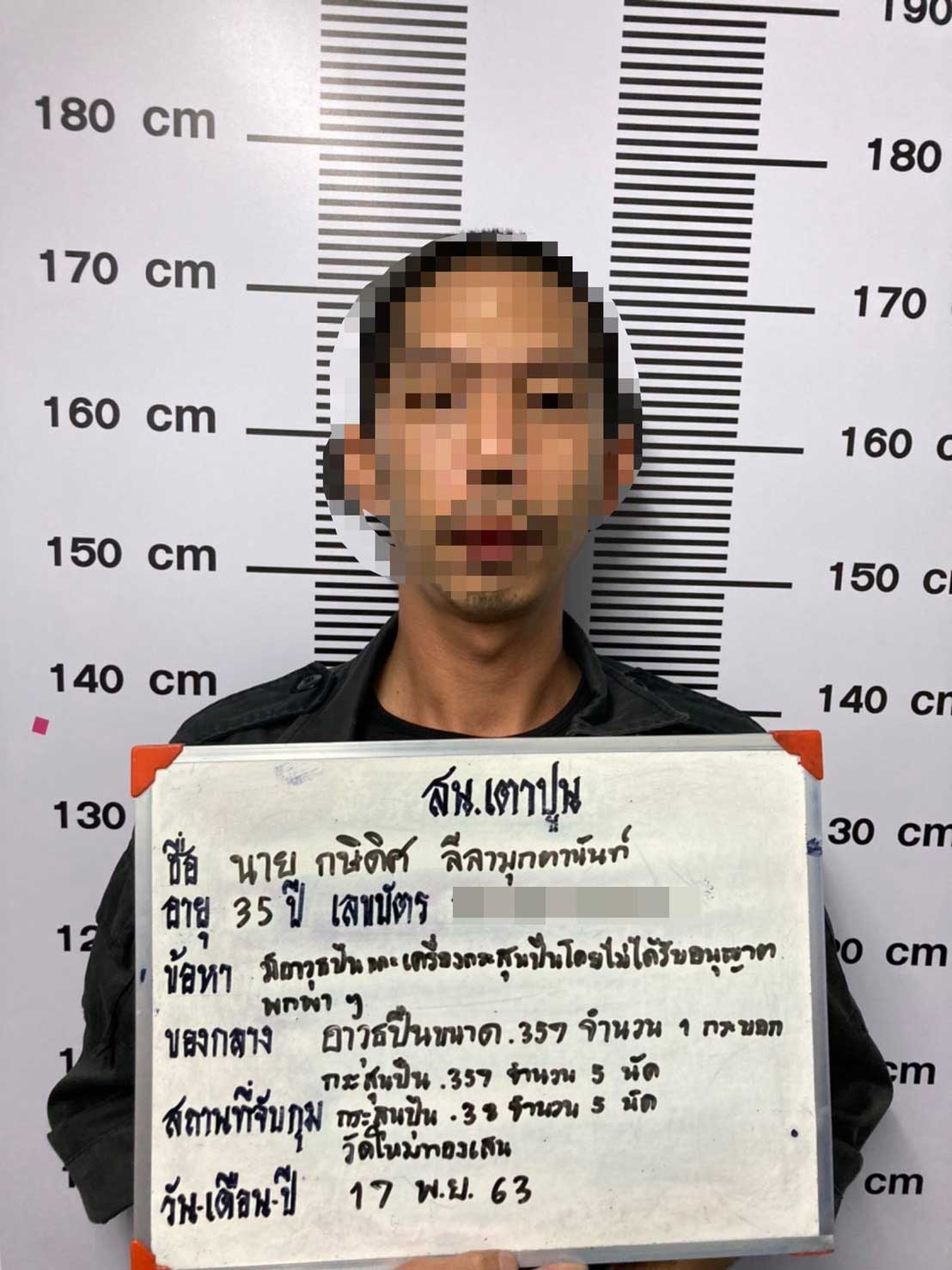 Kasidit Leelamuktanan, 35, a pro-monarchy supporter arrested on charges of illegal possession of a weapon. Police issued this blurred photo, but the sign he is holding  gives the suspect's full name. (Photo supplied)

As clashes between pro-democracy demonstrators and pro-monarchy supporters erupted on Tuesday evening, he decided to hide the gun and ammunition near the fence of Wat Mai Thong Sen, on Thaharn Road in Dusit district of Bangkok. He feared it could cause problems for him.

He then went to wait near a military flat. When the situation calmed down, he went back to  where he had hidden his gun.

Soldiers assigned to guard the area noticed him rummaging around for something. They moved in to see what he was doing, and uncovered the pistol and ammunition. They held the man and called police.

Mr Kasidit was being held at Tao Poon police station on charges of illegal possession of a firearm and ammunition, and carrying them in public without good reason.