The government threatened on Tuesday not to buy electricity from Sanakham dam in Laos after it learned the project might affect the Mekong River. 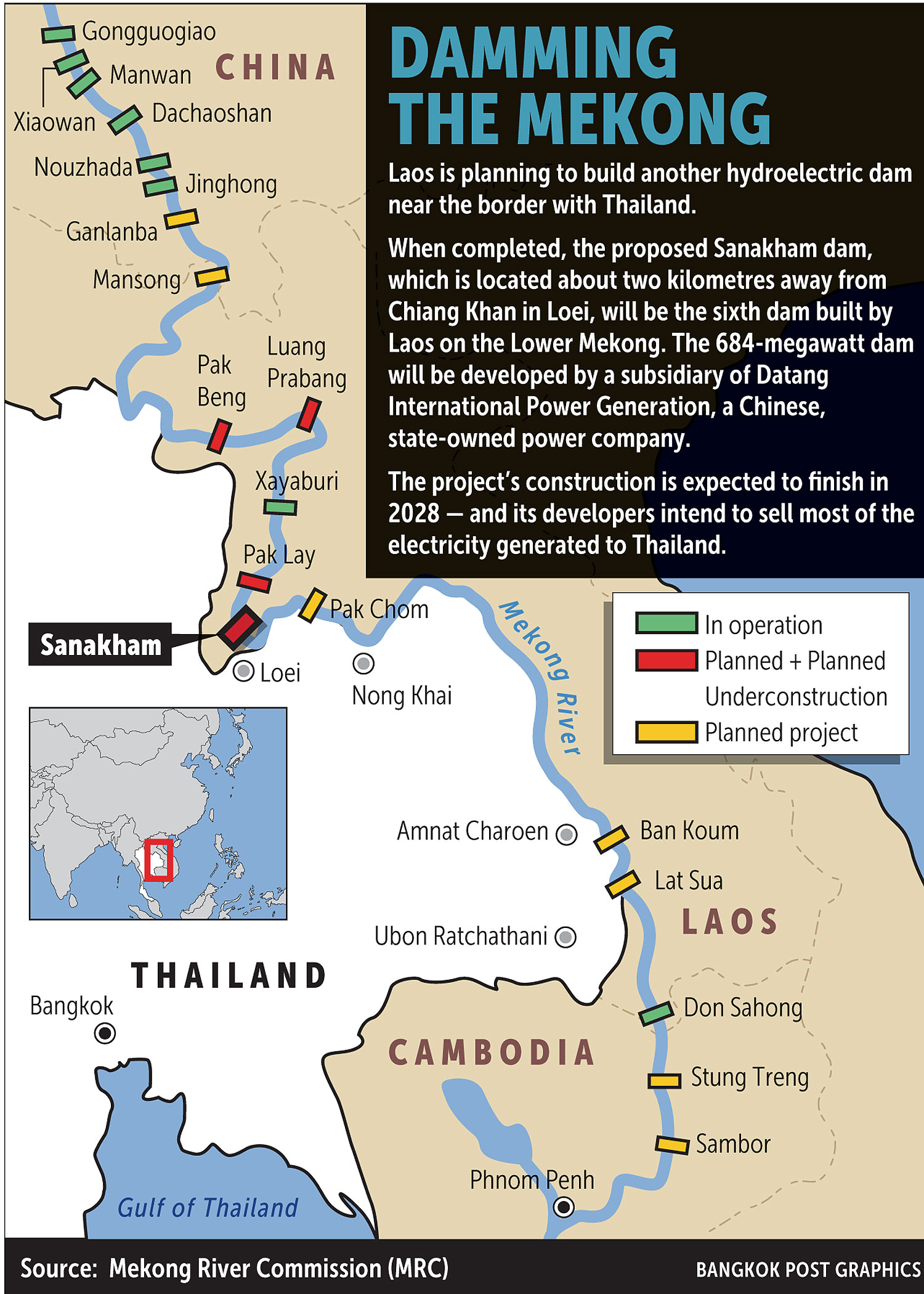 "The country's territory is our paramount concern," Somkiat Prajamwong, secretary-general to the Office of National Water Resources, said on Tuesday after a seminar on the Mekong River in Bangkok.

"We won't agree to the project unless we have clear evidence that the border is not affected."

Mr Somkiat said the cabinet agreed on Monday that Deputy Prime Minister Prawit Wongsuwon would officially express the government's stance against the project at a virtual ministerial meeting tomorrow.

He said Thai authorities were concerned that the location of the dam was too close to the river, which has always been used to demarcate the Thai-Lao border.

Mr Somkiat said the cabinet had grave concerns about both the freshwater ecological system and the livelihoods of people living along the Mekong River.

Therefore, he warned that the Thai government might reconsider its decision to buy electricity from the project.

"The Thai government has the authority to decide whether or not the project greatly damages the environment," he said, adding that the Ministry of Energy felt the country had plenty of power reserves and didn't need to buy any more from Laos.

In addition, he said that the issue of the impact of the Sanakham dam on water division would be forwarded to a bilateral border committee.

He also said the government would reverse its decision to stage public hearings in eight provinces along the Mekong River unless it received the technical details it required.

Thailand is still waiting for the Lao government to provide additional data about various aspects of the project, including sediment and water flow, to name just two.

The Lao government plans to build the 684-megawatt hydropower plant only 1.4-2km from Loei's Chiang Kan district. Construction by a Chinese firm is slated to start this year and finish in 2028 at a cost of 6.4 billion baht.